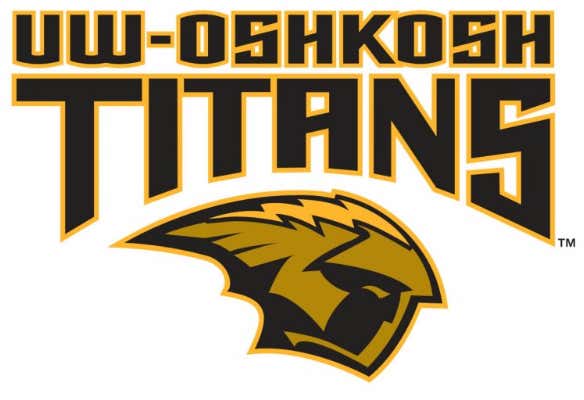 HUUUUUUGE news if you played football for the University of Wisconsin-Oshkosh Titans in 2016 – which, as a blogger who knows her audience, I’m guessing is thousands upon thousands of you… – You are now a National CHAMPION!!!! And it’s all thanks to a scandal of epic proportions boiling over with the team you played who won that year, the infamous Mary Hardin-Baylor Crusaders.

It’s a tale as old as time where a coach tossed his morals & rules into the garbage to keep a talented athlete happy & at peak performance. The classic ‘give a student-athlete an absolute panty-dropping-pussy-wagon so they can stunt all over town & feel that BDE’…

The car? An ultimate fuck-mobile:

The story? A reminder that the NCAA fucking suuuuuuucks!

From Shehan Jeyarajah at Texas Football:

The NCAA has vacated all wins by Mary Hardin-Baylor football during the 2016 and 2017, including the 2016 D-III national championship, as punishment for rules violations.

The infractions occurred when head coach Pete Fredenburg loaned his 2006 Subaru to student-athletes. One player was allowed to use the car for 18 months during the 2016 and 2017 seasons, according to the Associated Press. On another occasion, Fredenburg loaned the car to another student, but it broke down within an hour and was towed.

I have a passion to help youngsters,” Fredenburg told reporters. “He desperately needed some help. I felt like I was okay with the interpretation of the rules. I had an old car that was in my driveway and I loaned it to him.”

Looking more into the story, the school self-reported to the NCAA when they realized the car loan had gone against the rules (which it seems the coach genuinely misunderstood), and they even imposed their own punishments which included,

“a two-year probation period, enhanced compliance training and a $2,500 fine. Fredenburg received a three-month suspension without pay and a three-game suspension”,

…but that still wasn’t enough for the NCAA. Now the team’s losing 29 wins and a national championship as well.

Pretty much all of the responses on this story expressed disappointment, frustration, and a general disdain for the workings of the NCAA. People also pointed out that these punishments especially hurt at the DIII level: 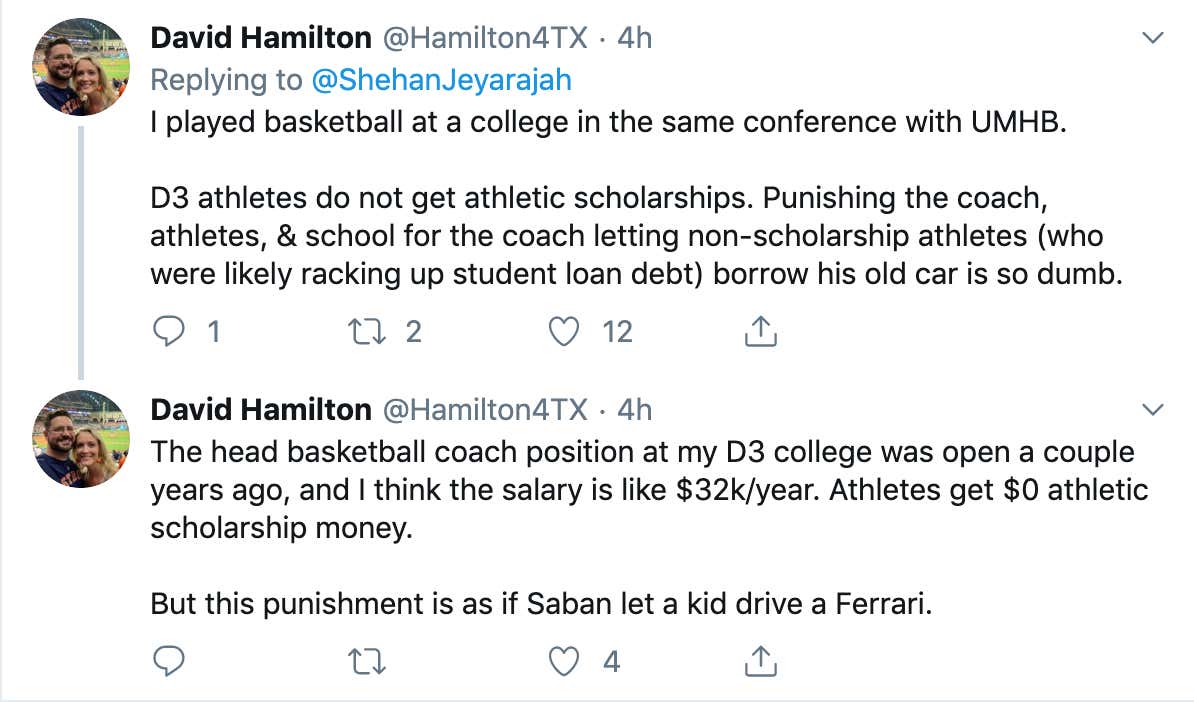 You might be familiar with Ohio State passing out whips like candy a ways back, or dozens of other similar stories, but to me this is nothing like those. It seems like a coach who was truly trying to do the right thing, and a school stepping up to take responsibility for the consequences of it, and a regulatory organization that doesn’t seem to know when enough is enough.

Here’s Coach Fredenburg right after his team won that 2016 champ game. Warning: If you already think the NCAA’s punishments are overboard & ridiculous, this will bum you out even more:

Hopefully they win back some ground trying to repeal.