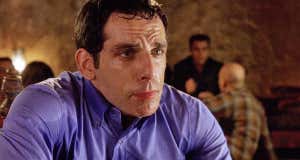 Welcome back IBS Nation. This week we have a diary straight from our nation’s capital sent in by a man who writes under the name “Fish.” Let’s allow Fish to take the podium as he talks us through his struggle. 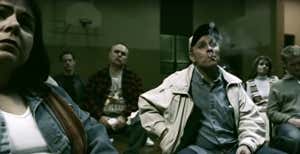 As part of my graduate program, I spent 6 months working in Washington, DC. I lived a few blocks behind the Supreme Court and walked the mile-ish to work every day. One Monday morning after a particularly bad loss for the Patriots, I overslept. I was not able to go through my usual routine and take a nice morning, pre-shower, dump. For most, this wouldn’t be a problem but as an IBS victim nursing a post-loss hangover this could spell disaster. I rushed through my shower and threw on a suit to walk to my office.

A good pair of suit pants on the line turns the grace period into an action packed thriller every time. In some cases, the damages can amount to more than they would for a car accident. On top of that, the dry cleaners will have to get involved now if god forbid an accident does take place. It’s the worst of the worst as far as Pants Situations go. Always have to work in a prayer at some point if ever under these circumstances.

Not two blocks from my apartment I felt it start. I know the signs of a doozy. I considered turning around but I had a few spots I could count on. My pace quickened, but seeing my favorite corner market, I thought I was good. I was not. As I approached, I noticed the “open” sign wasn’t illuminated. It’s Monday morning, what the fuck? I sped up and when I got to the door I noticed a handwritten, barely legible, note with my least favorite word in the English language “closed”. I read further to discover the owners hadn’t made it to the store since Thanksgiving 4 DAYS BEFORE. There was a momentary panic but I knew my next option was reliable. My asshole timer is under 5 minutes and I’m sweating through my suit.

Tough break, but 5 minutes is plenty of time to make a play. Shake it off and reroute to option B.

I increase my pace to a speed walk. I turn the corner of the next block, knowing my barbershop is only 100 yards away. I’d stopped there before and the owner was a cool guy I had explained my situation to before. My last IBS stop was an especially sloppy Wednesday morning tequila surprise a few weeks before. That swirly red white and blue magic stick is spinning and I know I’m in business. As I crash through the door I’m surprised to see a group of old men sitting around reading the newspaper. Some crotchety old fuck asks me if I need a trim and I tell him no I just need to use the bathroom. He stops me and says the bathroom isn’t a public bathroom. I tell him I’ve spoken to the owner and he’s fine with accommodating my disability, to which he responds with a smug retort “I’m the owner asshole I’ve never seen you before”. In the matter of a few weeks since my last trim and taco Tuesday dump THEY SOLD THE FUCKING PLACE. Category 5. Defcon 1. Ready the nukes ladies and gents.

0 for 2 and entering survival mode in a suit. I always try to keep morale up for all IBSers, but I’d be lying if I said you shouldn’t panic here. Not only is this going to be one of the most expensive shits of Fish’s life, but he may have to go back home to change now. That walk of shame will take years off you. Fish isn’t out just yet though, grace period OT has officially begun.

I sprint out of that hell hole and scan my surroundings. There’s a large park with lots of tourists and well-dressed folk. Better not shit there, Obama may drive by and see how I felt about his presidency. My only option at this point is to run. I take a route that I’ve never taken before because it winds through a few alleys and parking lots. The O-Ring is moist and ready to crack. I’m in desperation mode. The only building in sight is a Capitol Police substation. Yes, a POLICE STATION. I’m not shy at this point and I know if I don’t get to a shitter within the next 60 seconds I’m going to need to visit the tailor for a new suit. I run through the door and the cop behind the desk looks at me, a 20-something white kid in a full suit sweating on a cool morning, and he knew. He quickly asked if I worked on the hill and I responded “YES, ALL I NEED IS…” I hear the door buzz and run through as he hollers “second door on the left brother”. My belt is undone and my pants are coming down as I barge through the door.

Three stalls, four black boots. Salvation. I don’t exactly make it to the toilet. The “flow” as I call it, starts as soon as the pants are down. I was so focused on releasing myself from this prison that I miss the slick bowl and slide to the floor. I’m able to pick myself up and get onto the bowl. I MADE IT.  I unleash heavenly fury on that toilet. As I began to come down from the euphoria of living to fight another day, I look down and realize I had let it fly a wee bit earlier than I thought. There was a puddle of shit on the floor. I cannot tell you how it happened, but I guess I had let a little slide when I slip and slid off the seat. I cleaned myself up and realized my ass and suit were unscathed.

It’s not considered an accident if you shit on the floor. That’s just poor aim. Chalk it up as a W.

I walked out of the stall to wash my hands at the same time as the fella that had been in the stall next to me. He looked me up and down and said “well I don’t know if I’ve ever heard someone miss the toilet and then let the harmonica toot quite like that”.

Who would have the dick to actually say something to a stranger who just dropped one on the floor? Nothing worse than a statement from a witness. We’ve already been through enough today, keep it to yourself please.

I gave him a quick smile and got the fuck outta there. As I walked past the front desk, my new favorite cop just gave me a head nod. I felt a salute was warranted. I proceeded to walk to work and never thought of that moment until I started reading these blogs.

And that’s what we’re here for. To un-suppress some memories via email every week. Thanks for writing in this week Fish and thank you to everyone else for coming out again. Until next accident.

Have you or someone you love been affected by Irritable Bowel Syndrome? Share your story at djconrad41@gmail.com.