Just like we predicted Kirk Cousins couldn’t handle playing against the class of the NFL and the Bears dominated the very overrated Vikings 16-6.

The Good: The Nicks stepped up big time, Chase was not bad, and Khalil Mack was a machine. 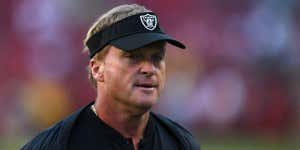 Take a close look at this face. This is the face of  man that had a generational talent on his roster. A player that can single-handedly win a game. A player that all 31 other teams would want on their team. Jon Gruden didn’t want this guy on his team.  But here we are and Eddy Pineiro is a Chicago Bear. Thanks Gruden!

Oh and thanks for this guy too.

This will be the 15th meeting between the Bears and Raiders. The series is tied at 7-7 but the Bears have outscored the Raiders 256-249 in those games so we hold the edge. I don’t see any way the Bears don’t come out ahead after today’s game.

Jolly ol’ England would be much jollier if they could have supplied us with a little bit of Bear Weather but I guess this will have to do. The Bears will have to adapt to playing in hot weather like this until President Trump addresses the global warming issue. Maybe have a meeting of the minds with Boris Johnson and get this figured out once and for all. 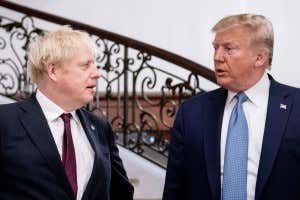 This is the week that I am finally going to make you guys a lot of money. Don’t worry about my past performance just focus on today. This is an easy one. Eddy Pineiro is out for revenge and he will get it today. Take all of your valuables to the nearest pawn shop and take that cash straight to your bookie and put every cent on the Bears to cover 6.5 and for the over to come in. This is 100% guaranteed*^~

Eddy Pineiro This is the easiest start of the week for me. Eddy playing against the team that traded him. This is the definition of revenge game and Eddy is going to get his.

David Montgomery One of these weeks I am going to be right about D-Mont. I think this is the week. He has a British sounding name and the last time the Bears were in London our main RB (Forte) had a huge game. Most likely a trend.

Bears D/ST Dare I say that this defense is better than the 1985 D? The numbers don’t lie. In the era of throwing the ball all over the place and the rules geared for scoring this Bears defense is shutting everyone down. Mack is going to hit Carr so bloody hard that he won’t be awkward anymore.

Derek Carr He’s going to try to get the ball out quick to avoid Mack and Pagano will be ready for it. He’ll throw at least 2 picks today.

Josh Jacobs Remember when Dalvin Cooks looked unstoppable? This Bears D will stop any RB from any team from any time in NFL history. They’re that good. Jacobs should be firmly cemented on your bench.

Raiders D/ST Just try to stop Chase Daniels. Not going to happen. Good chance Tarik or Cordarrelle take one to the house.

Offense: Even if this was the best offense in NFL history it wouldn’t matter against the Bears D. They actually aren’t even close to being a decent offense and their best receiver is likely out. If they get to 200 yards that should be consider a great achievement.

Defense: I can’t think of anyone off the top of my head that is even on their defense. That motor mouth rookie is out and Burfect is suspended. What about the long haired white guy on the D-line? Is he good? Who knows. They have no chance at stopping our offense led by Chase.

Offense: Chase is going to have a field day today and Monty is going to run wild. This will be our best offensive output of the season for sure. Tyler Bray might even get a chance to show the league he is the best 3rd stringer in the league.

Defense: The best defense in the history of football. There is nothing else I need to say.

Coming Up Next Week: Bye week.

*I am absolutely not responsible for any gambling losses you may incur from taking my suggestions.

~This is only a guarantee if it comes in.