I was sitting at my desk earlier tonight when this story came across my desk in the form of a retweet by CEO Erika – it had a bikini in it so my finger clicked the mouse before I could even register what the words said.

It was a screen-grab of a story from the Instagram account of “Kickass Masterminds”, a consulting firm that specializes in “expert-led, professionally organized, rigorously curated mastermind groups for entrepreneurs and business executives.”  (Yeah, I don’t know either.)  Apparently they had a job opening, and they were posting a helpful “PSA” for all the applicants…

…in the form of a slut-shame. 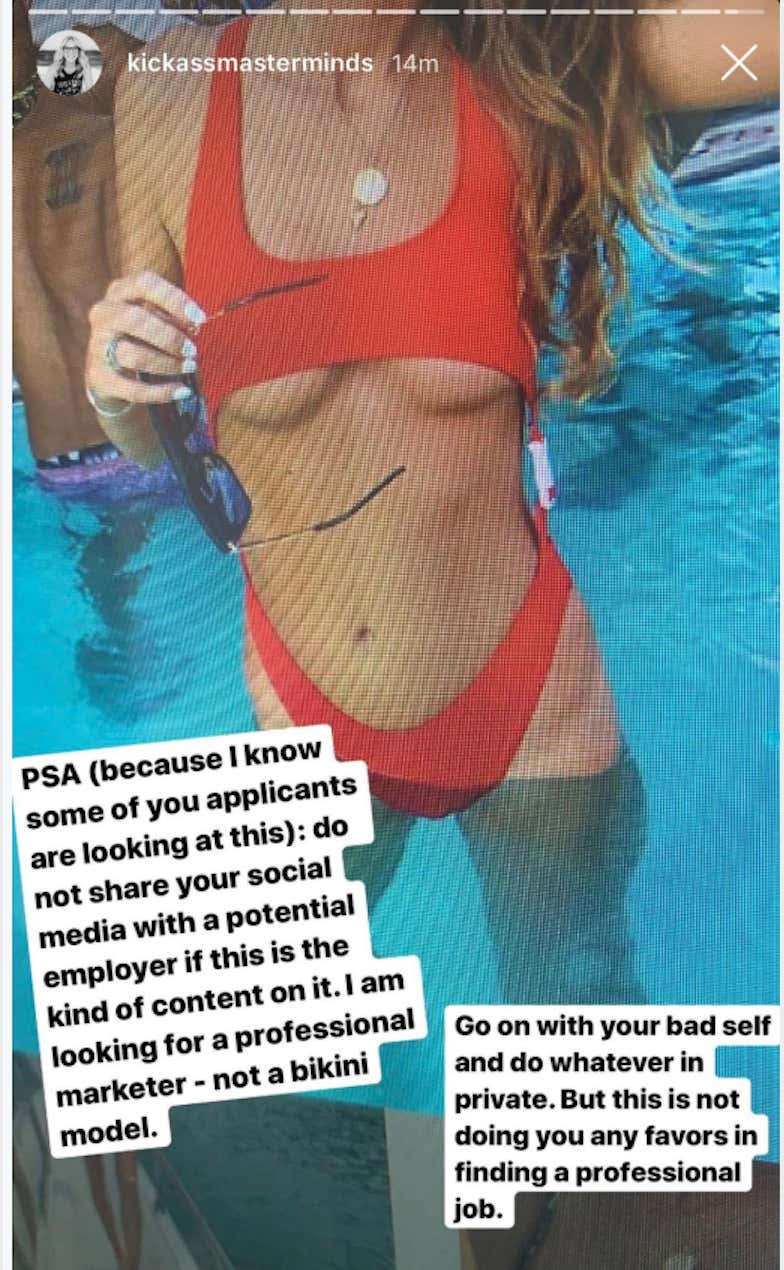 “PSA: do not share your social media with a potential employer if this is the kind of content on it. I am looking for a professional – not a bikini model.

…this does not do you any favors finding a professional job.”

It didn’t take long for the internet to get its hands on it, and it took like 15 minutes for Masterminds to get absolutely BURIED.  They had their Twitter protected, Instagram private, and LinkedIn down before I even got to it.  Not only that…they took their whole fucking website down! 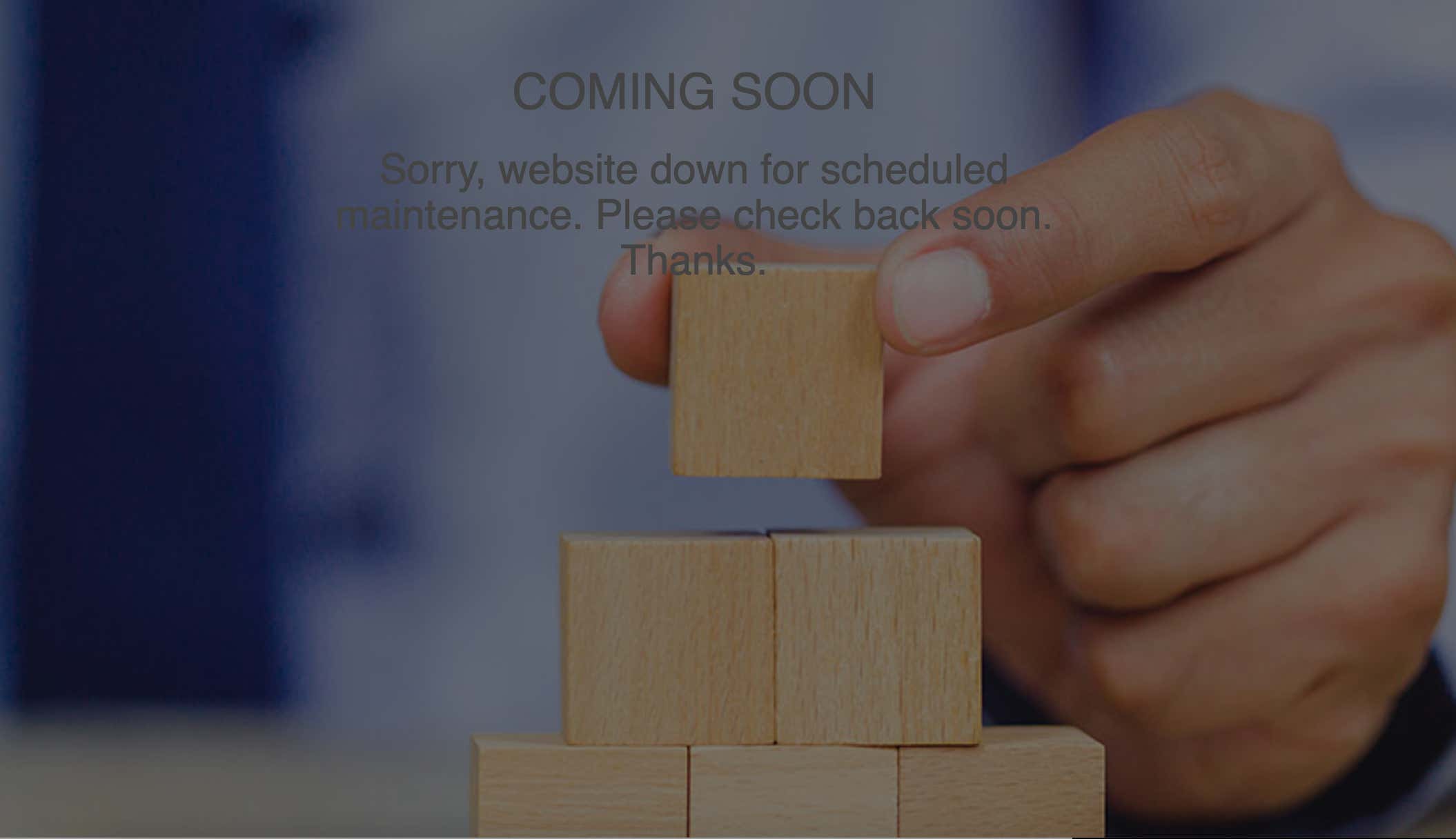 Unreal.  I mean I see dumbass companies get bodied every day, and the social accounts going protected is a given – but the whole site going to the Coming Soon Jenga page?  That’s next level.

The woman at the center of this whole thing is Emily Clow, a 24 year old from Austin, Texas – these losers at least had the “mastermind” to not include her face, but she went off on them on Twitter (rightfully so) and had no issue with stamping her name on flaming them.

Make sure you read that last one, the LinkedIn description of the company – it makes this whole thing so much better.

To TL;DR this for everyone up to this point: “Kickass Masterminds” – looking for “ballsy rebels” in a “quest for personal freedom” – got an application from a young woman, dug into her personal Instagram, and publicly slut shamed her for wearing a bathing suit in a pool.

Anyway, I spoke to Emily earlier to get some backstory, because it was so bizarre I assumed there must be more going on.  Turns out, it’s literally exactly what it seems to be: she applied for a marketing coordinator position this morning, and they liked her application, so they sent her a second part.

At the end of that second part – for a job application – it said to “follow their Instagram for an advantage over the other applicants!!”

When she did, she saw that 14 minutes earlier, they had posted the story.

I mean I’m a blogger at Barstool Sports, I’m not really in a position to define “professional,” but I would guess it doesn’t include telling job applicants they need to follow you on IG to get hired, then when they do follow you, having a story waiting for them publicly shaming them for swimming?

Kickass Masterminds CEO Sara Christensen disagrees, and I guess she’d know better than me, being the CEO of a consulting firm and all.

(Side note: the company IG went private before I got to it, but about a dozen people on Twitter pointed out one of the most recent posts was all the women in the company in bikinis.)

Oh, and my last question to Emily was why she was applying to this job in the first place (and what the fuck a “Mastermind Group” is):

“I have no clue what a mastermind group is. The company caught my attention with the founders being women, their content seeming to support women in business, and working with start ups. plus the marketing position was a plus.”

Not to make this about Barstool, but it’s just another great reminder that these are the people who call Erika a “shield” and “figurehead” and dismiss all of her qualifications and accomplishments while preaching about feminism and female empowerment.

In closing, the CEO of Kickass Masterminds’ quote on her Instagram: 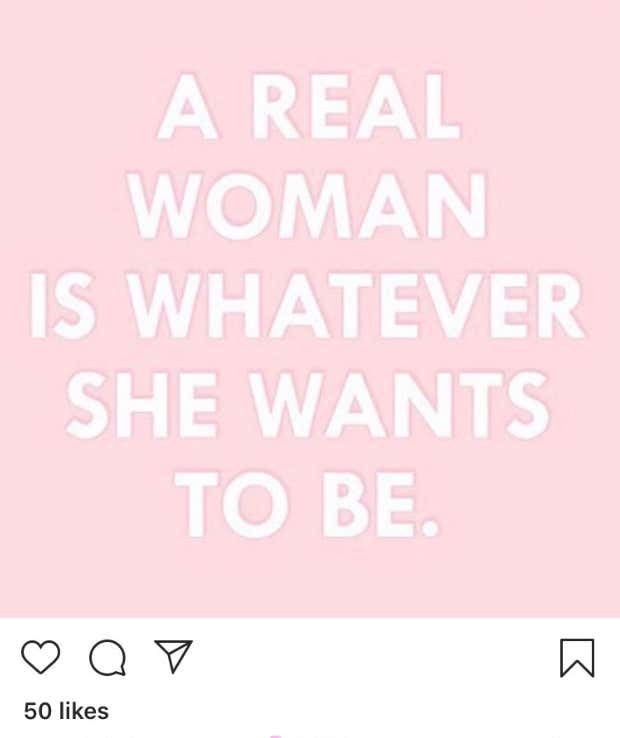