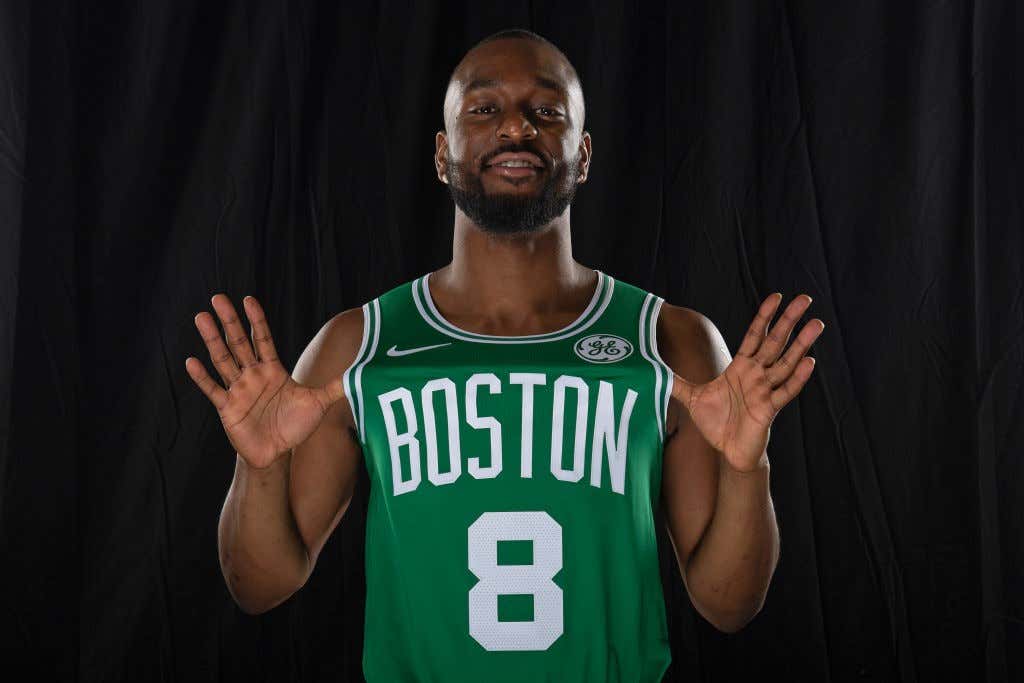 When the Celtics season finally ended on May 8th, 2019 it in some ways was a relief. The 2018-19 Celtics season, one that began with so much hope and optimism after a ECF run without their two best players couldn’t have been more of a kick to the dick. Despite the strong 6-2 start, it pretty much was a giant pile of shit from that point on. There was drama, there was underachieving play by key players, Brad couldn’t figure his rotation the fuck out, they lost to absolutely terrible team on a consistent basis, the whole thing took years off any Celtics fan life. We were all just waiting for the postseason in the hope that things would be sorted out by then given all the guarantees Kyrie Irving made during the year. They looked great against IND, won the first game against MIL and that looked to be true. But then reality hit and they were the same old team in May that we saw in January. Nothing ended up being different and the whole thing was exhausting.

But that’s the beauty of Media Day. We can forget all about the disgusting display of basketball that was the 2018-19 and we can officially turn the page on what should be a much more enjoyable 2019-20. The expectations are different, there are a shit ton of questions and a lot of unknowns, but every single team in the league is feeling themselves on a day like today and the Celtics are no different. It was a pretty full day of some interesting nuggets, so let’s take it from the top

I am dying to know what this is. That you can’t fill your team with dickheads? That in order to be successful you need to be unselfish? Everyone knows Brad hated the Kyrie bullshit like poison, and I wished we had more from Brad on what this meant.

This is by far one of the biggest questions heading into the year. What the hell is this team going to do defensively. Losing Al Horford is an issue on both ends, but especially defensively. Here’s the good news. We’ve see Brad Stevens turn a team with Isaiah/Jared Sullinger/Tyler Zeller into a defense that finished in the top 5. The potential is there, but it’s certainly no guarantee. Enes Kanter really struggles in his drop coverage in P&R, Robert Williams has potential but is so damn raw and unproven, Theis is OK at best, we have no idea how Prioire will translate to the NBA. But what we know is their guard/wing defense should be legit. Hayward (if healthy), Jaylen, Tatum and Semi can all guard multiple positions. Smart is going to bring you All NBA 1st team defense.

On the offensive end, it’s going to be an even bigger change seeing as how Horford had an insane amount of responsibility in Brad’s offense. They’re going to have to find a way to find his passing and creating for others, and the pick & pop game with Horford’s position is basically out the window. Maybe this will mean someone like Tatum playing more at the four, so I’m interested in seeing what wrinkle Brad has given his new options.

THANK YOU JESUS. By the sound of it Jayson Tatum has accepted the fact that his Kobe midrange bullshit last year was a disaster. He also probably knows this is the year he needs to make a jump, and you do that with threes and FTs. For Tatum to take that next step as a scorer and be a #1 option, he has to get to the line more, period. His FT rate dropped from 30% to 22% last year and that is NOT what you want. He settled too much and it showed in his production. Now he looks bigger, he showed with Team USA a more aggressive style, and I am already giddy and the prospect of saying goodbye to the 20ft contested long two. If he can get his 2.9 FTA to around 6-7 a night, he’s going to be the 20+ ppg score this team will need him to be.

To me, this may be the most important thing we heard all day.

Give me ALL the Tatum stock. All of it.

Let me tell you why this short video is important. To me, this looks like the filming of their pregame introductions. If you’re a fan of this team and you watch them on a nightly basis, you know the player introduction video 100% correlates to what type of season the Celtics will have. In 2007-08? It was the greatest one they’ve ever had. Guess who won the title. Since then? It’s been trash and guess how many titles the Celtics have won since. Last year’s was a disaster and wouldn’t you know it, so was the season. You may think I’m joking but I’m not. There is a HUGE amount of pressure on the Celtics to make sure the intro video bangs. If not, the season is doomed.

HUGE win for Weird Celtics Twitter. There’s nothing like it on the internet and this is not debatable.

Is anyone surprised? The chemistry on this team last year was dogshit. Fixing that became the #1 goal of their offseason and with Kemba and the new rookies that ooze positivity, it’s no surprise the vide with the team has changed. This isn’t an accident.

Whether it’s fair or not, there are big time expectations on Kemba, but they are maybe a little different than what we had with Kyrie. With Kryie, it was to make the Finals. With Kemba, he’s sort of being asked to be this team’s savior. Give the Celtics Kyrie-like production on the floor and be a massive upgrade as a leader and in terms of chemistry. It’s probably not fair, but that’s the reality. If the chemistry still proves to be an issue and Kemba’s play doesn’t meet his All NBA standards, it’s an issue. Granted he’s never been in a position like this before so we have no idea if he can do it, but that is going to be what’s asked of him.

Another sign that the kids and this team are learning from their mistakes. There’s no talk about winning 6 titles, there’s no talk of any expectations really. All that did last year was make things worse, so it was refreshing to see everyone is on the same page here.

Big opportunity season for Semi. He’s accepted his role as a lock down defender and it’s time to see if he can be productive with extended minutes. We know Brad will lean on going small as often as possible, and with Semi you get a guy who can absolutely defend 4s at this level while also being a threat the stretch the floor and create space for his teammates. The big thing will be if his three point shooting can have any sort of consistency.

I mean come on, how can you not fucking love these rookies?

This is important because that’s exactly what this team needs him to do. Defend, set screens and rebound. Remember this dude was a beast on the glass in the EuroLeague, and just because many might not know his name doesn’t mean he can’t handle those responsibilities. My guess is he gets the first crack at the starting center spot, and if he’s coming in already accepting his role then I am all in.

The captain, the heart and soul of this team, the true leader. Marcus Smart confirmed his legendary status by doing his interviews today in a robe. I would take a bullet for this man without question.

I’m telling you, no more long twos and no more overthinking his offense. Jayson Tatum is going to fucking rule this season I can feel it in my bones. If I get a quote about how he’s not going to complain to the refs anymore on missed calls my heart might explode.

We all know what a huge deal this is. Contract Year Jaylen is not fucking around and got himself a new look. Science shows that this will improve his jumpshot, and in what is the most important season of his career it’s nice to know Jaylen is taking things seriously. Flat top Jaylen guaranteed 6 titles. New haircut Jaylen is already more focused and not saying things he shouldn’t. Big time improvement.

A healthy version of Gordon Hayward that doesn’t play like a giant pussy is a huge deal for the success of this team. If he’s back to normal their ceiling raises. If he’s the same version of last season then they are dead before they even get started. Having a full summer at 100% should theoretically make a difference, now we just have to see it actually translate.

As I stated, there are still a bunch of questions and a whole lot of unknowns when it comes to the 2019-20 Celtics. But I can’t lie, it does feel fantastic to finally be done with last year’s dogshit season. Maybe it’s the Media Day Kool Aid talking, but it’s time we get back to being excited about this team.