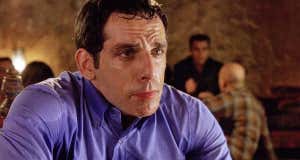 Welcome back IBS America. Another great week of your guys’ emails:

Now let’s kick it over to IBS sufferer Anon for his story.

This is not an IBS story, but it needs to be told. And rarely does an appropriate platform come to discuss this matter appear, so I am carpe-ing this diem.

I was heading back home to Detroit from a wild weekend with the boys in the wildly popular tourist site known as Indianapolis, Indiana. Being a former Chicago native, I made a point to stop at the Portillo’s in town. As I pulled into the drive thru, I felt a disturbance down in me. Three days of hard drinking and eating junk food finally is catching up to me. The first of many beer shits is approaching.

The beer shits after a college visit is basically like having a parasite. 30 second grace periods all day. This is not the time for risk taking, reverse out of that drive-thru immediately.

By now, I am in too deep into the dive thru: two cars behind me, with no escape route. So I prepared myself for defense. I get to the speaker and order the most hungover Portillo’s meal you can imagine:

1- Double bacon cheeseburger with everything

2- Chicago style hot dogs with everything

1- chopped salad (for the girlfriend waiting at home)

Entering defense in the car is when you truly find out what you’re made of. You’re either about to poo yourself or crash your car the whole time. Wouldn’t wish it on the haters.

Side note- Portillo’s Chopped Salad = unbelievable. But you’re out of your mind if you think it’s a healthier option.

I should have known what I got myself into after that order, but half of my body was craving that food, the other half was building their defense for what is to come. I waited. And waited. And waited. The entire time, I am performing the male version of kegles on my rectum. My body begins to sweat. My stomach starts hurting. I fear the worst may happen. I start looking around for a possible exit strategy. Do I drive around, do my business, and grab my food inside? Do I say screw it, and drive away with my dignity? Do I start looking for a bag or container to do my business and risk having the polite Portillo’s staff walk up on me mid dump?

What a miserable situation our guy is in right now. Imagine abandoning ship while in the middle of a drive-thru line. Someone in that line behind you is becoming a murderer that day. Now that we’re well into the grace period let’s take a peek at this week’s chart.

Potential witnesses: Other drive-thru patrons and the Portillos people. If you’re reading from out of town, Portillos has employees who walk up and down the drive-thru line taking orders, making it almost impossible for you to shit in your car in private.

Pants situation: Not disclosed. He mentioned he was coming back from a trip so at least he has backup pants in vehicle.

Current form of transit: Trapped in the middle of a drive-thru line with no where to run/power-walk. Nightmare status.

Nearest restroom: Portillo’s men’s room, often multi-person. Could come in huge, could not come in at all.

To be fair, Anonymous here mentioned at the beginning that he doesn’t have IBS. But holding a dump in for 25 minutes? Diarrhea no less? I mean is it possible to even hold a normal healthy poo in for that long? News to me.

I grab the bags and whip my vehicle to the nearest parking spot. Not trying to cause a scene, I cautiously, but briskly, get out of the car and make a bee line for the Portillo’s bathroom. My mind starts to ease a little. “I’m almost there,” I gleam to myself. I open the door to the worst situation I can ever think of: both stalls are occupied. By this time, I let my guard down thinking it was departure time for the bowels.

Two occupied stalls is one of the worst things that could have happened next. There’s no good way of handling the situation. You don’t want to start screaming “cut that turd short,” but you also need them to be aware that you could potentially soil yourself if they don’t speed things up. Some occupants often feel funny exiting the stall while other people are in the restroom too. Like they can’t look you in the eye afterward. We have zero time for that.

My defense system was already packing up to go home. Little did I know they were about to go into overtime. I lean up against the wall waiting for one of those doors to open. The whole time, I am politely letting others use the open urinals. Body is sweating again. Stomach pain is at a 9. I check the time on my phone: 5 minutes have gone by. I can do this. I am strong. More people pass through, each one glancing over knowing something is going on. I hear almost no movement from the two in the stalls. Have they died? Are they Portillo’s workers on their break just scrolling through twitter? Why is this taking so long.

Are we about to be giving out Warning Knocks on stall doors right now? These are the trenches of the grace period we’re in. Viewer discretion advised from here on out.

I was at my ends. Do you know in movies or shows, when the character knows death is imminent, and stops worrying, and peace consumes their expression? That’s how I felt. Remember in the movie Bridesmaids when Maya Rudolph is waddling across the street in a wedding dress when she starts shitting herself in the street muttering, “It’s happening…it’s happening”. That was me in that Portillo’s bathroom in metro Indianapolis. The pain was too much. My consciousness was almost gone. My skin started losing its color. That probably was the closest I’ve ever felt to death in my life. I laid against that wall with a generous amount of turd sitting in my underwear.

Thank whatever you believe in that I wore compression shorts that day, otherwise that wonderful Portillo’s staff would have a mess to clean up in the men’s restroom. I started getting color back in my face. Through all of this struggle, I hear a glorious sound: a toilet flush. A door finally opens, and without skipping a beat I am in that stall almost before he was able to leave it. I drop shorts, immediately throw away the underwear, and check the time: 20 minutes. I waited in that bathroom for 20 minutes. From first pulling into the drive thru, to finally sitting down, almost an hour went by. I spent the next few minutes cleaning myself up as best as I could. I still had a four hour car ride in front of me. But my food was still in the car, and it almost made everything better. Almost.

So there ya go. That’s the story of how I pooped my pants at an Indianapolis Portillo’s.

Shitting yourself in a bathroom is one of the saddest stories you’re gonna hear in these diaries. You were RIGHT THERE. It’s so difficult to judge an occupied stall scenario because you never know whether to risk going into overtime while you wait or to continue the hunt. We all saw what comes with the risk today. Thank you for sharing your story with us Anon. Everyone else send in your stories to djconrad41@gmail.com for next week. Keep fighting until then.