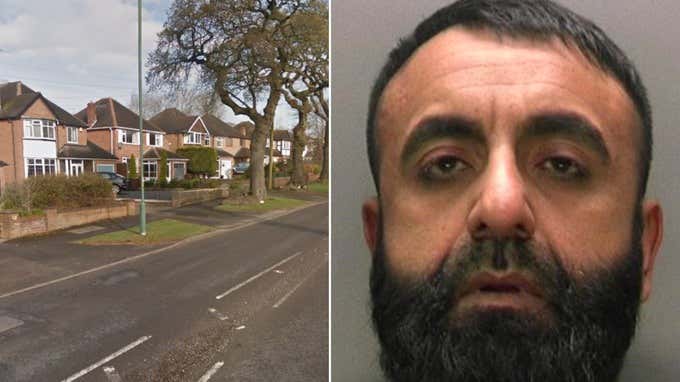 (source)–Kashaf Ali Khan’s lottery luck has caught the attention of thousands: why? He managed to win 123 times and buy a house in the UK.

However, something caught the eye. This man had a strategy for 40 weeks in a row of the jackpot, but finally the police discovered the truth behind his fortunate coincidence.

According to Mirror, Kashaf Ali Khan used the lottery alibi to “make legal” a large amount of money from illegal activities. The man of Pakistani origin made a mistake at the time of “laundering the money”, this was finally discovered by agents of the British National Crime Agency.

The alleged player, 45 years old, bought a house in the English city of Solihull, in the United Kingdom, valued at more than 500 thousand dollars, paid them in cash indicating that the money came from having won the lottery.

Crime agents used a statesman to uncover the lie. The expert determined that the loot studied would correspond to the highest prize of the National Lottery of the United Kingdom that a person would take for 40 weeks in a row.

Khan was arrested and had £472,740 seized by the Police under the Crime Procedure Act. He had to sell his property for compensation.

If you answered “yes” to the title of this blog you’re an idiot. Dumber than Mr. Ali Khan apparently because he thought a great “money laundering” scheme would be to just say he won the lottery 40 weeks in a row and nobody would ask any questions. Totally fine. Buy a $500k home with cash…Nobody will be suspicious of that. The Police didn’t list his exact crime other than “illegal activities”. I’ll never understand how someone can be smart enough to run a criminal operation. Be it drugs, or numbers, or whathaveyou and do it well enough to have 500,000 cash on hand laying around, but then not be smart enough to you know…not get yourself caught with the dumbest, most preposterous alibi ever. Say something plausible. Say you won it at the casino. Say your dead uncle in Pakistan left it to you. Literally anything is better than saying you won the lottery 40 times in a row

Yesterday on Chicago Dogwalk, Ed and I got into the arguably the best money laudering conspiracy theory in the game. So good that I think Ed and I are going to run it back with a second part and record the podcast in multiple mattress firms. The first people ever to set foot in a mattress firm.