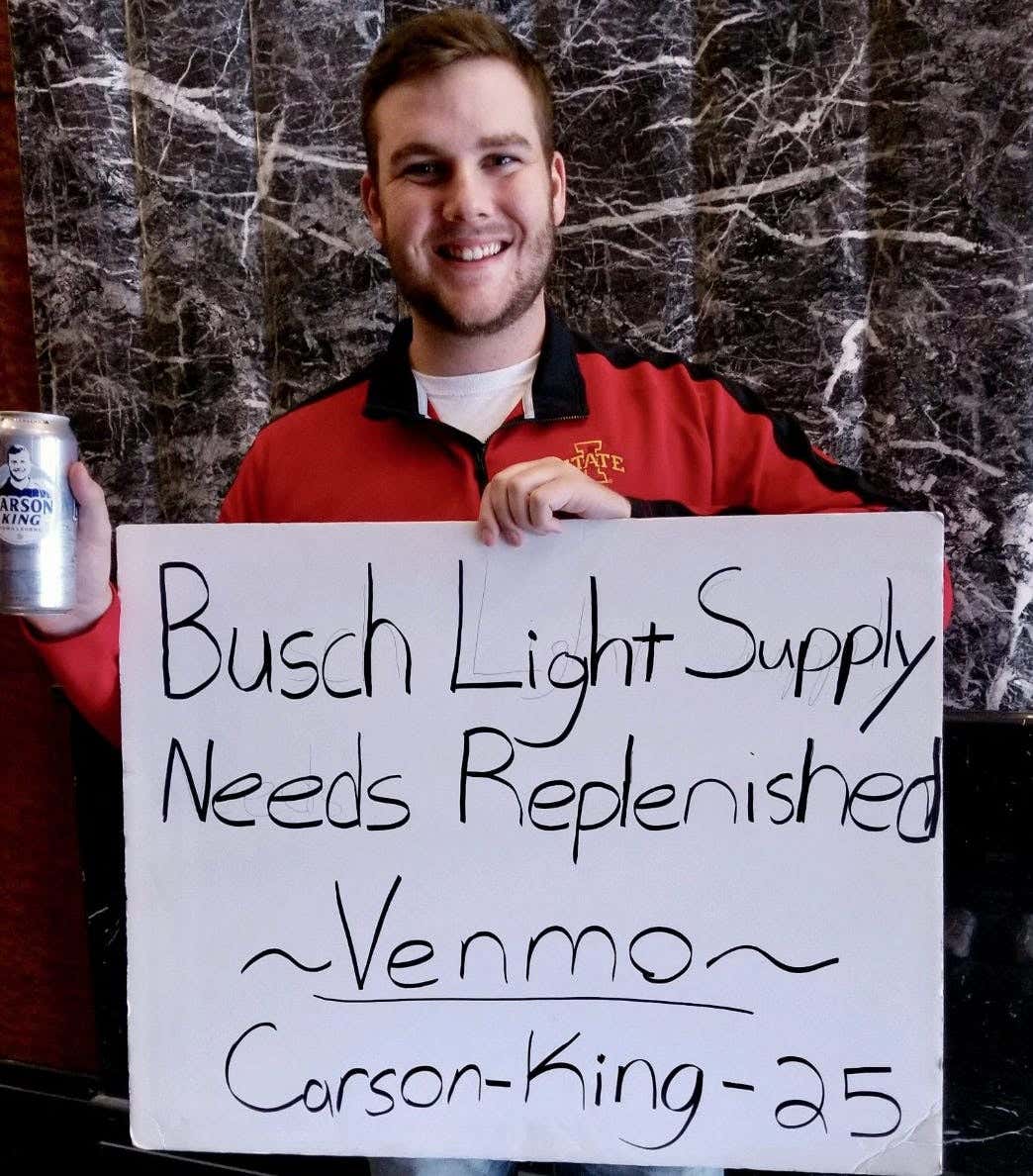 It’s been a bit since there’s been a story that I got out of bed for.

It all started with a tweet that Anheuser-Busch was dropping out of their pledge with Carson King – if you remember from yesterday, he’s the Iowa State kid who held up the sign on Gameday with his Venmo tag asking for beer money, got flooded with donations, ended up with over a million bucks, and decided to donate it all to the Iowa children’s hospital. 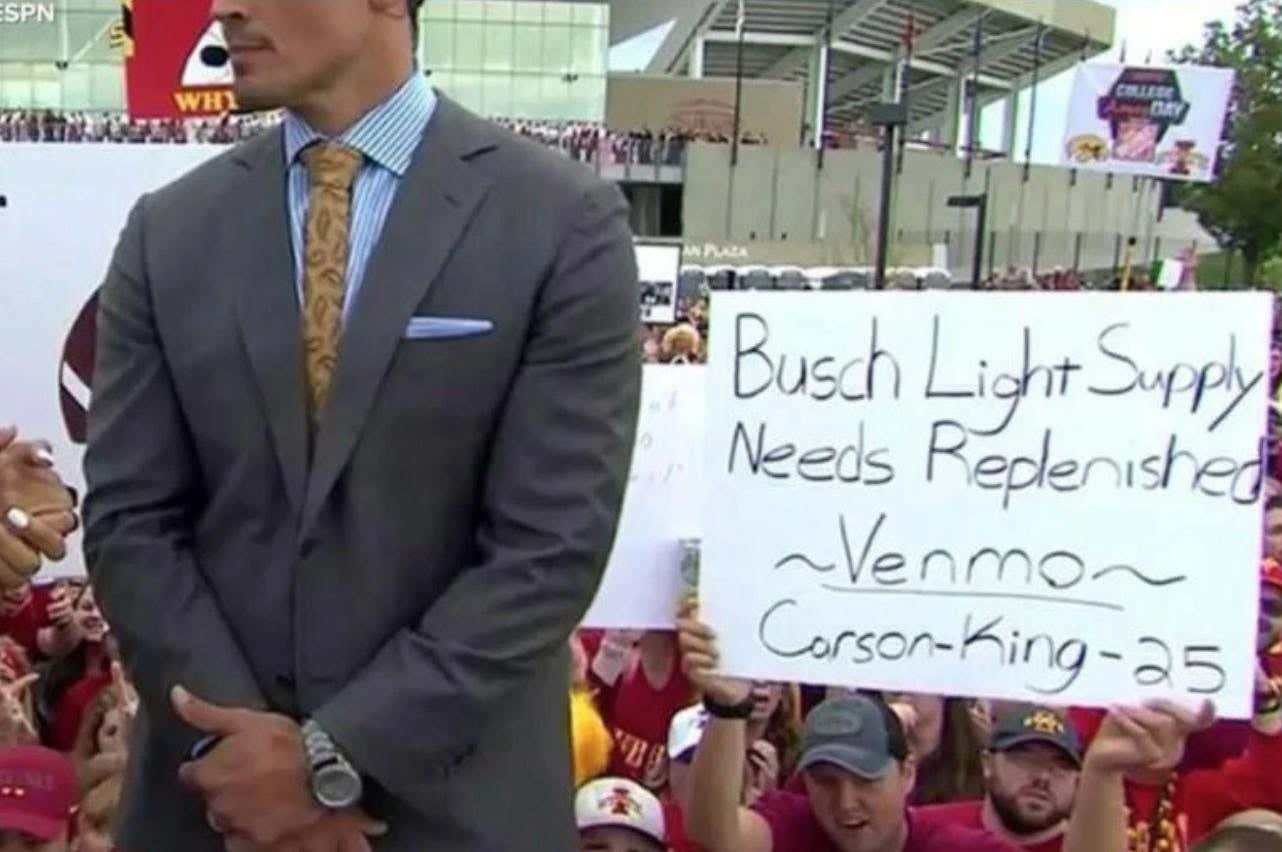 Feel good story of the year right?  We all thought so.  But to quote Lee Corso the old guy from the show that Carson’s sign was on, not so fast my friend.  Not everyone was content to just smile and be happy that some kids were gonna get their cancer treated.

Aaron Calvin from the Des Moines Register, who initially reported the story for the paper, decided after the fact that he was going to take it upon himself as a journalist to dig into King’s social media history – and he “found something.”

A routine background check of King’s social media revealed two racist jokes, one comparing black mothers to gorillas and another making light of black people killed in the holocaust. The joke tweets date back to 2012, when King was a 16-year-old high school student.

When asked about the tweets, King was remorseful and thanked the Register for pointing them out, saying they made him “sick.” He has since deleted them.

“That’s not something that I’m proud of at all,” he told the Register during the day Tuesday. [DM Register]

What’s not mentioned in here is that those 7 year old tweets from a 16 year old King were reportedly quotes from Tosh.0 – I haven’t seen them, there aren’t any screenshots floating around yet, but almost every single person talking about them is saying that, to a person.

So not only was King about to be publicly shamed and embarrassed, Anheuser-Busch instantly cut off all connection with him (although they planned on sticking with their donation to the hospital)-

Anheuser-Busch InBev, Busch Light’s parent company, announced in a statement Tuesday night that they will “have no further association with [King],” though they will honor their agreement to match the funds for the children’s hospital.

Meanwhile, the Register – after getting fucking bulldozed and ratioed for their reporting – put out a statement to try and make everyone feel bad for what a difficult position they were in. 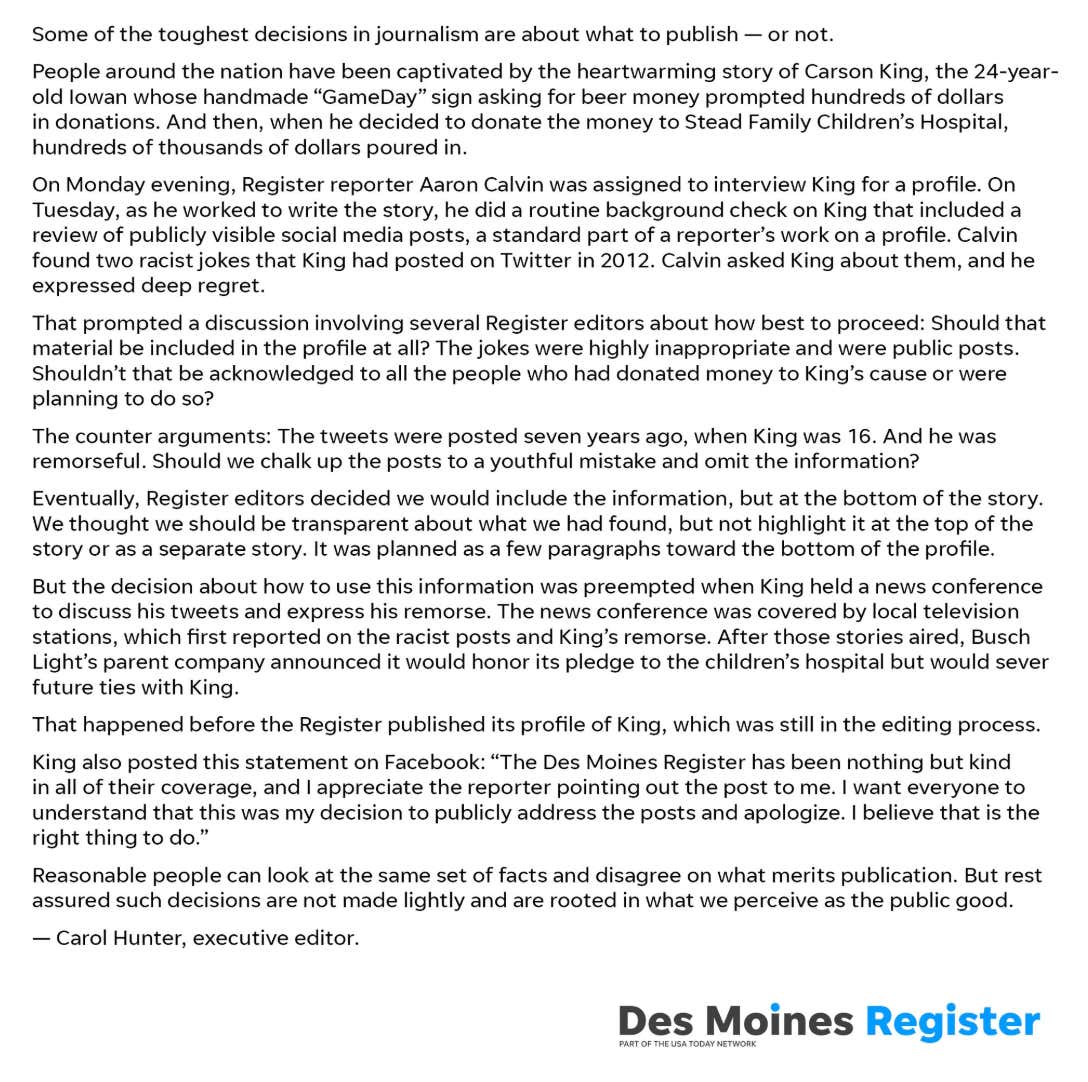 (The best part is that King pulled a B-Rabbit/Michael Scott and held a news conference about the tweets before they could even publish – if you’re about to get blown up, might as well control the story.)

And that would have been the end of it right there – another feel-good internet story ruined by social media history.  But Aaron Calvin forgot one very important part of Twitter: the “routine social media checks” go both ways.

And GUESS what @AaronPCalvin had in the archives? 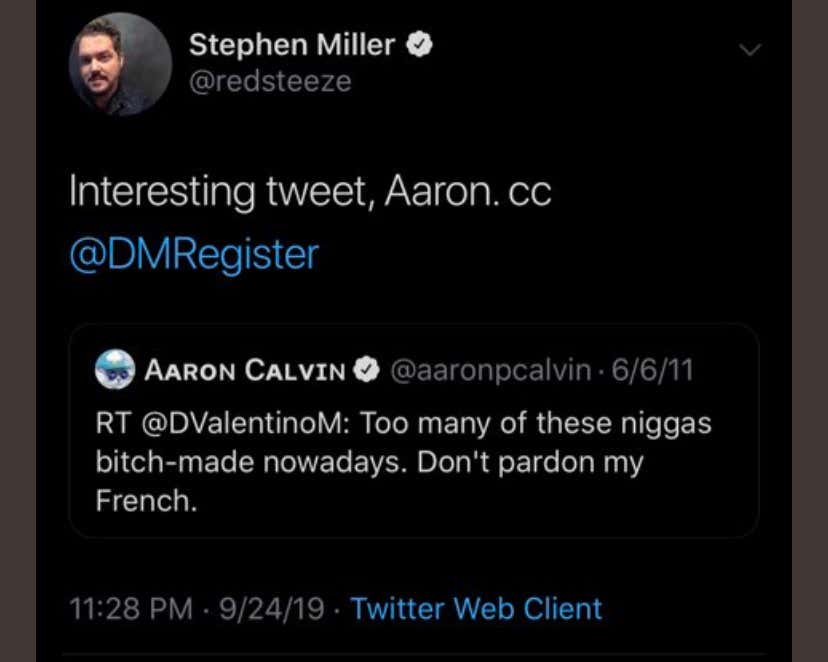 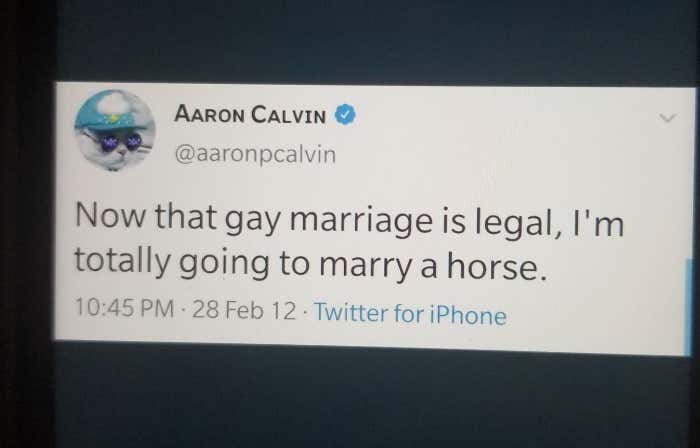 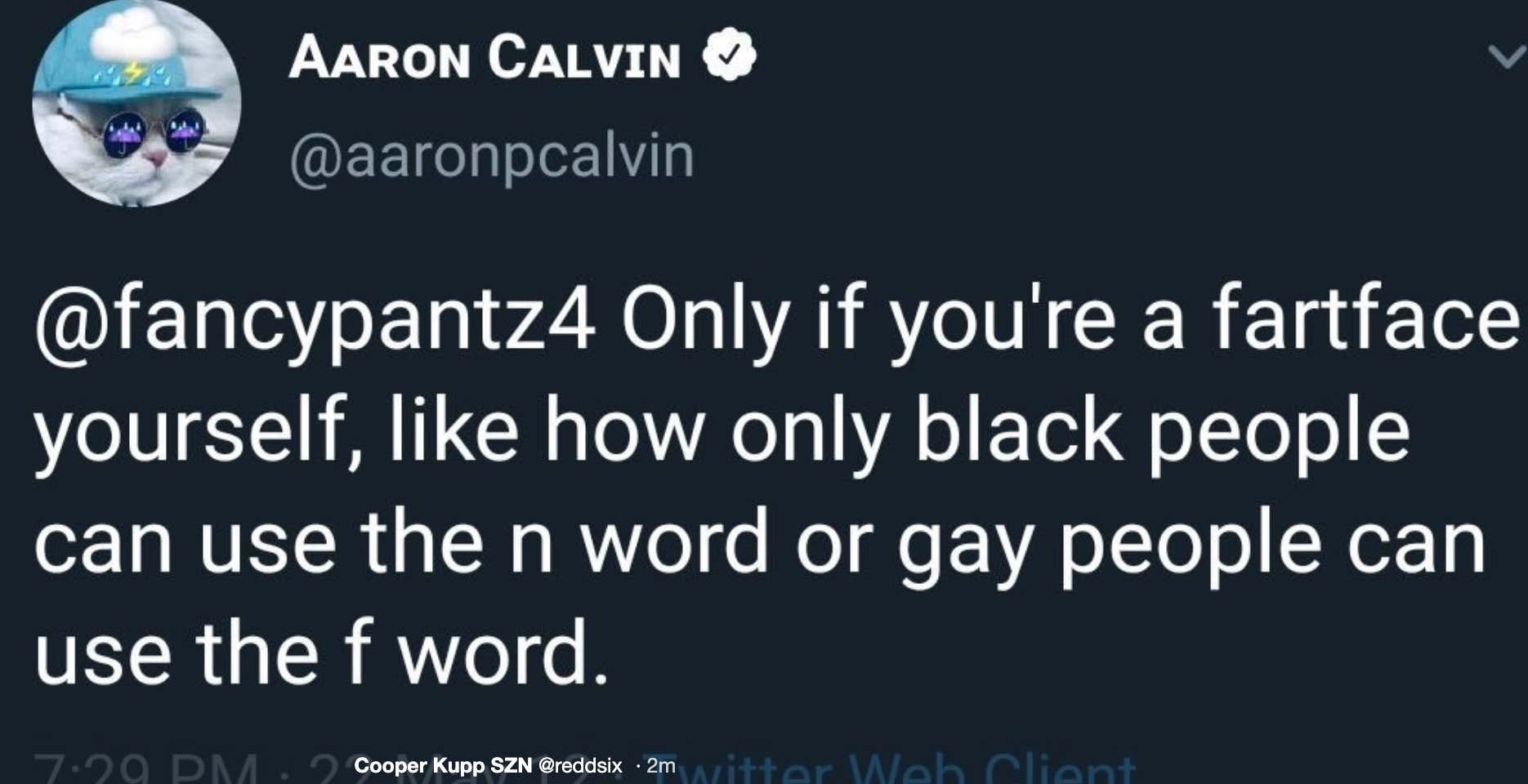 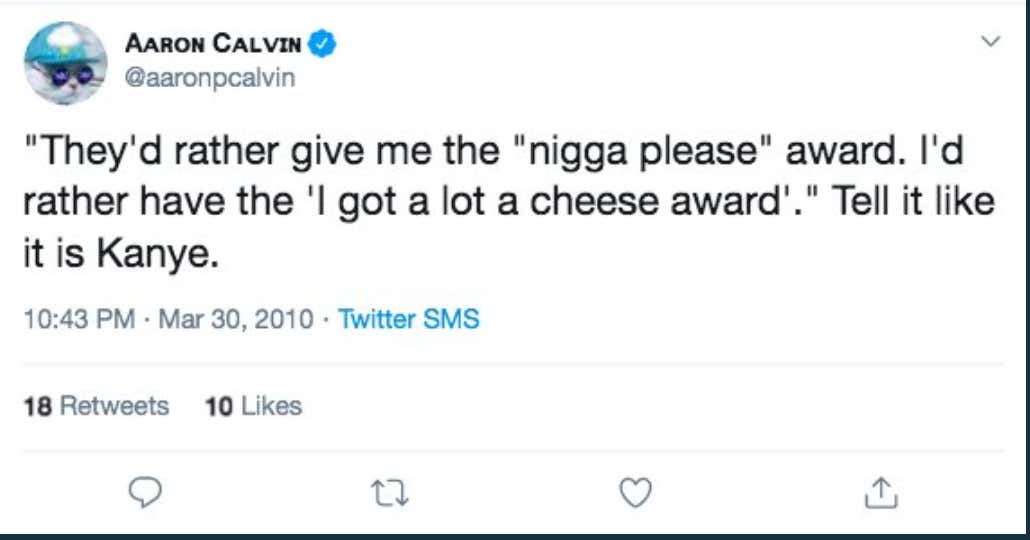 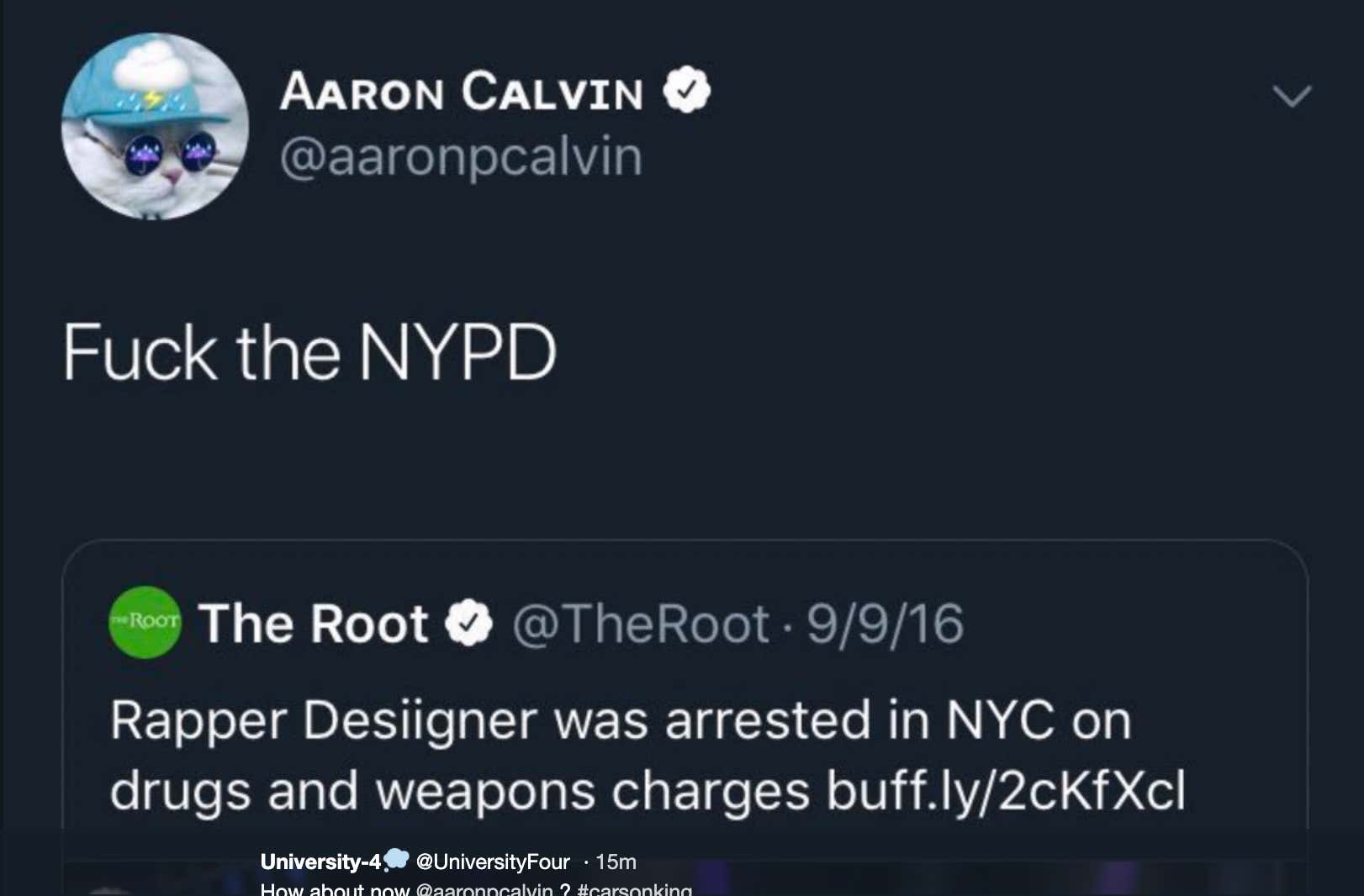 Aaron went full backpedal after realizing that, whoops, he totally forgot he also had a Twitter account where he also liked to say some edgy things.

Annnnnd that was fast.

Best part was when The Des Moines Register responded to their own tweet:

“We are aware that we searched a kid’s Twitter history to try and dig up some dirt (yes, that kid, the one who raised a million bucks for children dying from cancer), got absolutely skullfucked when he scooped us on our own story, then had our star reporter turn out to be the biggest hypocrite on God’s green Twitter screen.  We are looking into it.”

In conclusion, I think we can all learn an important lesson here: it’s not always necessary to try and humiliate a kid who has done nothing but good for the community just to get some clicks by pandering to blue checkmark moral outrage, but if you absolutely MUST, make sure the guy reporting on it doesn’t have a post history full of n-words.