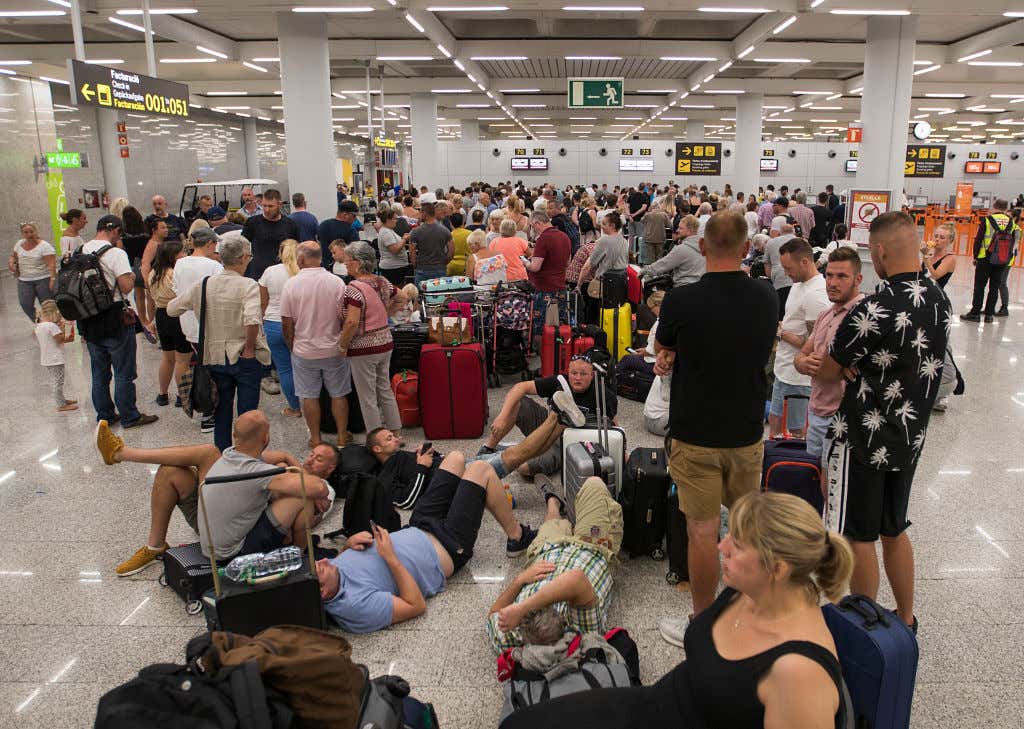 CNBC - Hundreds of thousands of holidaymakers were stranded on Monday by the collapse of the world’s oldest travel firm Thomas Cook, sparking the largest peacetime repatriation effort in British history.

Running hotels, resorts and airlines for 19 million people a year, it currently has around 600,000 people abroad and will need the help of governments and insurance firms to bring them home from places as far afield as Cancun, Cuba and Cyprus.

I’m not that familiar with Thomas Cook, and by not familiar, I mean I’ve never heard of it before until I started reading these news stories.  That’s probably pretty ignorant of me, but it’s a British company, and like most proud Americans, I stopped caring about Britain the morning after we kicked their ass out of the country.  The last time I bothered worrying about British travel was the day Cornwallis surrendered and the fleet sailed away from Yorktown.  So if you’re going to try and talk shit telling me I’m dumb, just know that you’re dry snitching on yourself for being a loyalist and also probably a communist.

But I do have the internet so some quick research told me “Thomas Cook was no ordinary travel company. Founded in 1841, it changed the face of British travel. Its ubiquitous storefronts specialized in low-cost package holidays that put beach vacations in exotic locales within the budgets of middle-income Britons…so its demise felt a bit like the end of an era — and it seemed in keeping with the larger mood in Britain as the country moves closer to a withdrawal from the European Union.1”  Also, they had an absolutely fire slogan – “Don’t just book it, Thomas Cook it.”

These guys were #branding before people even knew what it was. 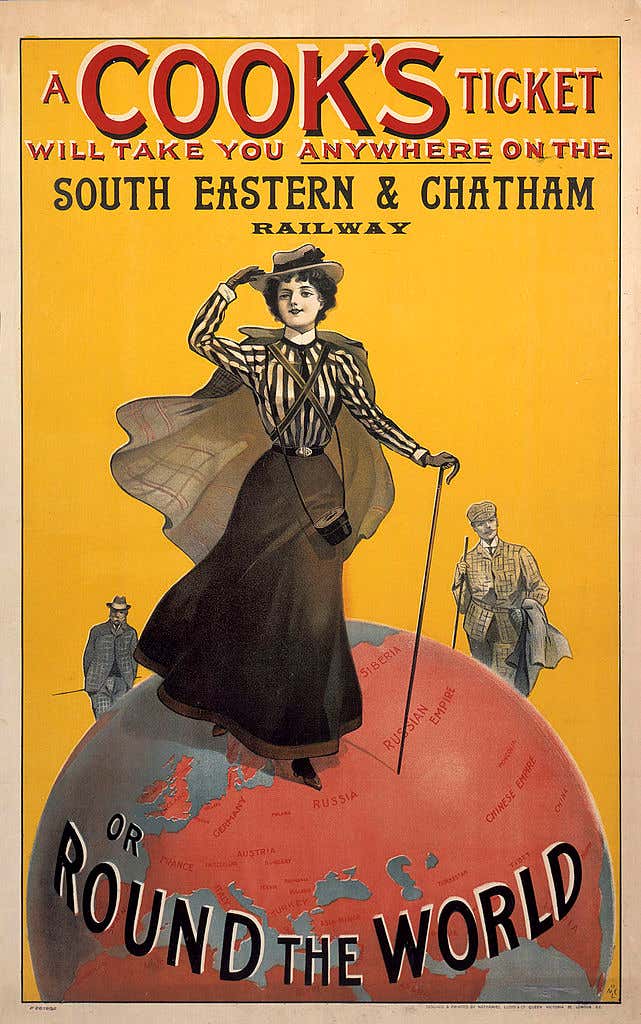 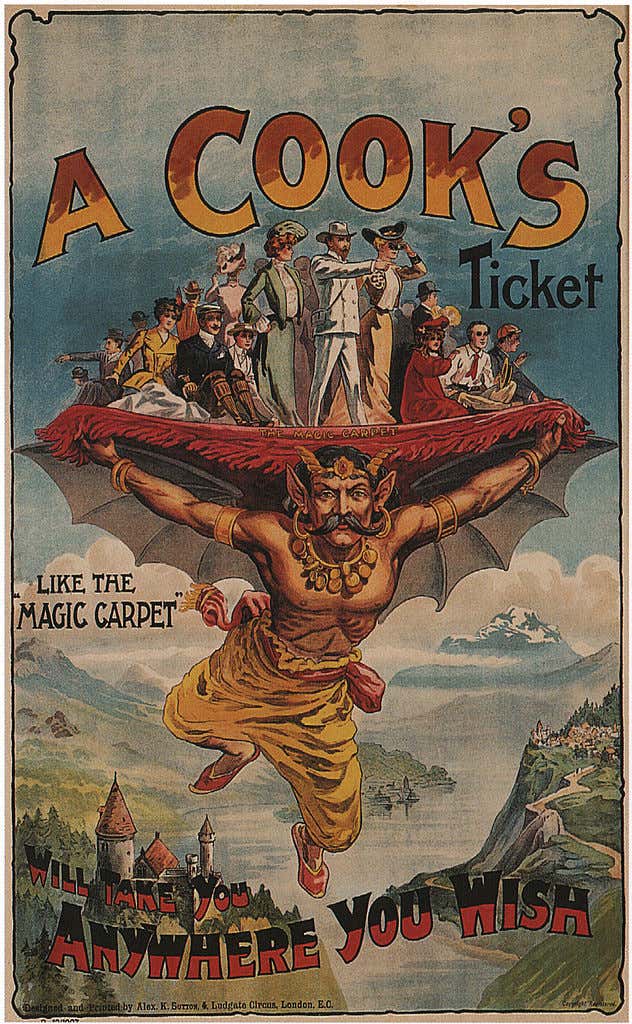 So, back to present day – you know how annoying it is when your flight gets delayed, and you miss your connection?  Or worse, when your flight gets cancelled?  You probably have at least one horror story of being stranded in an airport for 18 hours, having to sleep on the terminal floor, your harrowing journey home trying to get on standby for 6 flights and ending up in the back of a truck with the Polka King of the Midwest and the Kenosha Kickers.

Now imagine your flight was cancelled and the company you planned it with just literally stopped existing.

And it’s not just flights – remember, it’s an entire travel package thing, so they got fucked on hotels too:

Customers who booked hotels but not flights through Thomas Cook learned on Monday that they would have to pay the full price themselves: Several vacationers who stayed at one hotel in Tunis reported that when they tried during the weekend to head out for their flights home, the hotel barred them from leaving the property, demanding they pay fees they said they were owed by Thomas Cook.

One man described it as a “hostage” situation with four security guards holding the gates closed to prevent anyone leaving, according to the BBC. Two people recalled that one elderly woman had to pay the hotel more than $2,500 in fees on top of the full cost of her stay.2

(This is sneaky the most hilarious, in a you’re-a-heartless-bastard-but-appreciate-good-irony sort of way:)

Tour company Thomas Cook promised a British groom-to-be with the same name a special “surprise” for his wedding day — but instead left him stranded and $12,500 out of pocket after going bust on Monday…They booked the whole package through Thomas Cook with the wedding ceremony, flowers, cake, decorations and entertainment all due to be organized by the now-defunct company.

Most of the 30-plus guests due to fly out this week were also booked through the company — including Cook’s best man.3

Thousands of weary travelers were repatriated to the U.K. on Tuesday as part of a clean-up operation spelling the end of Thomas Cook’s long and storied history.

Following the collapse Monday of the world’s oldest tour operator,more than 14,700 vacationers had returned to the U.K., with a further 16,500 slated to arrive throughout the day, according to Britain’s civil aviation authority.

Some alcohol company needs to step up and offer free booze to anyone who got fucked over by Thomas Cook – genius PR move. Although they’ll probably go bankrupt with the amount these people need.