Source - A restaurant owner sprayed a fire extinguisher in the face of a man who refused to put out his cigarette while smoking outside the business.

The man, identified by local media as Alex Jamison, can be seen in a video which is circulating online threatening to put out the smoker’s cigarette with the small portable fire extinguisher.

When the smoker, Jon Bird, defiantly takes another drag Mr Jamison lifts the device and fires a jet of white powder straight into Mr Bird’s face.

Mr Bird told a local TV station in Salt Lake City, where the fracas occurred, he was in the area volunteering at a nearby arts festival and believed he was permitted to smoke in that part of the street.

He was next to some outdoor seating for a restaurant believed to be part-run by Mr Jamison. Utah state law prohibits smoking within 25 feet (7.6 metres) of the entrance of any business.

At the start of the video Mr Jamison argues with Mr Bird and another man about whether or not they were within 25 feet of his business.

Immediately after the fire extinguisher is sprayed in the smoker’s face, someone off camera can be heard saying “call the cops” to which Mr Jamison confidently responds “call the cops”.

Salt Lake City police did arrive later but by that time Mr Jamison had left. Mr Bird believes he has been assaulted and has hired a lawyer to press charges against the restaurant-owner.

Has there ever been two more insufferable people involved in one controversy? Let me answer that for you- no. On one side you have the wildly uptight, power hungry store owner who looks like his wife keeps a swear jar in the house and on the other you have the antithesis of that- a crunchy, free-spirited hippie. Both of whom look like the types of people whose families don’t talk to them. I mean how fucked up in the head do you have to be to let a situation get to that level? A guy’s smoking a cigarette near your business so you blast him in the face with a FIRE EXTINGUISHER? It made for a hell of a thumbnail, but still. 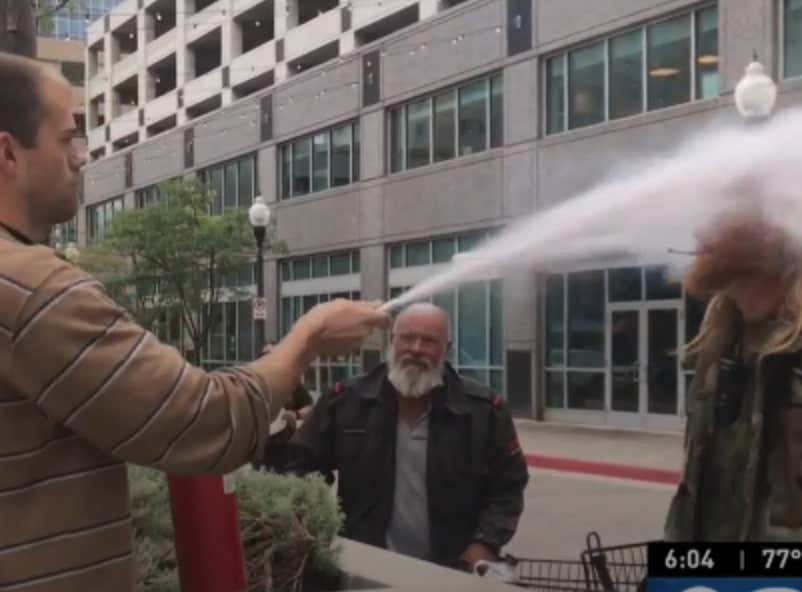 Not the hill to die on. I think I would’ve respected him more if he smashed him in the face with it. At least then the guy would’ve had a chance to retaliate.

The only person more obnoxious than the attacker was the “victim.”  JUST WALK AWAY DUDE. Seems like a pretty reasonable thing to do when someone asks you not to smoke near their business. Then again, part of me thinks that if someone walked up to me with a fire extinguisher while I was smoking I’d stand there too.

Then you have the lawyer, who I could’ve sworn cut my hair last week. 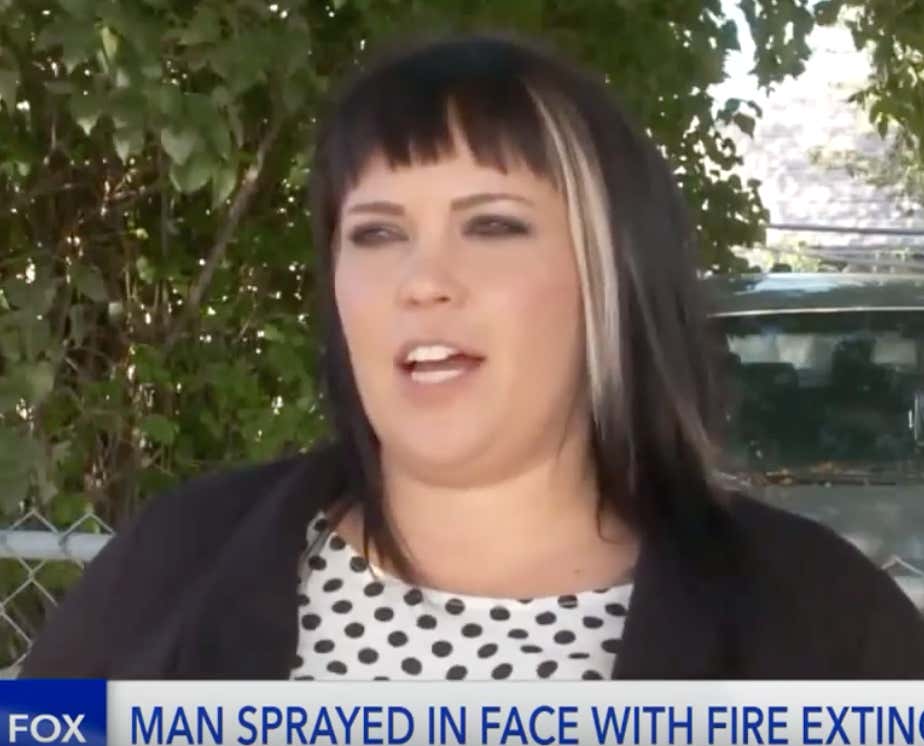 Her entire argument hinges on the fact that her meth head carnie looking client is physically ill  from “inhaling chemicals.” That’s right, she says that THIS GUY, the one who looks like Johnny Appleseed on crack is sick from a fire extinguisher. 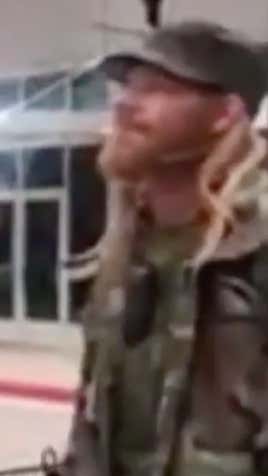 Which means she’s going to try and convince a judge that his health problems are a direct result of getting blasted in the face with a fire extinguisher and not because he leads what I’m assuming is a less than healthy lifestyle. Best case scenario is the judge sends them both to jail. Luckily, one of them is already there. 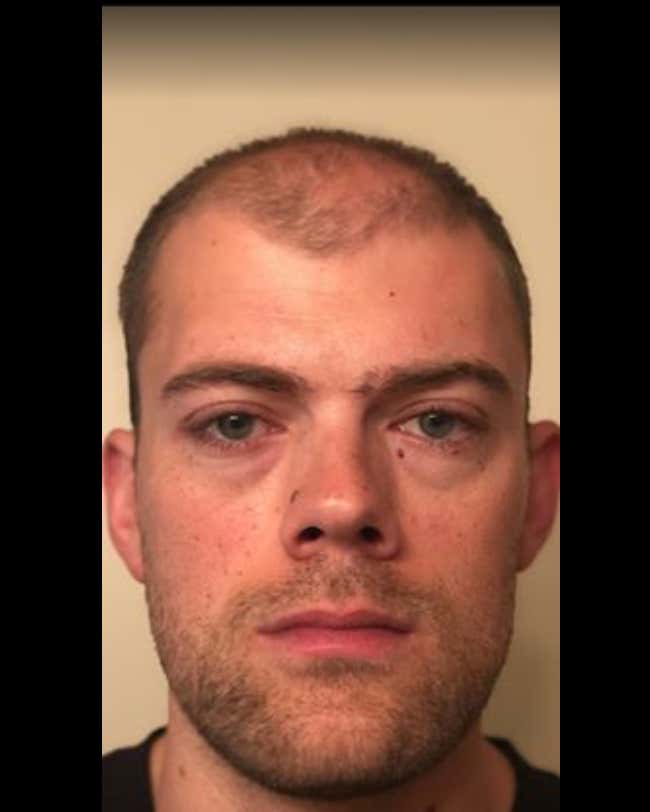 Whatever. Hopefully these two goobers learned their lesson. As long as I never see their faces again, I don’t care either way.