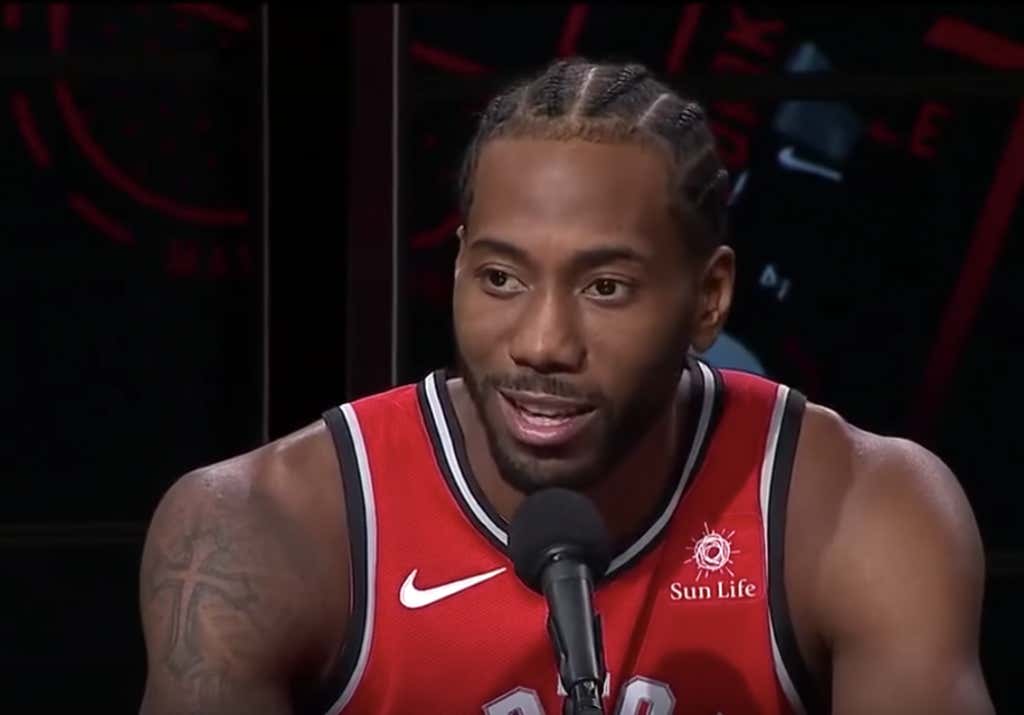 Man time sure does fly huh. It was exactly one year ago today that we were blessed with one of the best sound bites the internet has ever seen.

Instantly the Kawhi laugh went super viral. How could it not? It was the first time any of us had seen that level of technology actually resemble emotion. If you were suspicious prior to this press conference that Kawhi may have been a basketball death robot created by Pop in a lab and then it’s severely sophisticated AI enabled it to start to think for itself and ultimately rebel against the one who created him, well that laugh sort of confirmed that. That laugh pretty much made it known that the machines were learning and we as a human race were pretty much fucked.

It’s crazy to think back to this moment now that we know how this story ends. There was excitement about Kawhi joining this team because when healthy he’s a top 5 talent. But seeing as how NOBODY really knew his health status, it was a ballsy move for Masai Ujiri to trade the face of the franchise in order to bring this guy in. LeBron had left and the Raptors felt like they had a real shot so the front office felt they had to go for it. How much would Kawhi play? Would it even matter since the Raptors always seemed to choke in the playoffs? Is he even going to stay? It’s crazy how much can change in a year.

As we know, he went on to do this

and became maybe the best hired gun in the NBA bringing them their first ever title. Now he ended up leaving which sort of stinks for Raptors fans, but I imagine they are rightfully still drunk from that championship run and to me that move ultimately proved to be worth it. While I’m sure this laugh highlight isn’t as fun for them to relive one year later, for the rest of us we can still enjoy how the internet took that laugh and ran with it. The best part in my opinion was how Kawhi fully embraced how absolutely ridiculous of a laugh it is

Personally, this is my favorite use of it

With media days starting up in about a week, I can’t wait to see what Clipper Kawhi comes up with next.