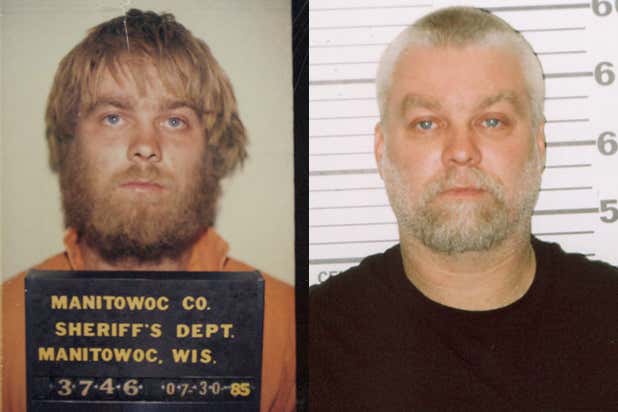 A Wisconsin man, who is already in prison for a separate slaying, reportedly confessed to the killing of photographer Teresa Halbach in 2005 — the subject of a controversial Netflix documentary, a new report published Monday claims.

The admission could pave the way for convicted killer Steven Avery’s exoneration, the report said.

The director of upcoming true-crime series “Convicting a Murderer” — an unaffiliated follow-up to the cult Netflix show —  told Newsweek the inmate confessed to murdering Halbach during a taped interview, which is now reportedly in the hands of Wisconsin authorities.

Jesus. Fucking. Christ. It is the EXACT plot of Shawshank Redemption playing out before our eyes, but instead of a highly intelligent former banker being wrongfully convicted it’s a halfwit moron from rural Wisconsin who was completely set up by police and that mother fucking Ken Kratz TWICE just because he looks like a creep. And he does look like a creep. The whole family were creeps and weirdos. Being a dumb weirdo creep doesn’t make you a murderer though. It shouldn’t be enough to send you to jail for life. Unless you’re in Wisconsin apparently.

You know who I want in jail…Ken fucking Kratz. Look at this clip from the trailer coming out “Convicting A Murderer”

NO YOU DIDN’T YOU SMUG SONOFABITCH. After all these years and all the new evidence and HAVING TO RESIGN AS DISTRICT ATTORNEY for him to just sit there and still be so indignant and arrogant about this case drives me insane. It’s no longer your job to convict him, Ken. You’re supposed to be seeking truth and justice, not an affair with a 26 year-old.

“I know this is wrong. I am such an honest guy, and straight shooter…but I have to know more about you… Are you the kind of girl that likes secret contact with an older married elected DA…the riskier the better?” he wrote.

“Still wondering if I’m worth it? Can I help you answer any questions?” he persisted as the woman shut down his advances. “Why would such a successful, respected attorney be acting like he’s in 7th grade? Are you worried about me?”

The victim then told Kratz that she would not lie and she was uncomfortable with his behaviour, but Kratz persisted.

“You should never lie to me! Obviously we have talents and this to offer that the other is intrigued by [sic], or you would have called me creepy. You wanna accept.”

Yeah, Ken. We remember those texts you creep ass.

I always kinda thought that Steven Avery did it. I can’t help it. He looks like a murderer to me. Judging a book by it’s cover. Having said that…this is America. You’re supposed to have presumed innocence. The government and the police aren’t supposed to conspire against you. Steven Avery should be allowed to sue the State of Wisconsin for a billion dollars at this point. They ruined his life and the life of Brendan Dassey for the crime of “we don’t know who did and we don’t fucking like those guys”. That is disgusting. Hopefully real justice comes from this. For the Avery family and the Halbach family so they can put it to rest once and for all.