I talked about this a little bit tonight on the Chaps and Kate show but I wanna spell it out a little more here. I think most Jaguars fans have a soft spot for Tom Coughlin the coach. He was the first coach in the team’s history and brought them to two AFC championships. After that, he got more power and had more say in GM type decisions. He stunk. The team went from very good to very bad quickly.

The team had trouble with the salary cap, made poor drafting decisions, and it was clear that both roles were just too much for him. So, he left after getting fired and went and won two super bowls with the Giants as the head coach.

Fast forward to this second stint with the Jaguars. They went on a deep run and were a whistle away from the Super Bowl in 2017. In 2018, the Jaguars beat the brakes off the Patriots and everyone in the football world thought there was a changing of the guard. It was the Jaguars league for years to come.

The Jaguars are 2-12 since that moment. Players have quit. Quarterbacks were released. The Jaugars signed Nick Foles to try to steady the ship. That’s not what happened at all.

After losing on a failed two-point conversion, the wheels have completely come off. Jalen Ramsey, the most notable player in franchise history besides Fred Taylor, requested a trade. It wasnt because of the dust up with Marrone on the sideline. It was because he hates the front office. Here’s Ramsey in his own words.

Now, back to Coughlin. The fans have turned on Coughlin. Look at this shit. No editing. This is from their team’s twitter account just about an hour before a game. The fans arent fired up. They are fucking pissed. 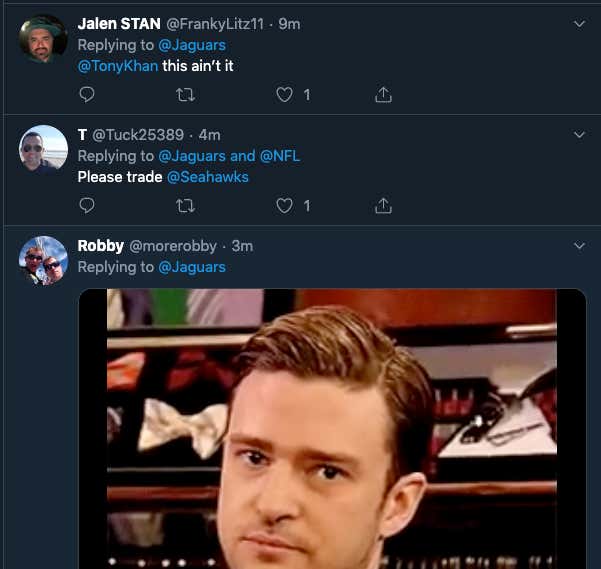 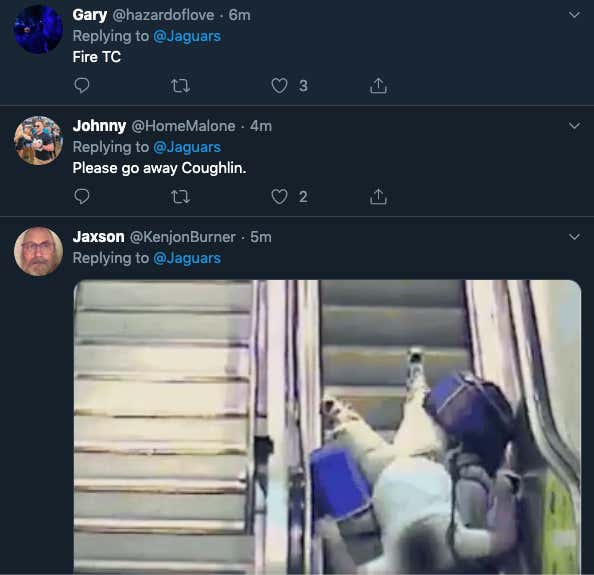 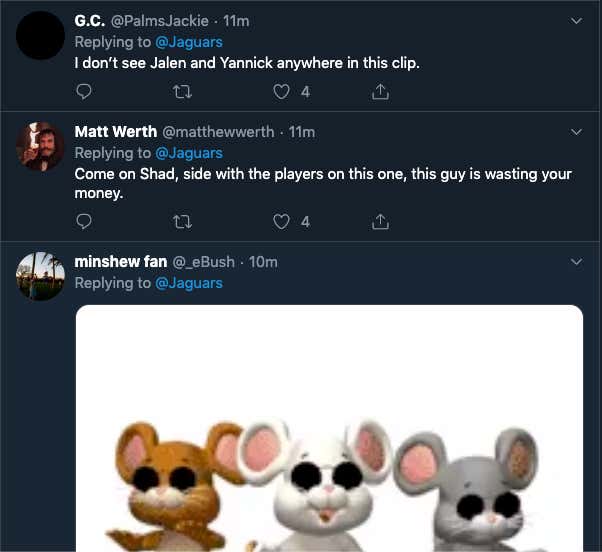 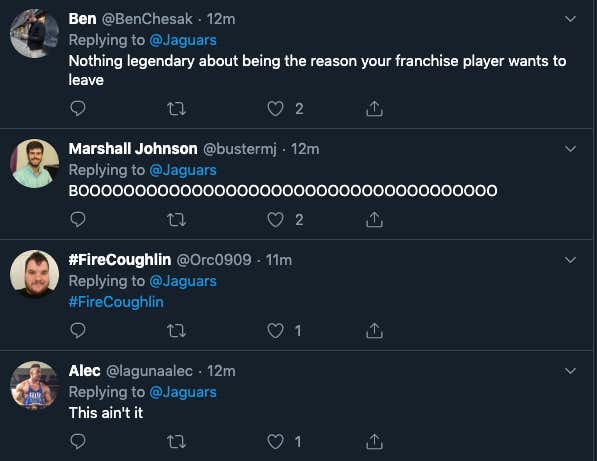 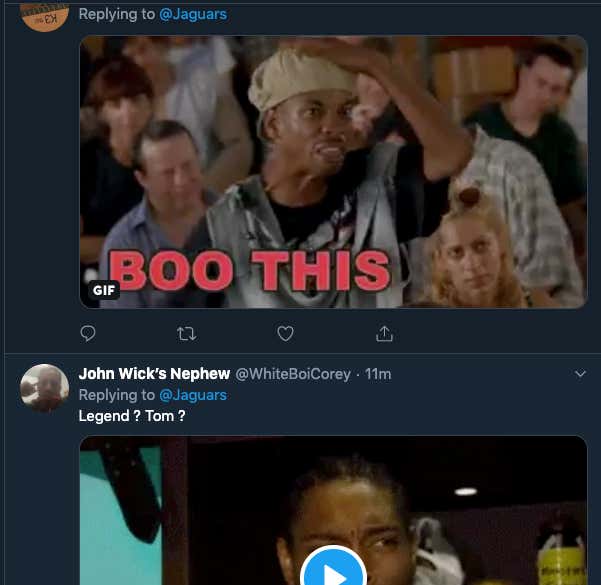 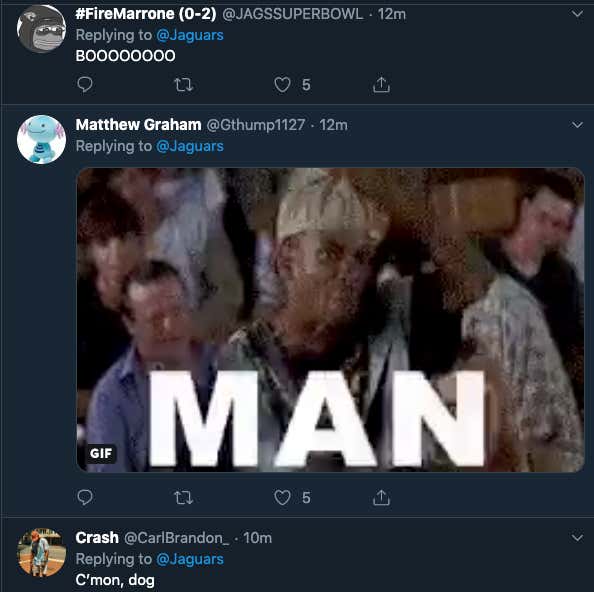 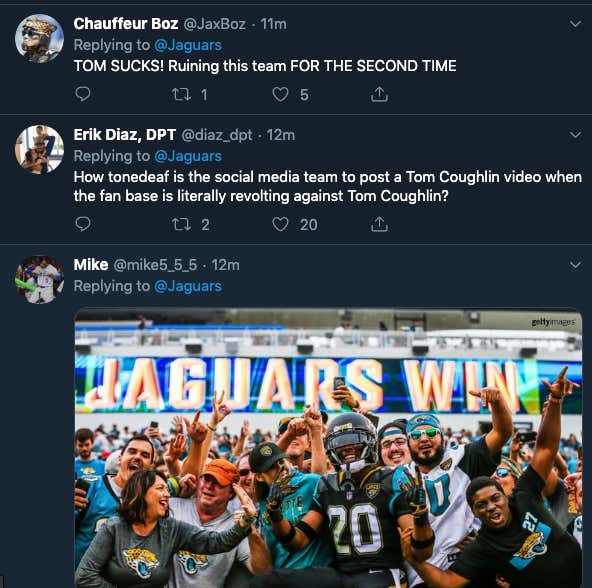 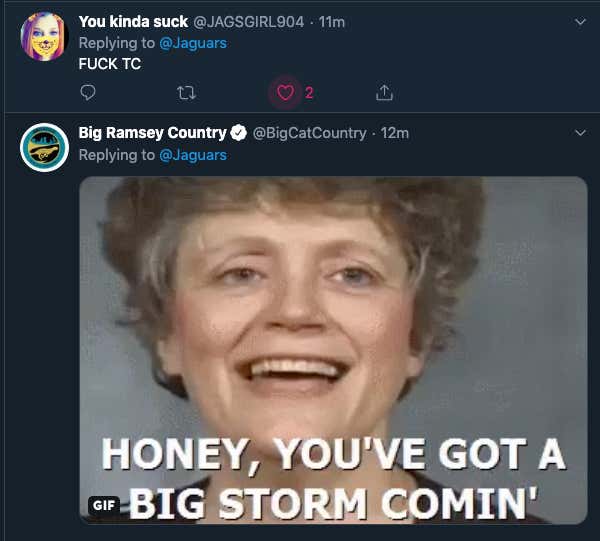 I didnt see a single comment supporting Tom. That shit should speak volumes. The Jaguars never have great players. You cant let one go for old ass Tom Coughlin. You just cant… well, you cant if you want to keep the fans.