So in case the Giants starting 0-2 and benching the best quarterback in team history for a rookie wasn’t enough, Big Blue has decided to kick the hornets nest that has sat atop the New York ratings books for decades. I’m sure Mike will take this news amicably with the usual grace Mike displays when someone fucks with his show.

JK, Mount Francesa is rumbling at its base to the point it may register on the Richter scale and almost definitely going to erupt this afternoon, which I cannot wait to hear. I understand that bailing on a radio show spot shouldn’t be that be that big of a deal in the modern media landscape. But the head coach of a struggling New York sports team bailing on Numbah One during football season is like invading Russia in the winter. You just don’t do it. Mike’s resume, longevity, ratings, and paychecks have been built sewering the Mets and Jets for eons. But now Mike can fill all those hours of dead air by ranting to his army of Mongos (which include quite a few angry Giants fans) and unleashing a holy radio war against the unholy trinity of John Mara, Dave Gettleman, and Pat Shurmur. Mike already has gone in on Gettleman enough times since he was not made available for Mike’s show over the summer, causing Mike to skip Giants training camp for the first time in forever.

But now Pat Shurmur’s ass as well as 15-36 records reside squarely in the jackpot and Mike’s crosshairs. Then again, it’s not like Mike hasn’t been critical of Shurmur’s team. 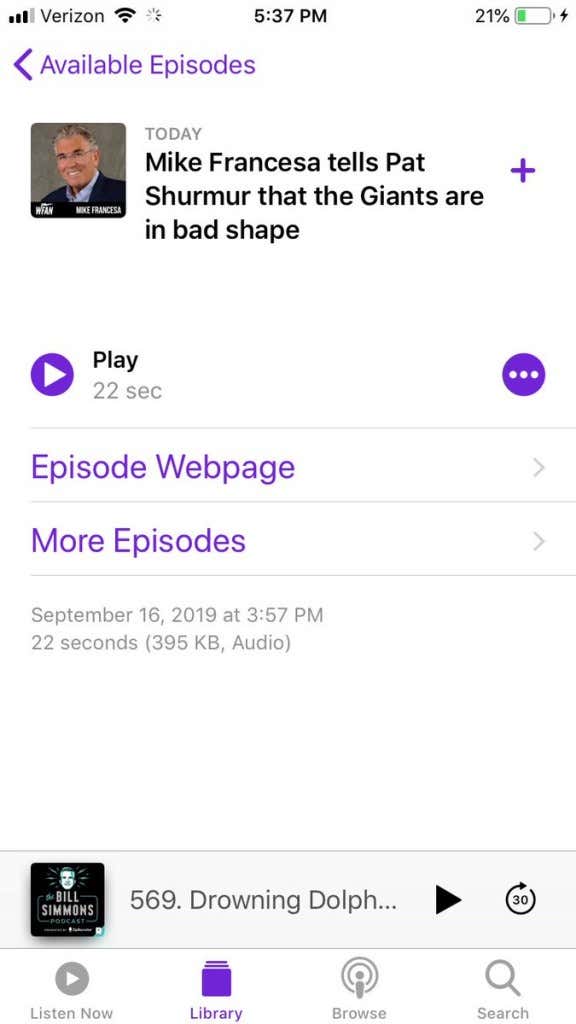 I don’t care if you like Mike or the Giants. Uploading a 22 second podcast of you criticizing a bad football team is Laugh Out Loud funny. Mara, Gettleman, and Shurmur already needed Daniel Jones to be good. But now that Numbah One is on their ass, they need Jones to be good sooner rather than later. Because we remember what happened the last time the Giants benched Eli.

God I wish the Giants were still the media darlings of New York instead of basically doing everything wrong since the day this happened.