Yesterday, another set of episodes of “The Corp” were released, including one with former hockey player Tie Domi. The 49-year old spent his career playing for the Toronto Maple Leafs, New York Rangers, and Winnipeg Jets. But according to Alex Rodriguez, Domi played a role in helping the Yankees win the World Series 10 years ago. Let A-Rod, Big Cat, and Domi explain:

Alex Rodriguez: We had a big A-Rod party, they called it. My 34th birthday in 2009, July 27th. Now, the entire team is over there. Front office, Jay-Z and Beyonce (namedrop), and then around midnight, now this is a Saturday when we have a 1 o’clock game the next day, someone jumps in the pool, then I jump in the pool, [Joe] Girardi jumps in the pool, the manager. Now I’m talking about 100 people inside the pool. Now, there’s two people dry in the entire party: one is Jay-Z, and the other is Tie Domi, who was protecting Jay-Z. ‘Hey, Tie, don’t let anybody get near you.’ He goes, ‘trust me, nobody will.’

Tie Domi: And guys would come around, they’d try to sneak up. Jay-Z would come over, put his arm around me with a cigar in his mouth.

Big Cat: Now, was that a defining moment when the team came together in the season, winning a World Series?

Alex Rodriguez: I think so. For me, it was the moment it all came together. Because the one thing Tie kept kind of coaching me on, was “you guys got to stick together no matter what people say on the outside. Nobody can mess with the brotherhood of the 25 players. I think that was kind of the pivot in our year.

Tie Domi: At that birthday party, I just saw how he [Alex] was to all of his teammates and he gave everybody the time of day whether it was his teammates, trainers, the manager. He’s giving those people attention. I think everybody got to see who jumped in the pool and the whole team is in the pool, except me and Jay-Z. They [the Yankees] got on a roll after that. You couldn’t beat them. 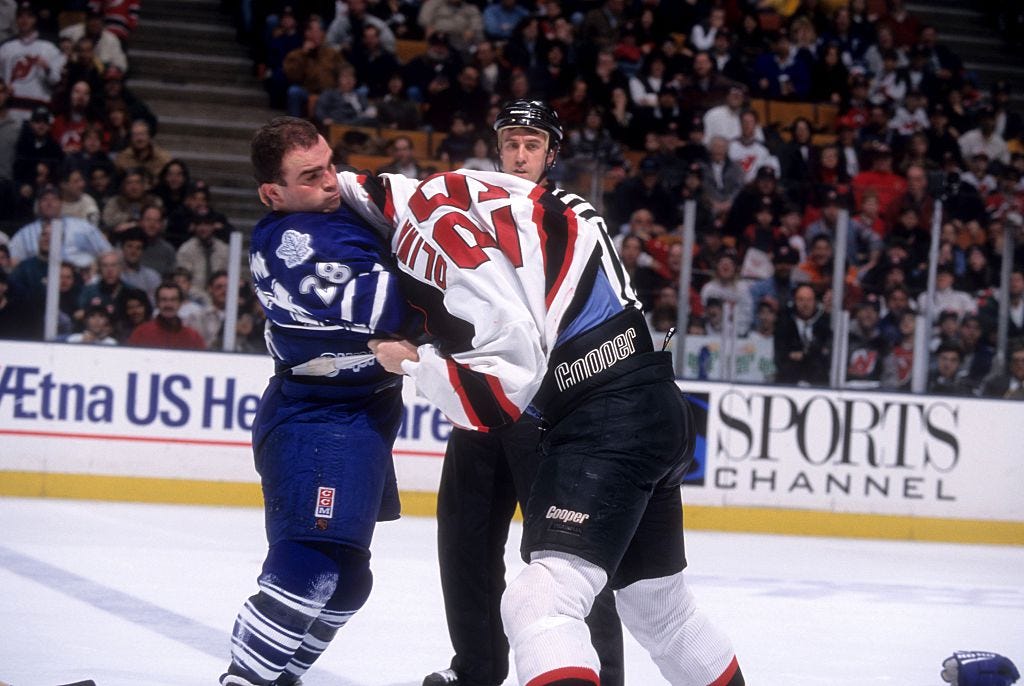 I always wondered about all the fun stuff that goes on behind closed doors with certain teams that have fun people sprinkled throughout the roster. They often say winning cures everything, and this awesome example shows just that. Imagine being Jay-Z’s impromptu bodyguard while at Alex Rodriguez’s birthday party? What an awesome night that must have been. The chaos near the pool must have been unreal. Not only are you protecting one of the most successful rappers of all-time, but the next thing you know, Derek Jeter and Mariano Rivera are jumping the pool. So fun.

The only question left after hearing about this story: Has Tie Domi earned his pinstripes?