Ah, Colin Cowherd. Sure, sometimes he gets his facts wrong when it comes to talking Ohio State football with Urban Meyer. But then like a reliever who puts a bad outing behind him, he’ll come out and throw an inning like this.

I’ve written lately about how we are so desperate to put Tom Brady’s career in perspective that we’ve stopped comparing him to any other quarterback. We’re now pairing guys up, just to make it fair. Pairs like Peyton Manning and Andrew Luck: 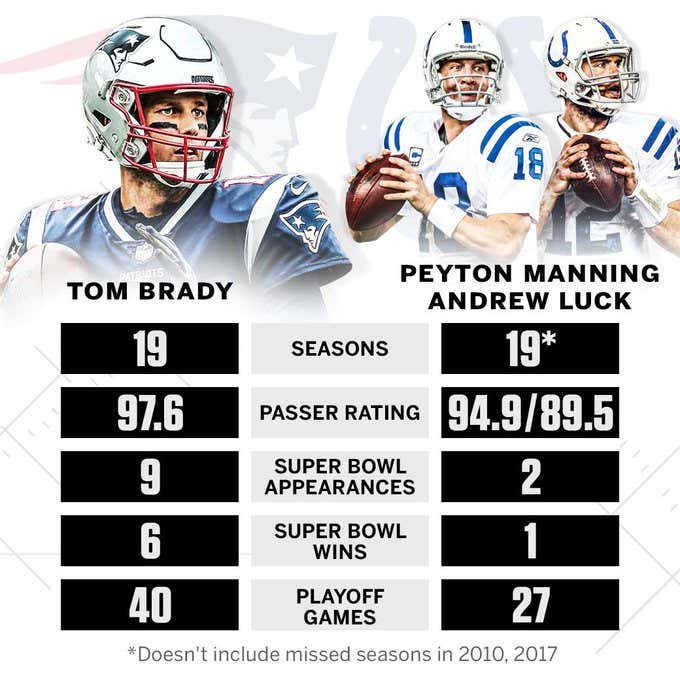 And even two Hall of Famers like Joe Montana and Steve Young:

And now Cowherd is ushering us into the final phase of Brady perspective. Where the only way we can measure his success is against the untouchables in other sports. And demonstrating that he’s lapped the field even in their mighty company.

Michael Jordan? Not the biggest winner in his own sport. Plenty of players have more titles. Bill Russell has almost twice as many. Doesn’t hold all that many records. Plus he had Scottie Pippen.

Brady not only will hold every record, regular- and postseason that he doesn’t already own, he’s done it without an equivalent to a Messier or a Pippen, save for a short stint with Randy Moss and an off-and-on, injury-riddled career of Rob Gronkowski. And in fact, he’s so accomplished, you can divide his career by two and not only is each half Hall of Fame material, they might rank No. 1 and 2 all time. 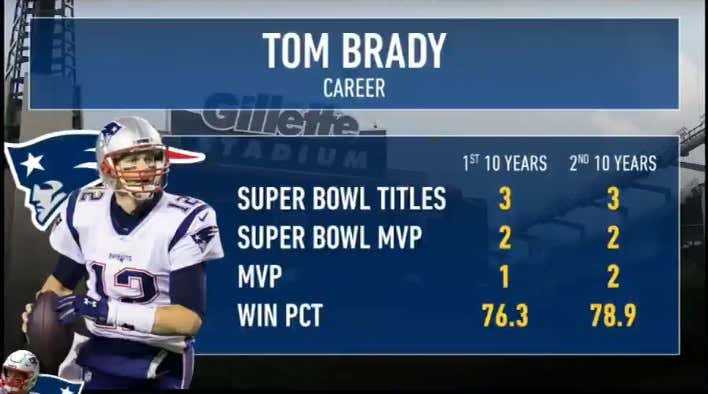 I’ll go one step further and say that if you divided Brady’s career into thirds, all three parts would be Hall-worthy. It’s just that the middle third had only two Super Bowl appearances and no rings. Just two AFC championships and two MVPs. But whatever.

These are the lengths we are going to now to be able to process what we are witnessing. We are grouping people together like Tag Teams, referencing guys in other sports and dividing Tom Brady’s greatness into manageable little parts so we can wrap our brains around them properly.

And the kicker is, this year he might have his best team around him. Gretzky? Jordan? You’re strong… but Brady could snap his fingers… and you’d all cease to exist. 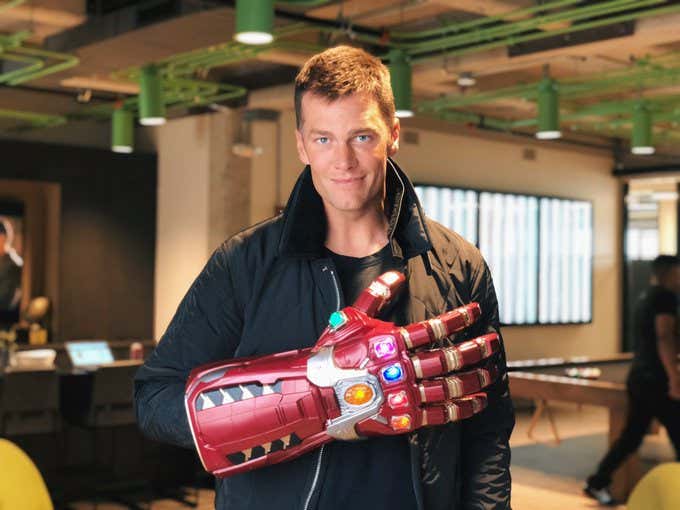