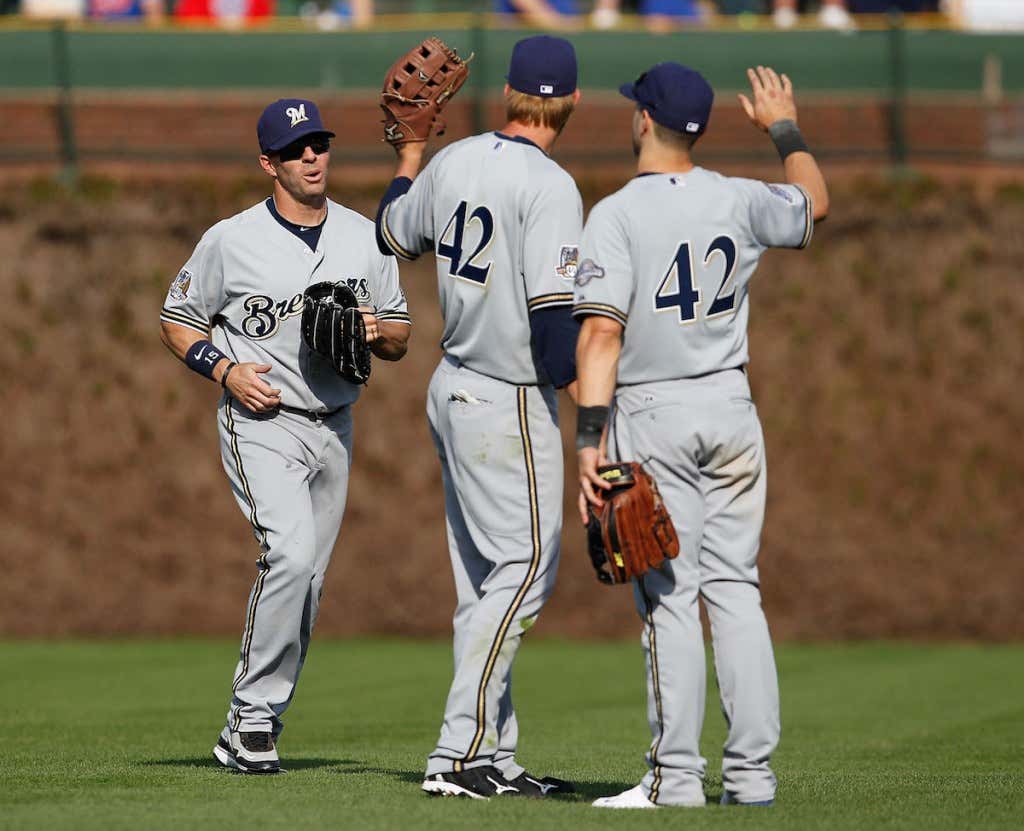 Jim Edmonds obviously didn’t say Braun’s name, but when your description of said nameless player is “a guy in Milwaukee that has been a really good player for a long time” who “does not want to play all the time”, then there are only so many players that could be.

In fairness to Edmonds, I went back and did the research, compiling a list of players that have been considered “good” for a “long time”, currently hold a roster spot with the Milwaukee Brewers, who also have a lengthy injury history. Here’s the list that I came up with:

Alright, so it was Ryan Braun that he was talking about. Baseball fans will remember Edmonds’ career fondly for his years with the Angels and Cardinals, but not many will remember his half a season with the Brewers in the final year of his 17-year big league career. The year was 2010, the year before Braun won the National League MVP award. Yes, Edmonds and Braun were teammates once upon a time.

I don’t know what triggered the shots at Braun, but it sounded like Edmonds was sitting on that one for a little bit. To his credit, the other broadcaster was trying to steer the conversation away from the Braun shade, but Jimmy wasn’t having it. He was gonna lob those bombs over to Milwaukee whether the rest of the booth liked it or not.

Braun hit a grand slam yesterday to propel the Brewers to victory. Perhaps Edmonds was salty seeing him celebrate. I don’t know. What I do know is that Edmonds is old school. He more than likely played through injuries, averaging 134 games a season from 1995 through 2005. That’s not to say that he played through all of them, though. Not saying he should have, but it’s not like his baseball-reference page looks like Cal Ripken Jr.’s, either.

I don’t know what’s going on here, but would love to hear a juicy backstory.