Not much of a motivational speaker, is he? But this is the realest quote I've ever seen come out of a coaches mouth. The complete opposite of what Bill Belichick says each week leading up to his game…

That's laugh out loud funny. But honestly, the Jets have a much better chance of beating the Patriots this week than Miami does of beating Ohio State. The Buckeyes are 39.5 favorites heading into Saturday.

But that's totally okay. I actually love and respect what the Miami coach said here. A lot of times I get mad when other Ohio schools try and act like something they're not. I have absolutely no problem with Ohio U students being the partiers, Miami being the preppy kids, and Kent State students being the kids that couldn't get in anywhere else. But absolutely none of them can play football. Someone should tell Cincinnati that. 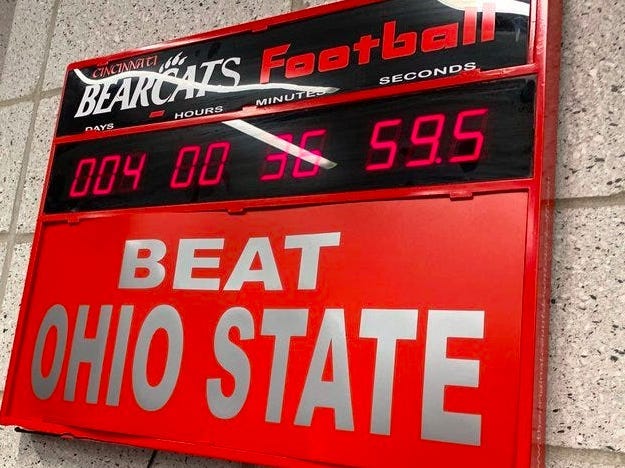 They did NOT beat Ohio State for anyone who may be wondering. In fact, they lost 42-0. And Miami will probably get beat worse than that, but at least their coach has some sense of reality and is not parading around like this is a rivalry game. This is nothing more than another non-conference tuneup for the Buckeyes before they start playing Big Ten powers like . Well shit, the whole Big Ten sucks this year (again). I guess this is a tuneup for the playoff.

Anyways, I can't help but wonder what the Miami players think of this quote. I've never really been on a team that has absolutely 0% chance of winning a game, so what's it like? Does he include this in his pregame speech? Let's keep this within 5 touchdowns in the 1st half? Regardless, I officially respect this coach. Enjoy your time in Columbus on Saturday and Miami University, enjoy your big payday!