We know it’s bad in DC. It’s real bad. Everyone hates Daniel Snyder. He has taken our beloved Redskins and ruined them. He has made it impossible to be happy during football season. Year in and year out we give our lives to this team, tell ourselves this one will be different, and then Dan Snyder smacks us over the head with a tackhammer and laughs all the way to the bank.

But change is a brewin. The games no longer sell out, and the fans that do show up are 70% away fans. 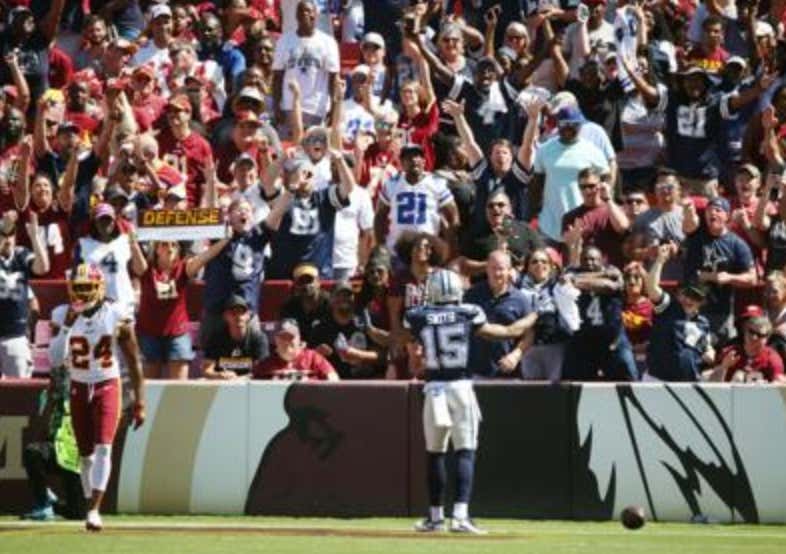 And now…well…people can’t even be bothered to watch on TV. 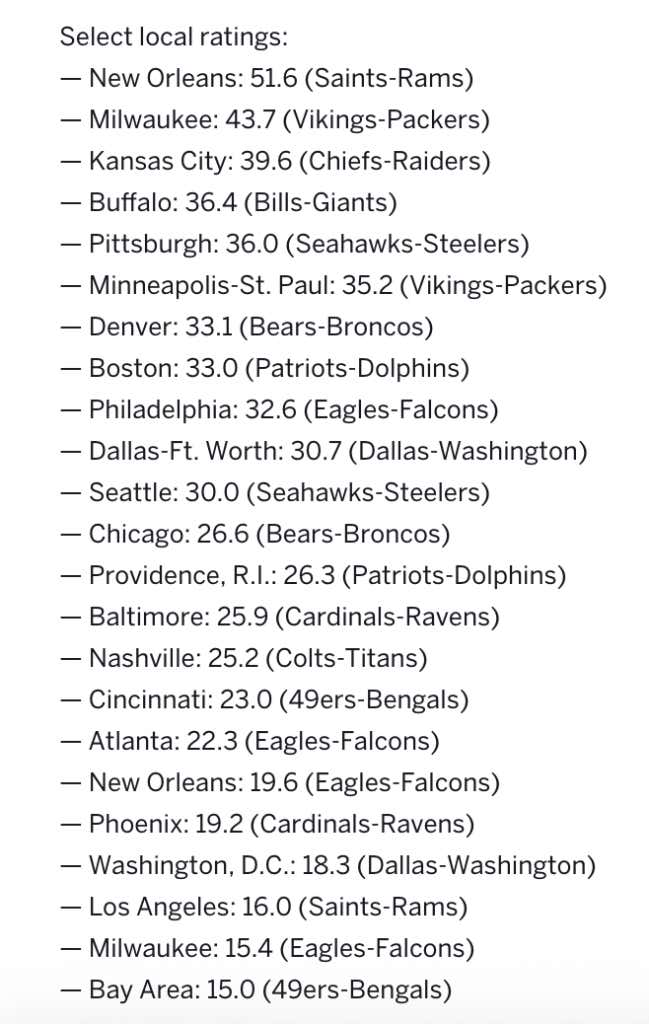 This is Redskins/Cowboys for goodness sake. A higher % of people in Phoenix watched the Cardinals. The Bengals have a stronger base watching them in Cincy. Nashville wiped the floor. People in DC are just so over Dan Snyder’s bullshit they’d rather go pain the deck or mow the lawn or soak their paper cuts in lemon than watch the Skins.

This obviously should be wake up call for Snyder, but it won’t be. He’s installed this culture and systematically ripped happiness out of the hands of Redskins fans over the last 2 decades. He’ll probably demand Haskins start against the Patriots or something stupid like that to try and get ratings up. He has never fixed a problem, only has put band aids on bullet holes.

I’ve been saying it for years, but if you give Dan Snyder money, you’re part of the problem. I’m happy to see people are giving him less and less year after year. Keep fighting the good fight, my friends.

Imagine if something terrible ends up happening to Haskins? I might do something I’ll regret.