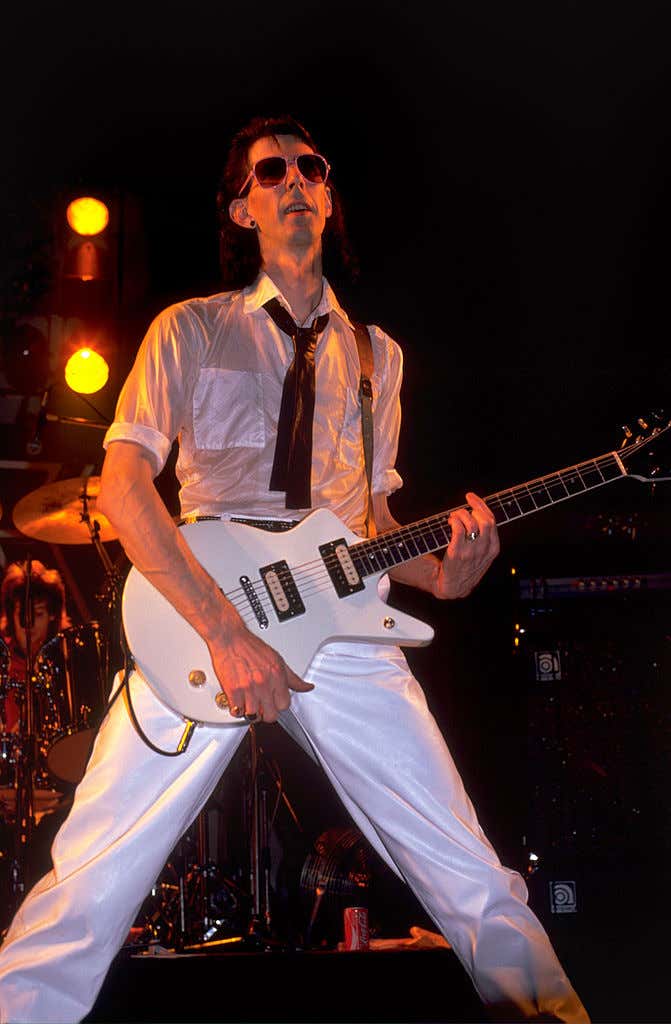 Ric Ocasek, the effortlessly cool, sunglasses-sporting frontman of the seminal Boston band The Cars, was found unresponsive in bed Sunday in Manhattan and pronounced dead at the scene by emergency workers. The founder and face of the innovative band that rocketed to superstardom in the ’80s and entered the Rock and Roll Hall of Fame last year was 75.

I have no idea what the current utes know or don’t know about The Cars. But if you were breathing oxygen from the late ’70s til the late ’80s, you knew goddamn well who they were and how fucking good they were. Their revolutionary self-titled debut in 1978 made them radio stars at a time when radio was king. The Cars album was loaded with bangers and established The Cars as the Next Big Thing. Their distinctive, synth-fueled sound was unlike anything we heard before and you couldn’t put them in any one box. Power pop? New wave? Punk? Call it whatever you want but just call it damn good. And, all due respect to the late Benjamin Orr, Ric Ocasek was The Cars.

For within a few years, there would be a new king in town—a channel that would play only music videos (well, at least for awhile). MTV made a lot of one-hit wonders and shitty bands briefly popular before quickly fading out. But if a band was actually talented and creative, MTV was their springboard to the rarified rock-and-roll stratosphere. The Cars were one such band.

Riding a wave of hit songs and increasingly inventive videos fronted by the lanky, pale lead singer/rhythm guitarist who wrote most of their hits, The Cars went from playing New England dives to winning the first ever MTV Video of the Year Award in about eight years (yes, it was a big fucking deal in 1984). The video for “You Might Think” will probably cause mild concussions due to excessive eye-rolling by modern audiences. But it was a monster hit that pushed the band to the peak of its popularity. And Ric Ocasek was a household name.

Just four years and one album later, The Cars, as we knew them, were done. But they left a string of hits (13 Top 40 singles) and a new sound that would serve as inspiration for generations of musicians after them. Ocasek continued his successful producing career, released a few solo albums, and raised his kids with his supermodel wife Paulina Porizkova (they eventually had an amicable split).

Though there was a reunion of surviving members in 2010 that led to an album and small tour, last year’s performance at the Rock and Roll Hall of Fame induction ceremony was the most memorable thing we’d seen from the band since it’s ’80s heyday. It would be the last gig that Ocasek and The Cars would play.

Much like The Band and CCR before them, The Cars had their own unique sound, cranked out a handful of quality-to-fantastic albums in less than a decade, and left an indelible mark on rock history before calling it quits (not including years-later “reunions” without key members). Their songs will be played for as long as music will continue to be played. Without Ric Ocasek, none of it happens.

Farewell to a brilliant musical pioneer, a beloved family man, and a Boston music legend.