I honestly don’t even know what to make out of Pete Alonso anymore. Forget about the different home run records he has already shattered in his rookie year or his incredible ability to come through in the most clutch situations. The leadership this guy has shown less than a year removed from the Minors is unbelievable. From always being in the middle of getting guys going in the dugout to being the designated Hulk Hogan of jersey rip offs following a walk-off to inspiring a bunch of fans exhausted of a rollercoaster season by throwing a big ol’ F word in the middle of Lets Go Mets.

But to go out of his way to order cleats for every single one of his teammates that commemorate the darkest day in his new city’s history less than a year after moving here is some next level stuff. I said this back in April when he was just a baseball mashing monster instead of a baseball mashing monster that comes through on and off the field more times than not that I honestly don’t know how the Mets ended up with Pete Alonso. It’s like a glitch happened or the Baseball Gods forgot their entire existence is to stick it to the Mets right before they picked Alonso. But despite all odds, he is somehow here and boy is he beautiful. 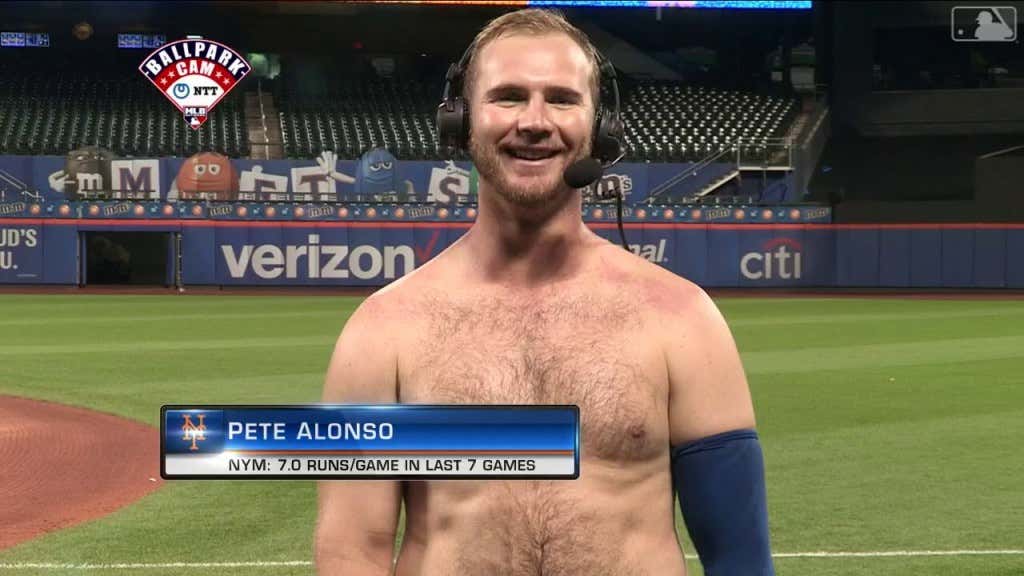 I know it’s ridiculously early in his career. But if anyone is on the path to become the next captain of the New York Mets, it’s Peter Morgan Alonso.

Also if you haven’t read Large’s blog about 9/11 yet, you should make sure to carve out a few minutes to do so. It is extremely well written and hits every emotion in the book on this extremely emotional day.