I wrote this blog last year for the Rodman 30 for 30 and seeing as his episode is tonight, I'm running it back. These are my favorite memories of Dennis.

The Dennis Rodman 30 for 30 drops tonight and safe to say it's going to be a masterpiece. You know it already. Rodman is a bona fide content factory not to mention the greatest defensive forward in the history of basketball. If you grew up following the Bulls or just the NBA in general then you know how big he was plain and simple.

So in honor of Dennis and in anticipation of the doc, here's some of the most appreciated parts of Rodman with the Bulls. Not an exhaustive list as more of just a tribute to the hardest motherfucker in the history of boxing out. 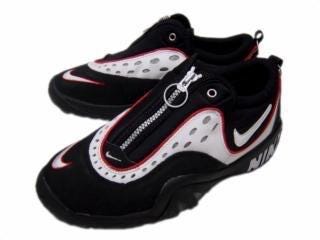 Every kid across Chicago was lacing up The 1996 Air Worms or whatever these were called. As a result these things were absolutely IMPOSSIBLE  to find for a good 6-8 week period back then. Dropped right around the time the Bulls were about to make their playoff run and that's because they had to market the shoe around a championship. That's old school marketing you just don't see anymore and on the subject of nostalgia are you fucking kidding me with that design? The zipper with a stripper earing to top it off? Name a Defensive Player Of The Year candidate that moves product like Rodman. Name a guy who averages 5 ppg that sells out shoes for months. And not just any shoes, but again for good measure:

These shoes. My god. 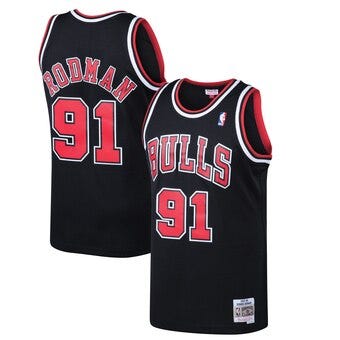 Not the authentic jersey with the stitched in lettering. No. Fuck that.

I want the shiny black shitty jersey with the painted numbers that fade with each wash and just like the Worm Shoes everyone needed this jersey.

Also keep in mind the 91 Black Rodman is by far the most popular Bulls jersey from that era that featured MICHAEL FUCKING JORDAN.

Imagine Dennis rolling up to practice like "Hey Mike I sold more jerseys in Naperville this weekend." Talk about a death sentence.

Dude you just hit that lady.

Shouldn't have been standing there. 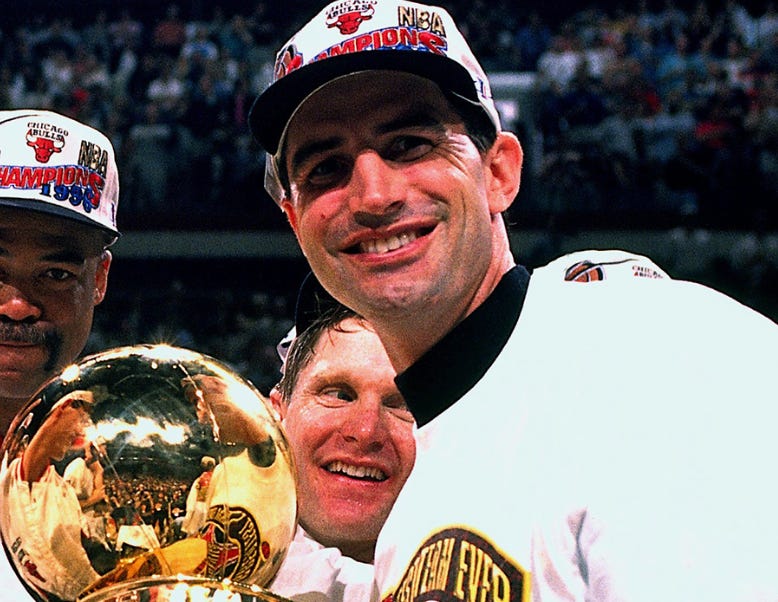 Haley passed away a little over 4 years ago. You maybe don't remember him but he won a championship in 96 with the Bulls. Story goes Rodman was so controversial when he came over, part of the deal was his best friend (Jack Haley) needed a roster spot. They made it work and Haley ended up in exactly 1 game in April scoring 5 points. I remember my parents screaming they were so excited he was getting in the game. Our whole family crowded around the television and cheered the shit out of those 5 points.

Notably, Rodman played in 64 games that year and lead the league in rebounding.

That's a pretty fair trade off. 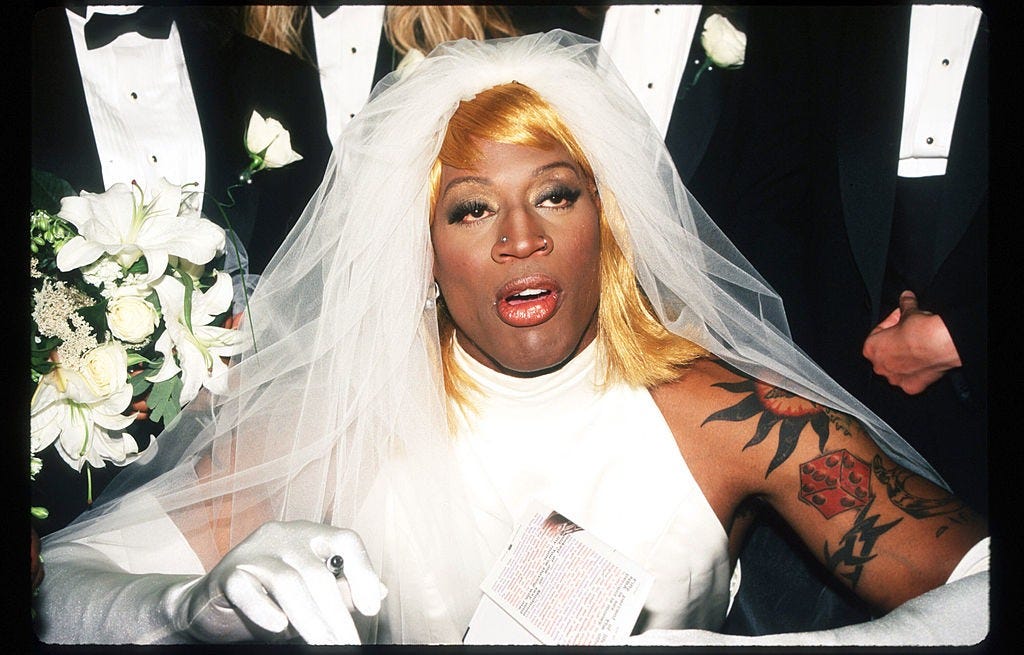 No clue what was going on here but it was inbetween championships 1 and 2 with the Bulls and fresh off his 5th straight year of leading the league in rebounding. So yeah by all accounts this was a weird summer and a big move but who in their right mind was telling Dennis Rodman don't get fake married. 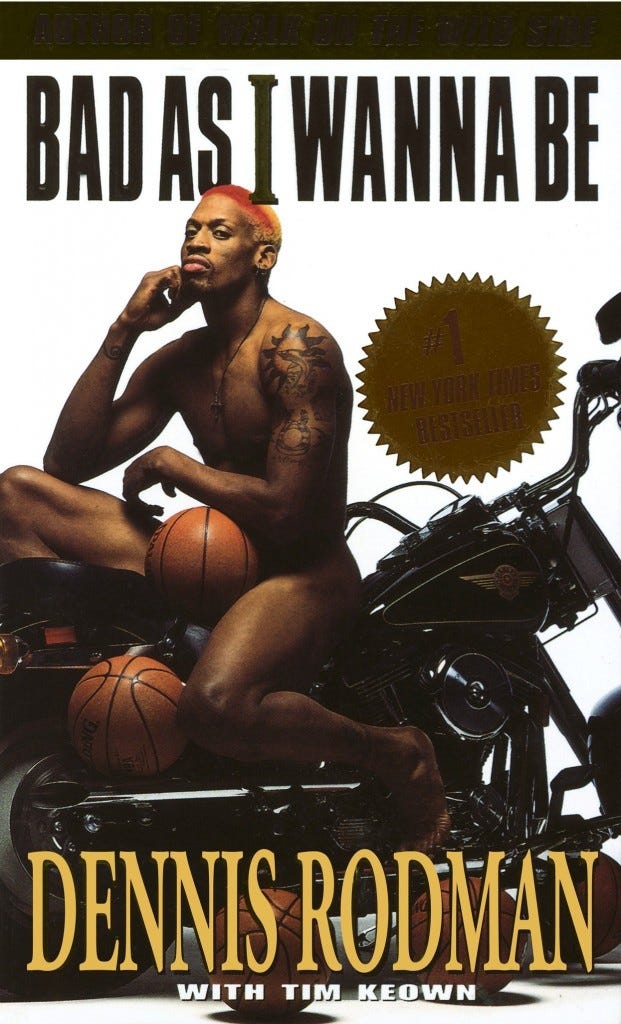 I was 10 when this came out. My brother was a sophomore in high school. He got a copy and my parents made him hide it so I didn't get into it because I was a loose cannon. My folks didn't want me getting ideas from Rodman but at the same time imagine hiding a book FROM A CHILD. Like the fact I couldn't go near this book was such a bad boy play for me. Made Rodman that much cooler

Every night like clockwork. My lifelong DREAM was to get this jersey. One time I brought a sign to the 300's that said "May I Please Have Your Jersey" and my buddy's dad was like What The Fuck Are You Doing You're Embarrassing Me but you know what? I didn't care. I sat the whole game thinking someone from Dennis Rodman's crew must have seen my sign in the 300 level and based on my dedication alone they'd be compelled to bring me down to courtside seats for a proper introduction.

And it's because of Dennis Rodman. 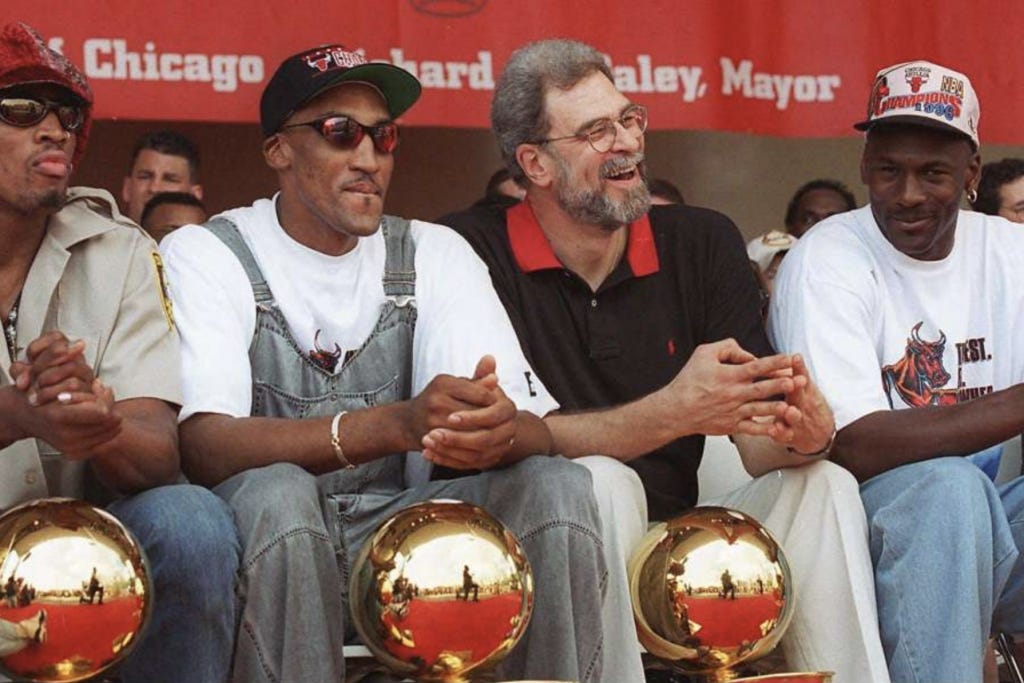 Everyone's dad, uncle, friend's dad etc. was obsessed with how hard Rodman played. And again keep in mind this was 20+ years ago when the climate for this stuff was wayyyyyyy different. And amidst all that, every adult male in my life overlooked his bullshit. Rodman was ADORED by these guys religiously and for one reason only: Results.

That's the beauty of life. You can be whoever you want as long as you deliver.

Rodman did just that.