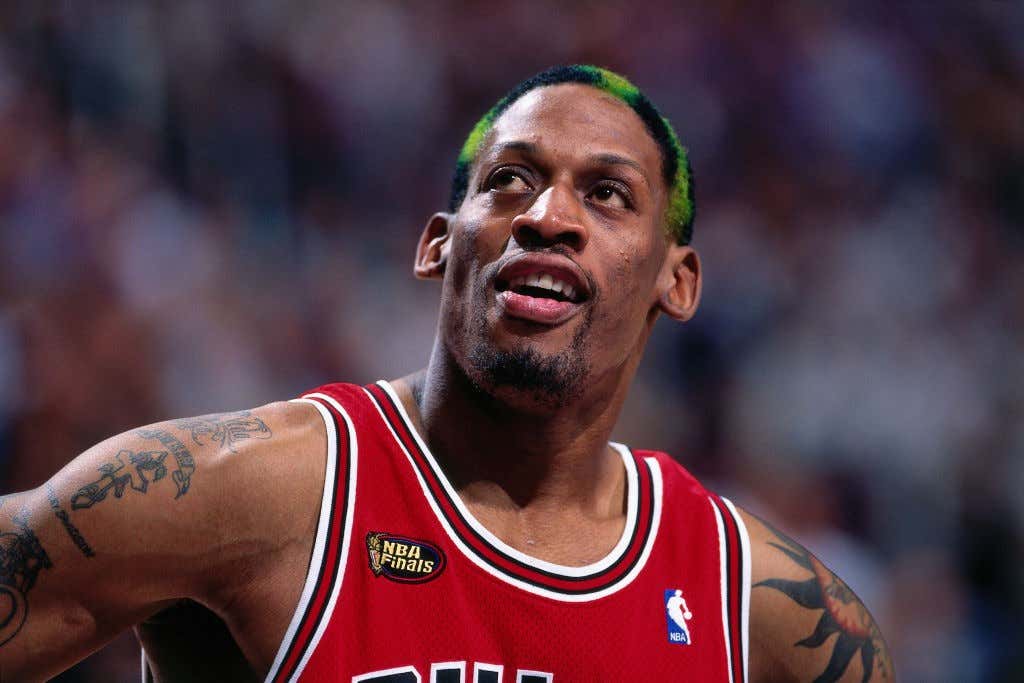 Is there a more fascinating human on this planet than Dennis Rodman? I’m going to go ahead and say no. A couple of titles as a key member of the Bad Boy Pistons, then three more in a row with the Jordan Bulls, and ultimately finding his way to the Basketball Hall Of Fame in 2011, Rodman’s resume is pretty damn stacked

But that’s only half the story when it comes to Rodman. For as dominant as he was as a rebounder and a defensive player, that’s how crazy his life was off the court. The man is best friends with Kim Jong-un for crying out loud. They just don’t make them anymore like Dennis Rodman. It’s what made his appearance on KFC so interesting

and then there was his ATI experience that didn’t disappoint

so I have little doubt that this 30 for 30 won’t deliver the goods. I feel like in terms of NBA history, few players partied as hard as Rodman did during his playing days and then came out and absolutely dominated at his craft the next night. I can only imagine what it was like to be a teammate, of even this dudes coach, because while you may have wanted to discipline him for his off the court shit, you knew that he was a major part of your team’s success so you had to deal with it.

Nobody embraces the “I don’t give a fuck” mentality more than Dennis Rodman, which is why he’s such a legend and I will always be down to listen/watch anything involving him telling stories. But even with all the crazy shit, let’s not forget this dude was an absolute animal on the basketball court