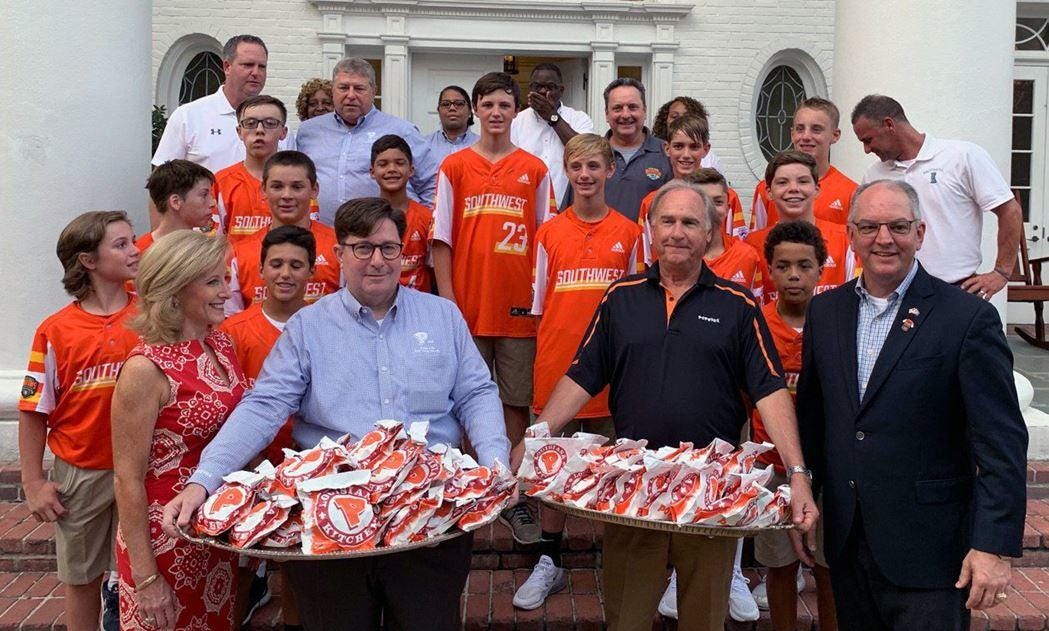 ABC BATON ROUGE - The Little League World Champions from River Ridge received some big surprises during their visit in Baton Rouge Sunday. The players got to meet LSU baseball coach Paul Mainieri. Each member also got their own personalized baseball bat. As for their meal, Governor John Bel Edwards managed to secure a supply of the coveted Popeyes chicken sandwiches. The sandwich has been out of stock since August, when the company "sold out" nationwide due to extreme demand.

Hold on a gosh darn minute. We already paraded these kids around ESPN like they're some sort of superstars, even though they are actually very below average 12 year old baseball players -- White Sox Dave did a good job explaining that -- but is that not enough for these scrubs?? I don't care that this group of kids is the best group of rec league baseball players from the same town in the entire world, this is too much.

I thought that Popeyes chicken sandwiches were completely sold out.....? I drove around central Ohio back in August looking for one these suckers, only to find out two days later that the entire franchise had been sucked dry. I called about 5 stores, but they had stopped answering their phones. I just wanted to try one of these sandwiches. The internet was giving them more hype than the Cleveland. My mouth had a constant water to it. And I'd been checking and checking each day hoping they'd returned.

But finally, finally I got over it. I'd gotten back to my normal steady diet of Taco Bell and Little Caesars. Haven't even thought about Popeyes in a week. So for me to scroll down my timeline and see that the Governor of Louisiana was able to pull some strings for the entire team to have a meal, I'm DISGUSTED!

Trump should take notes. If he offered Popeyes chicken sandwiches instead of all those McDonalds burgers, the US Women's National Team may have reconsidered his invitation.

But I guess this just confirms what Charlie was saying It's Always Sunny's Christmas episode. There's always a special reserve. You're telling me Von Hayes walks into a Popeye's and he can't get a chicken sandwich? Mike Schmidt? Yeah right. At least those dudes were good at baseball.