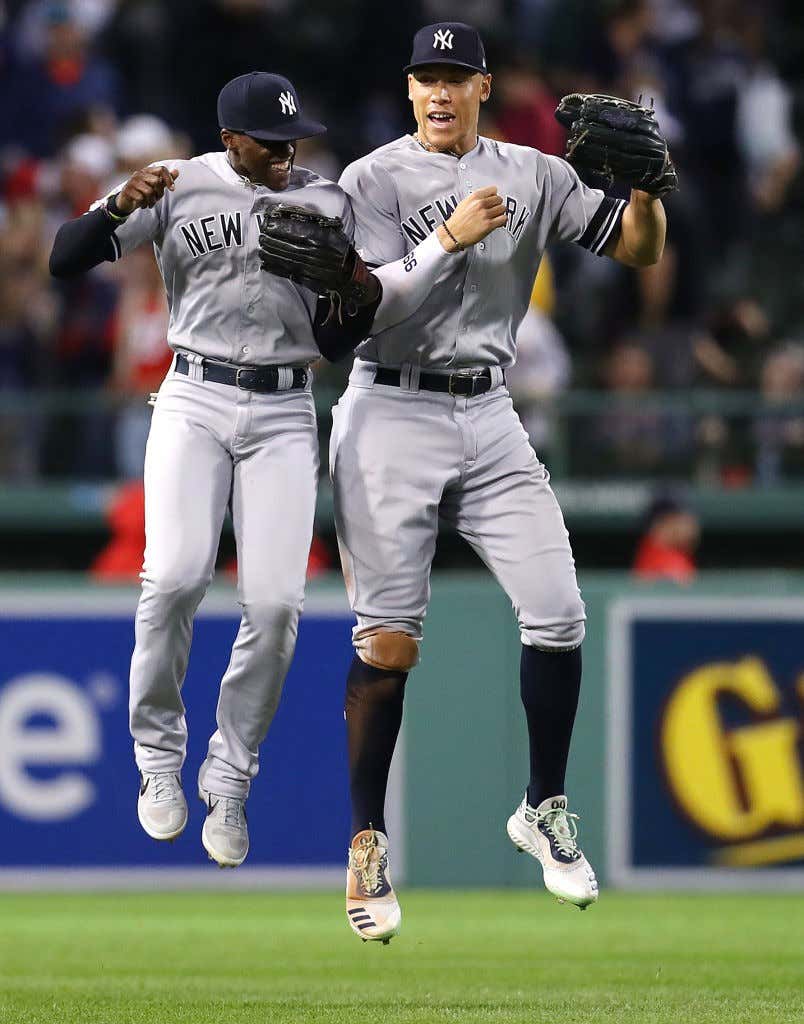 That’s more like it. The Yankees entered 2019 having not won the AL East division title since 2012. Seven fucking years. They’ve watched as the Red Sox have pretty much dominated. It’s been embarrassing. Last year was embarrassing. They won 100 games and lost the AL East by eight games. They watched as the Sox clinched the division and the ALDS in front of their very eyes. As a fan it killed me. It killed everyone. I can’t even imagine what it felt like for the players.

This offseason things changed. The mindset changed. Every came into spring pissed off. Reinforcements were brought on in the likes of DJ LeMahieu, Adam Ottavino, Edwin Encarnacion, and James Paxton. Unsung heroes were summoned in Domingo German, Mike Tauchman, Gio Urshela, Cameron Maybin, and Mike Ford. They wouldn’t be pushed around. They wouldn’t take no for an answer. No matter how many injuries they were handed they just kept pushing forward. They bullied teams. They buried the Red Sox.

Here we stand on September 9th, 95-50, running away with the AL East and having eliminated the Boston Red Sox from existence. Blasting ‘New York, New York’ in the visitor’s clubhouse of Fenway Park. This time with certainty there will not be another game played there this year. There’s nothing more beautiful than that. In 2019 the Yankees posted a .737 winning percentage against Boston, which is their best mark since 1943 according to Katie Sharp. Pure domination. Sweet revenge.

But the job isn’t close to done. The Astros do not lose and home field throughout the playoffs is imperative. Both teams keep punching waiting for the other to flinch, but nothing has happened yet. Home field is critical. Gotta have it. That’s how you get to the World Series. That’s how you bring home 28. The Astros are a goddamn juggernaut, but don’t kid yourselves so are the New York Yankees. And they’re about to get better. Severino, Stanton, Montgomery, Betances, Heller. Buckle up, we’ve got a wild ride coming these next two months.

What we’ve learned over the last few weeks is who our Game 1 starter of the ALDS is. That’s James Paxton. The Big Maple has gone to his curveball more and that has made his fastball incredibly effective, as The Athletic’s Adler describes here.

From the beginning of the 2019 season to Aug. 1, opposing hitters had a .313 batting average and .572 slugging percentage against Paxton’s fastball. In July, the average against his fastball was as high as .387.

Since then, Paxton has made seven starts for a 2.98 ERA. Hitters are 10-for-69 (.145) against his four-seamer with a .261 slugging percentage during his August and September outings.

Paxton has been a different pitcher since August. He’s healthy and confident. He’s been a bonafide ace winning all eight of his starts, posting a 2.57 ERA, striking out 58 in 49 innings. That’s the guy they traded for. This is the guy they’re going to lean on in October. I’m ready to ride James Paxton like Seabiscuit all the way to the Canyon of Heroes.