After their Pizza Review, one would have to assume that Dave is on that list as well…

Finally, though – as last night’s episode of “Straight Up Steve Austin” proved – Becky Lynch is also on that list.

Pretty fuckin’ awesome, if you ask me.

For the uninformed when it comes to the realm of pro wrasslin’, Becky Lynch is currently one of the WWE’s hottest talents. She is the WWE RAW Women’s Champion, just coming off pinning Ronda Rousey clean in the main event of WrestleMania, and has been getting some of the biggest reactions in the business night in and night out for quite some time now! It’s also no secret that the current iteration of Becky’s character – “The Man” persona, if you will – is based heavily on “Stone Cold” Steve Austin himself, as many homages have been paid over the past twelve months, so this crossover, culminating in a Stunner, is dare I say long overdue.

P.S. Austin sold the shit outta that for a near fifty-five year old retired guy. Good on him. Absolute legend.

Double P.S. We met him. It was fucking awesome. 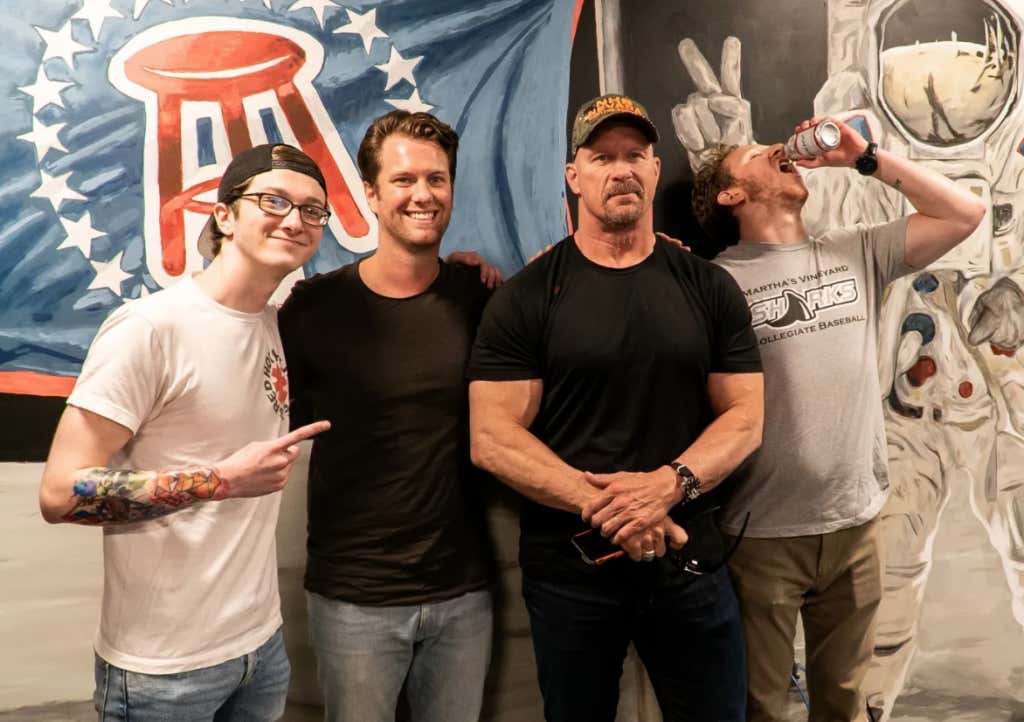