The Sun - Cheeky Matthew Lemm, 39, of Cannock, Staffordshire, stashed the huge pile of coppers into the boot of a £50,000 Ford Mustang before asking a bailiff to come and meet him to settle a six-year-old fine. The 39-year-old claims the bill was due to a 2013 paperwork error – in which he forgot to let the DVLA know that a car he had sold would be off the road. He said: “I received a call from the bailiffs out of the blue. “They told me that they were acting on behalf of the court and told me to pay a £1,200 debt over the phone. “He said if I didn’t pay then he would go round to my address, which wasn’t even mine, and would start removing goods that day." Matthew claims the bailiff joked to him that he was “fast and efficient at getting the payment” so began a cunning plan to “slow him down.” He agreed to pay “every single penny” of the debt and drove to Barclays Bank in Walsall to withdraw the 120,000 coins to settle the final bill.

Look I'm not going to sit here and act like everything was peaches and roses for this guy, but there is never a time where taking 120,000 coins out of the bank to pay in all pennies is funny. I don't care if this is a six-year-old fine. I don't care if the bailiff said he needed the money in 20 minutes. The fact of the matter is that if you owe someone money, you pay them in a convenient manner. Unless they're a Yankees fan...

You have to remember that in situations where you owe someone money, YOU owe them the money. They are just doing their job. It's not like this bailiff gets to pocket the $1,200. His job is to collect your fines, and he's just doing his job. Same thing with when a tow truck driver hooks up your car. Or when a police officer gives you a ticket. Quit getting pissed at them....I'm sure no one comes to your place of work and heckles you for selling insurance. Yeah, I'm sure some of these guys get their rocks off by seeing people upset, but it's literally what they get paid to do. You can't get mad at someone for doing their job. I mean, this is like getting mad at a funeral director for burying someone.

Anyways, not only do we have a huge loser here, we apparently have a "legitimate businessman".

“Because I’m a legitimate businessman I want a receipt - which means my man is going to have to count it.” A bucket and spade was also placed next to the pile to “help with the removal” of the coins.

First of all there's a 0.00% chance that the bailiff accepted that. This guy rolled in with a shovel, a bucket, and $1,200. I wouldn't even respond. Keep doing whatever I was doing.

You know those police sketches where they try to draw someone based on a description? Well without even looking at this guy, I can already tell you he looks like a loser just based on his actions, and from the fact that he calls himself a "legitimate businessman".

Turns out I was exactly right: 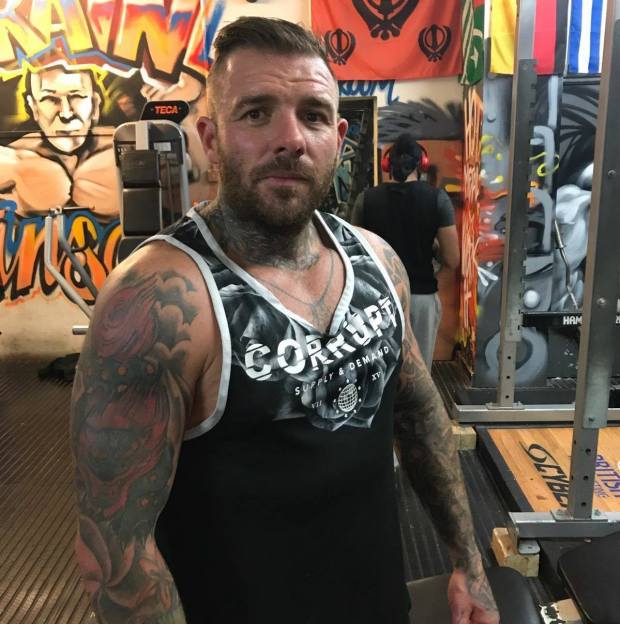 "Legitimate businessmen" do not pay in pennies. Also, legitimate businessmen know about The Coinage Act of 1971! For those of you that do not, The Royal Mint does not allow 1p and 2p coins to be used if paying a legal tender over 20p. Therefore, this guy needed to head back to the bank, cash in his 120,000 pennies, and repay in cash or check. I hope he got charged a late fee!