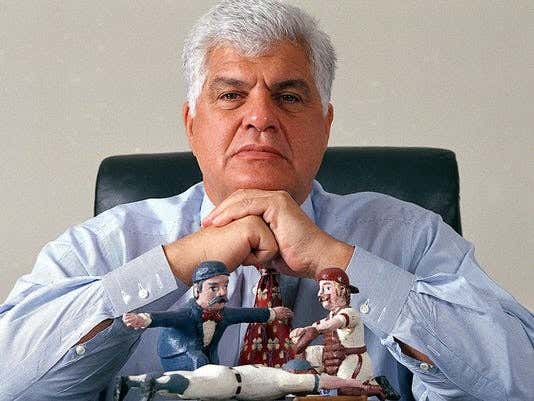 The US District Court rules in favor of Major League Baseball after they refused to rehire 22 umpires who were part of a mass resignation in July. The mass resignation was a miscalculation by the Umpires to force a new contract. Instead, baseball quickly hired new umpires, leading the men in blue to rescind their resignation, but MLB decided to go ahead with the new umpires, leaving 22 without a job.

The troubles began in Spring Training when all umpires in the National and American Leagues received a directive from the Commissioner’s office. Bud Selig had sought to take direct control of the umpires from the leagues for several years and named former Oakland Athletics General Manager Sandy Alderson as MLB’s Executive Vice President. Alderson was to oversee the umpires in both leagues, while the NL and AL still directly managed the men in blue. Alderson, in his position, sent a memo to all umpires calling for a higher strike to be called while taking away the outside strike. At the time, the leagues had a reputation for slightly different strike zones, which dated back to when American League umpires used the bulky bubble chest protector.

Umpires did not respond kindly to Alderson’s directive with Bruce Fomming, a senior umpire in the NL, publicly saying, “Make Me.” In response, MLB leaked out a Player’s Association rating of all umpires. As the tension grew, Sandy Alderson began having teams chart the umpires’ strike zone, to determine who was making consistent calls. In June, Tom Hallion became the first umpire to be suspended when he bumped Jeff Reed of the Colorado Rockies. Hallion’s three-game suspension came from Alderson, usurping the power of National League President Leonard Coleman.

While the All-Star Game was going on in Boston, the umpires gathered in Philadelphia to make a statement about the new rules that were being forced upon them by Bud Selig. The Major League Umpires Association had represented the men in blue since 1969. On several occasion, the umpires went on strike, most notably in 1979 when replacement umpires were used for six weeks, creating tension that was still hovering in the game. At the meeting, the MLUA decided against a strike, even though their Collective Bargaining Agreement was set to expire. Instead, Richie Phillips, the umpire’s union leader agreed that 57 of 68 working umpires, would announce their resignation effective September 2nd.

Phillips had hoped the resignation would force the commissioner into negotiations. Instead, baseball gave no reaction and began the process of hiring new umpires. Immediately, umpires began rescinding their resignations. Dave Phillips, one 23 American League umpires to resign, stated that he thought it was just a negotiating ploy and not an actual resignation. Quickly the umpires union crumbled and began asking baseball to pretend the resignations never happened. They would go before the National Labor Relations Board (NLRB), as 35 umpires quickly broke from the group and rescinded their resignation. As September approached the MLUA asked to withdraw all resignations and attempted to file an injunction, which was rejected.

After the umpires appeals to the NLRB went unheard, they began negotiating with MLB in a position of weakness. With most jobs at stake, the umpires agreed not to strike, in exchange for severance pay to 22 umpires who were not given their jobs back. In total, 13 National League Umpires and nine from the American League were out of work.

After the season, the umpires voted to decertify the MLUA and formed a new union calling itself the World Umpires Association. The WUA reached a deal with baseball on a new Collective Bargaining Agreement, as they tried to get the 22 dismissed umpires their jobs back. A significant part of the new CBA saw the National League and American League umpires merged into one. With all umpires now officially Major League Baseball umpires, and not assigned to a specific league, there was no official duty left for the league presidents. As a result, both NL President Leonard Coleman and AL President Gene Budding resigned, with their offices officially dissolved.

The 22 umpires, who were out of work, continued to fight their jobs back. Eight of the dismissed umpires were rehired in 2002, including Joe West for some reason unknown to logic. Rich Garcia was not rehired as an umpire, instead worked as a supervisor for MLB until he was fired in 2010. Two more umpires were rehired in 2005, with Bob Davidson returning to the field in 2007. The remaining nine umpires that resigned were never rehired, most notable among them was Eric Gregg. Although most of the umpires received back pay and severance packages, the mass resignation of the baseball’s umpires would go down as one of the worst union maneuvers in the history of organized labor.