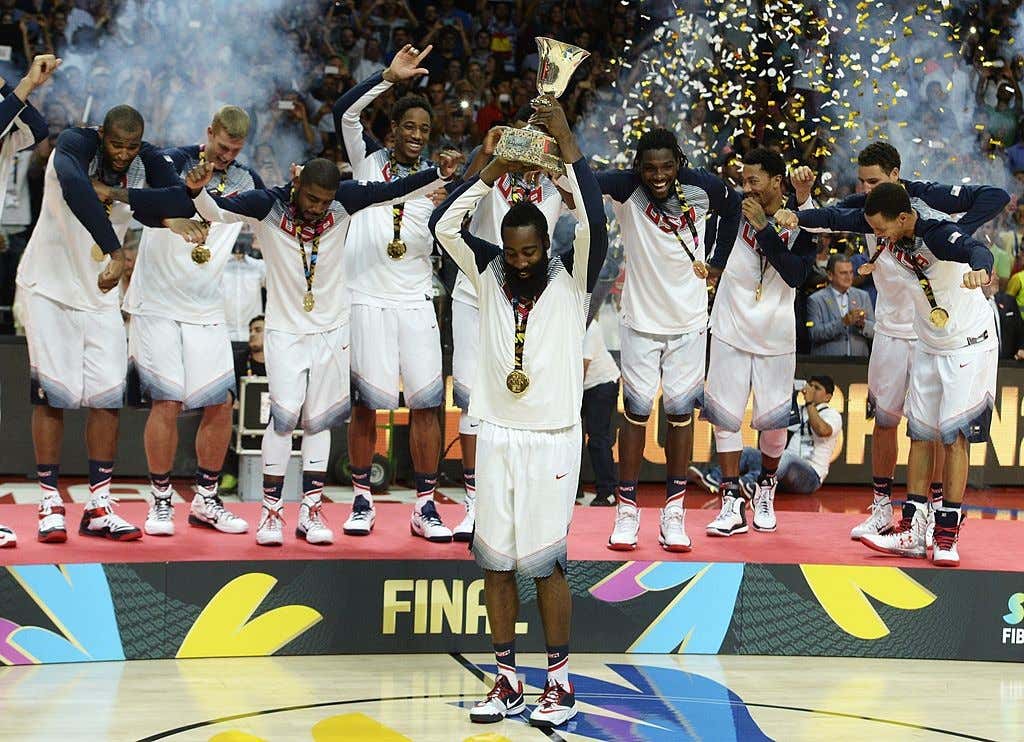 Alright hopefully you aren’t still stuck at the office at this point with Labor Day Weekend on deck, but if you are or maybe you’re a West Coast stoolie and you’re going insane waiting for freedom, I have just the thing for you. As you may know, Team USA hits the court for real on Sunday to begin their quest for a three peat of FIBA World Cup gold when they take on the Czech Republic. Despite everyone thinking this team has no chance, they’re still the favorites and by far the best team of their group (Japan, Czech Republic, Turkey). I figured what better way to prepare for this run than to relive the last time we saw Team USA win gold which was 2014 against Serbia where they put on absolute beatdown to the tune of a 129-92 score. This is a much different Serbian team this time around, in fact they’re the only team to be undefeated in exhibition play and have the 2nd best odds behind the US to win the whole damn thing.

But back in 2014 Team USA was on a different level and they didn’t even have LeBron/Durant. Hopefully this year’s version has the same sort of success and stress free run through the competition. So sit back, hit play and avoid working by enjoying 15 minutes of USA domination. Doesn’t get more American than that.

Have a great weekend everybody!