So this is taking the internet by storm right now. A BuzzFeed News Reporter decided to do a hit piece about how the TV show Friends “hasn’t aged well”. And here’s the thing- it’s ok if you think Friends is a bad show. It’s a sitcom. Most sitcoms are bad, especially from the mid-90’s save for a few (maybe you’ve heard of Seinfeld). So my problem here isn’t her insistence that Friends is bad. Fine, whatever. But the reason she says it’s bad is because it “hasn’t aged well”. And that is just so nonsensical.

Why would a show that was created 25 years ago have to age well? It’s a reflection of the time, that’s kind of the entire point. In “The Honeymooners” from the 1950s, Jackie Gleason constantly threatened to punch his wife to the moon. 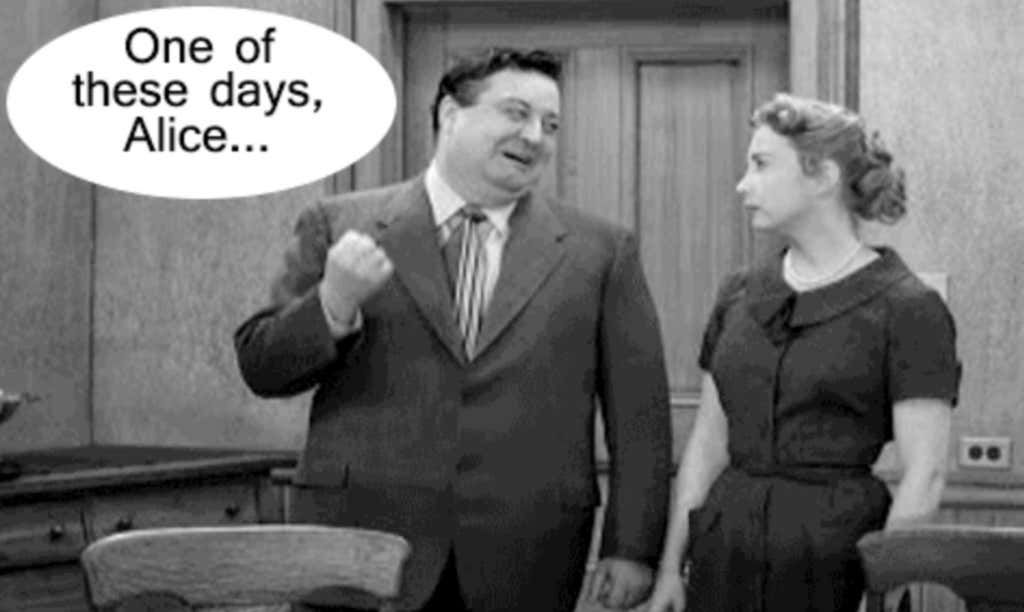 Show like Leave It To Beaver that depicted the male as the bread winner and the woman as wearing pearls while cooking and cleaning were very big in the 50’s and 60’s.

In more recent times, people like to say Home Improvement “didn’t age well”. Shit, there was an article that made the rounds recently that said The Office should be canceled because how Michael treats his employees, WHICH IS THE ENTIRE POINT OF THE SHOW.

The entire concept of a TV show aging well is counter-intuitive. It’s such a cop-out. Historically almost nothing ages well. No shit things don’t age well, time doesn’t stand still. Things you could say 20 years ago, you can’t say now. It doesn’t mean it’s wrong though, because culture changes and social norms do too. It also is a reflection of a more sensitive time we live in now. The BuzzFeed article uses the example that Monica was fat as a kid and they make fat jokes to her. Guess what? People make fat jokes, today! God forbid a show highlight that a lot of us are not PC, especially with our friends. The entire point of a sitcom like Friends is to get cheap laughs, often at the characters’ expenses and largest flaws. A show that ages well sounds actually terrible.

How I Met Your Mother is another prime example. I cannot believe the internet hasn’t come for it yet. Barney basically date rapes in every episode. They don’t even beat around the bush. He gets girls loaded to sleep with them. I recently re-watched the series and there were a few parts where even *I* was like “woah, that’s messed up”. It will inevitably be the next show the mob gets mad at. Without a doubt in my mind.

We get people all the time on Twitter telling us “that tweet didn’t age well”. Uhhh…good? If I tweet in the 2nd quarter of a Redskins game “Wow, Haskins looks great” because he just went 5/5 with a TD, but then in the 3rd quarter he throws 2 INTs, people will go “this tweet didn’t age well”. Well, at the time of the tweet, Haskins did look great. Something that works and is accurate at the time of it’s conception does not have to age well. We live in the present, we’re not here to predict the future.

And finally, I found this interaction very interesting: 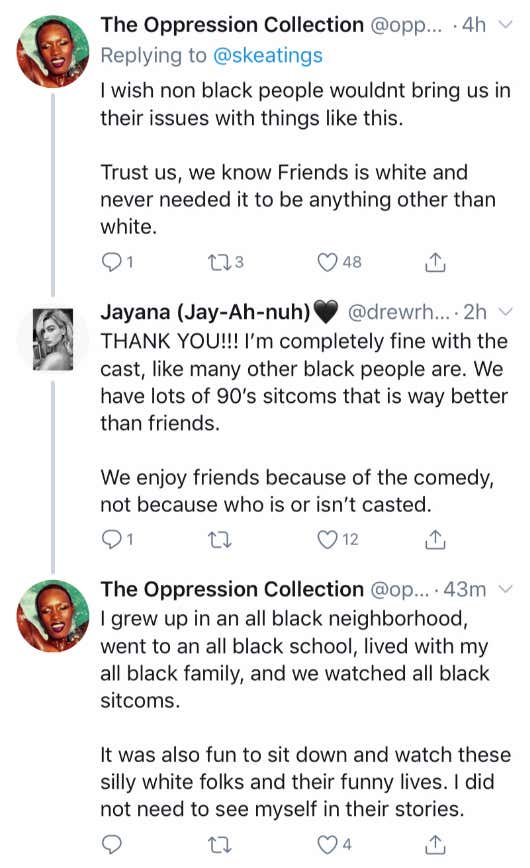 I’m not really here to defend Friends’ lack of diversity, but I’ve also never heard African Americans talk about it. Friends was built, written, and marketed towards a white audience. It’s not absolutely crazy to think Chandler Bing didn’t exactly hang out with a bunch of black people. He’s the whitest person in the world.

At the end of the day, I don’t know, maybe nothing is that serious. Friends debuted 25 years ago and I’m sure some of the jokes are a little off-color. But that’s how TV works, how comedy works, and how it always will. Are we just going to go around canceling every single show that doesn’t exactly transition with what *your* perception of comedy should be? Sounds exhausting. I can’t do 1,000 words every single time the internet mob comes for a show. So this is the one for all the shows- they are all fine and nothing needs to age well.