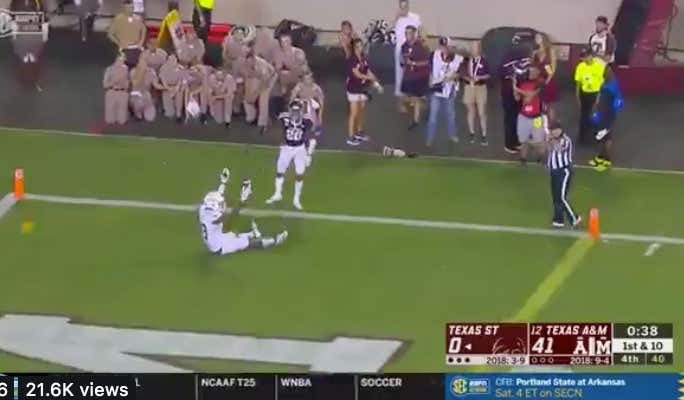 Earlier in the week, we saw Alexis Texas give a pump-up speech to her former school’s football team, Texas State:

As you saw in my tweet, I said this almost makes Texas State +34 a must play. Unfortunately, Texas State didn’t cash, but thanks to the motivation from Alexis Texas, the Bobcats didn’t give up.

Now, there is a lot more that went into this being a brutal push. Texas A&M had two turnovers inside Texas State’s Red Zone throughout the game. Texas State didn’t get into A&M’s territory until this garbage time drive. And then that happened? Bruuuutalll. Now, hopefully, if you bet A&M, you took them at -33.5. If you had them at -34.5? Don’t bet football for the rest of the season. Hang up the cleats. Put it in your 401k or something, I don’t know.