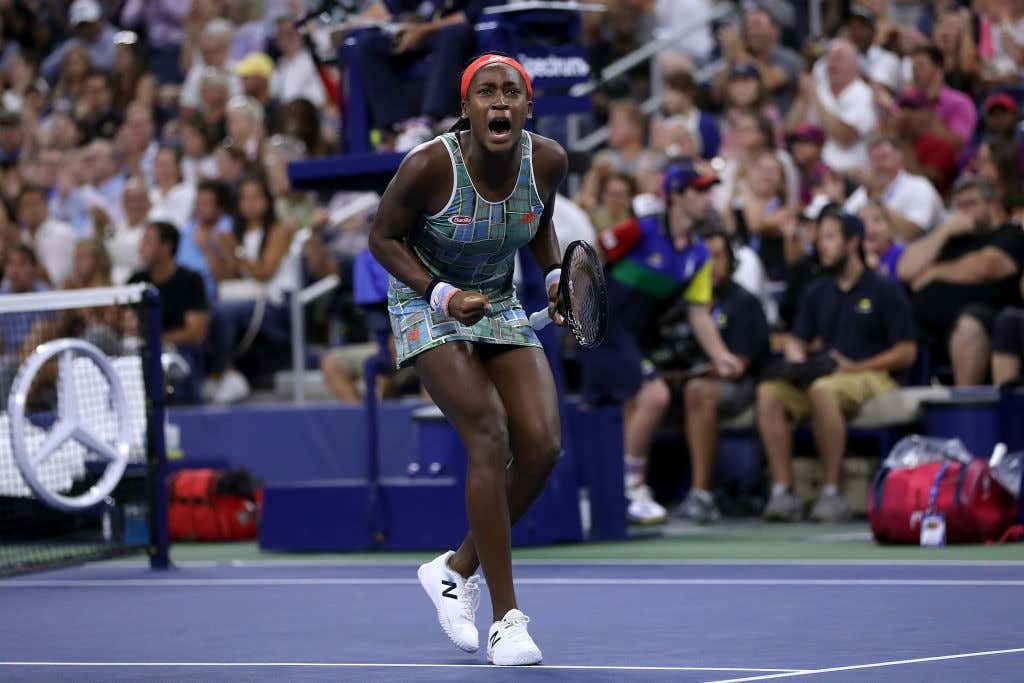 Yeah, Coco isn’t going anywhere. After storming into the sports world at Wimbledon earlier this year, Coco Gauff is back in New York and electrifying Queens. Ridiculous. 15 years old and you would never know. Plays like a 10 year veteran. Just keeps coming at you. She is awesome.

Tonight Coco Gauff became the youngest woman since Anna Kournikova in 1996 to advance to the third round of the US Open. The third set on Thursday against Timea Babos was just insane. Back and forth the whole way. A complete war.

Coco has now guaranteed herself at least $162,000 now. Yeah, not bad for a 15 year old. And next up? Naomi Osaka, the world number 1. She has not been playing well lately and Coco could easily take her out. Coco Magic all the way. She’s must watch right now.