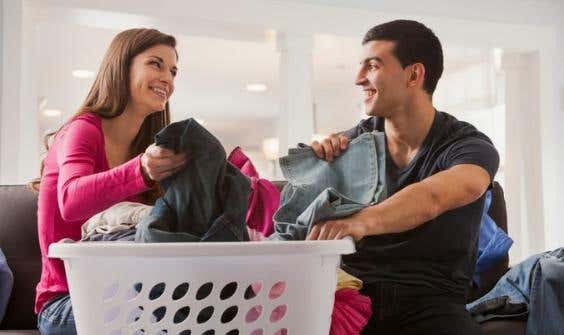 (source)–Romance isn’t dead. It just has to do the dishes.

“Choreplay” — exchanging chores for sex — is on the rise and making waves on social media. Wives are cheekily coupling the hashtag #choreplay with images of perfectly tidied playrooms and freshly mopped floors to show that their husbands have been busy around the house — and they’re about to get busy in bed as a reward.

WOW. Absolutely ground breaking news from the NYPost here. Throw this shit up on the front page of the paper, top of the fold. Men are doing things for women in exchange for sex! Uhh….

Everything men do is so when will give them sex. That has been the deal since the first hunter gatherer hunted and gathered. Hey baby, I killed this wooly mammouth with a big fucking rock and picked some berries from a bush. How about you come over to my cave and let me get in your cave. And that has more or less been the exchange ever since. Men doing things we don’t want to do so women will want to have sex with us. That’s whole game. That’s how this planet keeps spinning. Do I want to be writing this blog right now? 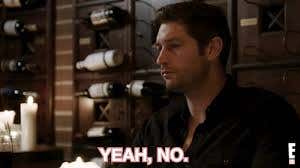 I am writing so I can have money so I can then take that money, spend it on something I don’t really want…like nice clothes, so a woman will have sex with me. Clothes are a social construct designed by women so they don’t have to look at our gross bodies. Do we want to wear uncomfortable clothes with buttons and collars?

Fall is in the air. That means two things. 1) Football. 2) You’re going to have to find a weekend where you will sacrifice football to do a bunch of shit like walk around a pumpkin patch and go apple picking so your girlfriend can post a picture to instagram where she looks hot and you look like shit and it’ll have some caption like “pumpkin spice and everything nice” or “apple-y ever after”. Why are you going to do that…for sex of course.