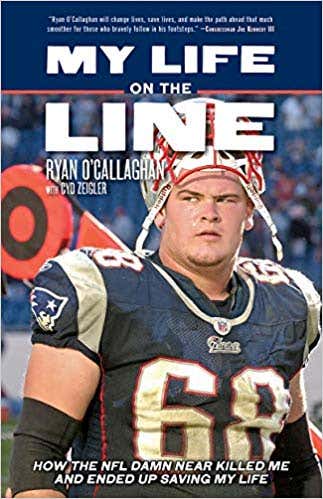 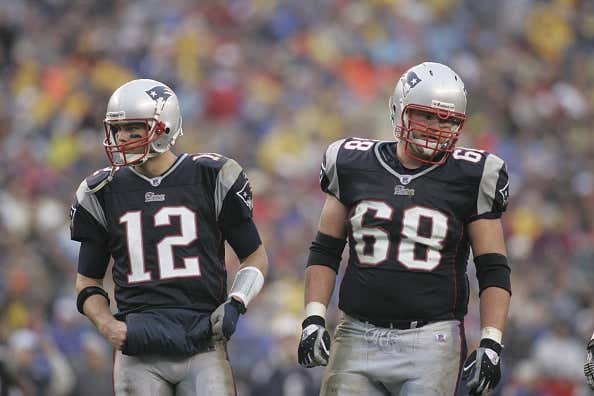 Former offensive lineman Ryan O’Callaghan, who played for the Patriots and Chiefs from 2006-10 and came out of the closet in 2017 has a book hitting the shelves next month. In “My Life on the Line: How the NFL Damn Near Killed Me, and Ended up Saving My Life,” O’Callaghan talks about being gay in the NFL. About his struggles with suicidal thoughts, how the NFL’s ban on cannabis led to him becoming addicted to painkillers and how Scott Pioli helped get him off the pills. And he’s made a lot of waves with his assertion that “every team has at least one homosexual or bisexual player who is too scared to come out because they fear a negative impact on their career.”

But to me, the money shot comes in the epilogue, where he describes getting a call from Mr. Kraft, inviting him to the party where the Patriots all got their Super Bowl LI rings [source]:

At the reception, in summer of 2017, O’Callaghan recalled Kraft saying: “What you did took a lot of courage. I’m so proud of you.”

“Spending a few minutes privately with Mr. Kraft in his office is surreal. It’s just him and me, with a couple hundred people outside his office door. …I never got that treatment when I was on his payroll. For (Kraft), who opens up to me about a gay friend, I am the most important person in the world in those few moments. Given where I have been in the previous dozen years, he is equally the most important person in the world for me right then and there.”

O’Callaghan said at the reception, former Patriots Kevin Faulk, Andre Tippett, Dan Koppen and Deion Branch singled him out with praise and made him feel part of the franchise’s forever family.

My first inclination after reading this was to write my millionth post about what a noble leader and special man Mr. Kraft is. And to praise his players for their gracious support and magnanimity toward O’Callaghan after all he’d been through.

But somehow it just doesn’t seem appropriate. I don’t do this very often or at all well, but this calls for sincerity.

O’Callaghan also singles out Aaron Rodgers and Dustin Colquitt as guys he heard from right away to offer their friendship and encouragement. And I think we’d all like to think that that’d be the overwhelming reaction any of the still-closeted gay and bi guys in the NFL would get. But that could be wishful thinking. I’m not qualified to say.  Only the ones who live in that culture and work every day in those locker rooms would know.

Correct or not, the reputation the NFL has always had is that it’s way behind the curve when it comes to social issues. Even though Fritz Pollard became the first black quarterback and the first black head coach in 1921. And how Vince Lombardi fought for his black players’ access to housing and gave Lionel Aldridge his blessings to marry a white woman at a time when other leagues were still dealing with segregated hotels. So I’d like to think there’s more acceptance in pro football than we give it credit for. But maybe I’m just being naive.

Nevertheless, this a great story. Regardless of where your loyalties lie. It wasn’t all that long ago that Ryan O’Callaghan was hiding his identity, struggling with addiction and losing his will to live. Today he’s healthy, no doubt an inspiration to guys dealing with his same issues, and probably about to become a best selling author. What’s more, he might be the pioneer who proved you can come out to a collection of testosterone-fueled rage monsters and they’ll still accept you. That’s an outcome we can all feel good about.