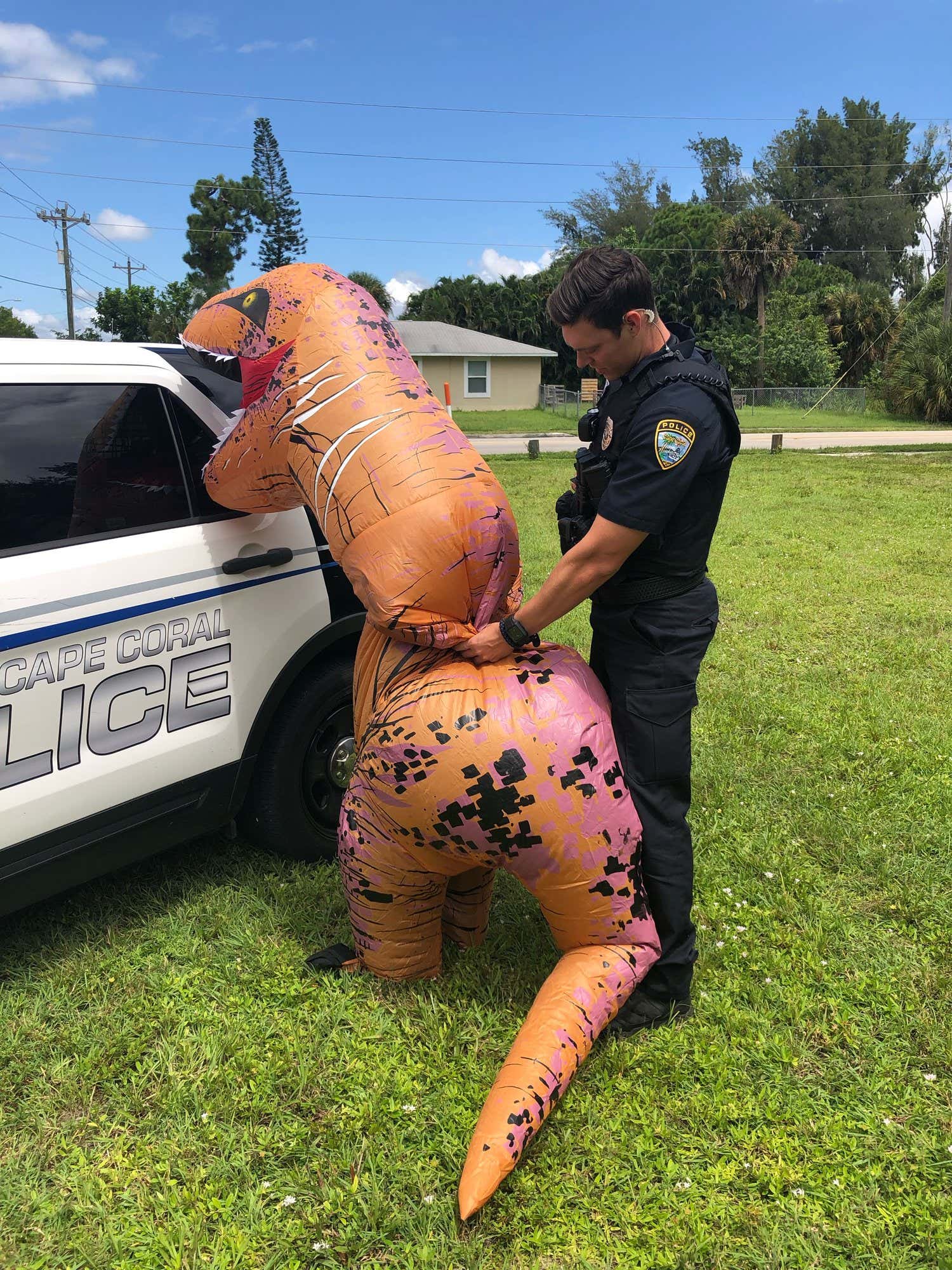 Source –  The Cape Coral Police Department released information about a “suspicious incident” involving children and a “dinosaur” over the weekend.

Police say the dinosaur was seen chasing children but was quickly apprehended by officials. Cape Coral police did note that handcuffing the T-Rex’s tiny arms proved problematic. However, no children were injured. 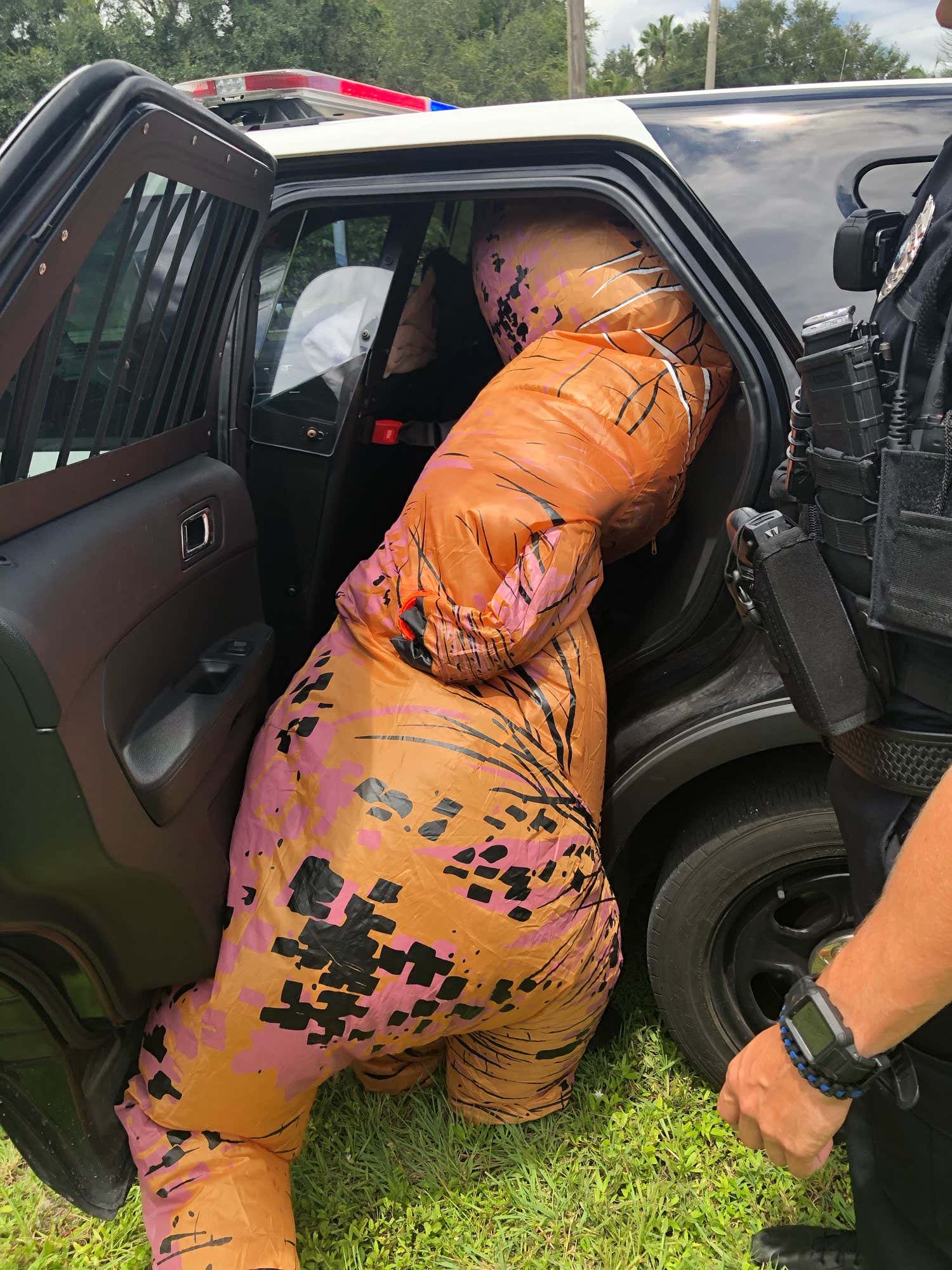 There’s just no stopping Florida. You’d think at this point we would come up with some sort of plan to just stop them all from breeding. But life uhhh finds a way. I know we may not be able to get rid of Floridians in our life time but at least future generations from now wouldn’t have to deal with them. Maybe 1 kid per family for the next 10-15 years but after that, they’re cut off entirely from procreating. Enough is enough already. It’s already out of control as is, we can’t afford to keep letting it get worse.