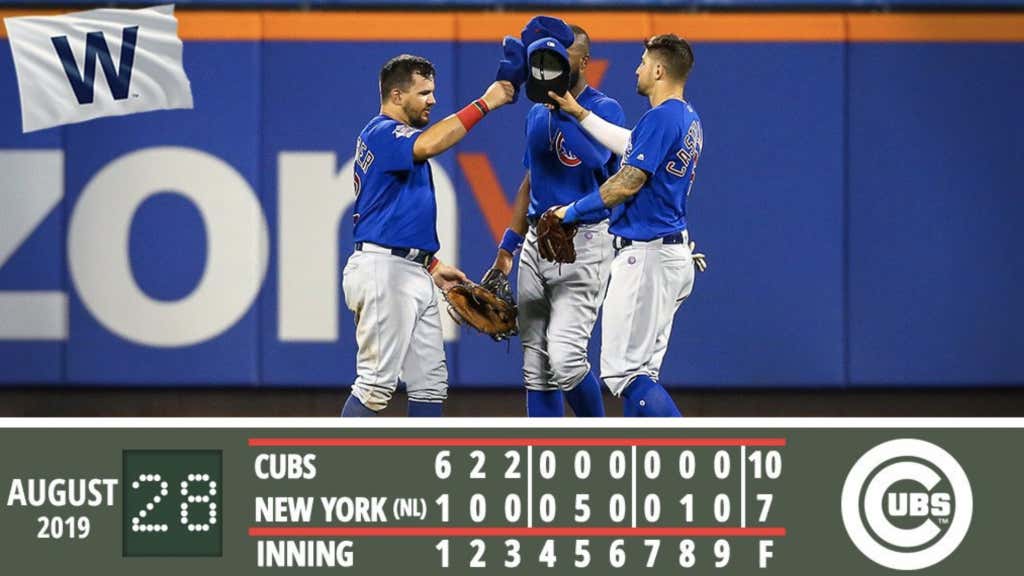 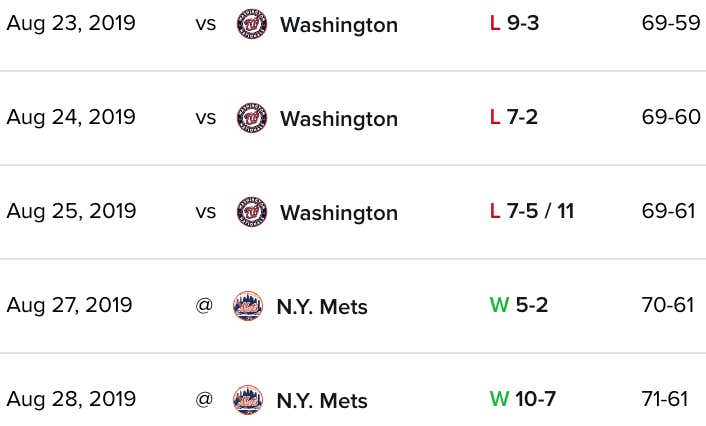 You get your dicks smashed in at home by the Nationals when you’re in the middle of a playoff race and you basically have no choice but to come out guns blazing next time out. Like you really don’t have a choice unless you want to cancel the season and thank fucking god the Cubs showed up this series.

And I mean that sincerely. Thank Fucking God. I didn’t come out to New York to will the Cubs to victory in their biggest series of the year to watch slap dick JV baseball. I came out here to sit in really nice seats with Big Cat

And to also bring good vibes to Cubs fans everywhere while trying to figure out Big Cat wanted to pound the internet. Never seen that move before.

It’s not Not awkward:

But as we’ve said 1,000 times before, it’s not about one player but more just winning the fucking game. Like at 2 games back and with the Sinclair TV deal and all the other Laugh Factory storylines coming from the Cubs, I’m losing the will power to hate Addison when it’s clear the team never intended on replacing him anyways. Like you want me to get mad? I’m plenty mad that Kyle Hendricks gave up 5 runs in the bottom of the 5th:

As a baseball guy, that’s what grinds my gears. We have a chance to save the bullpen and burry the Mets in the series and instead it’s a shit show 5th inning. That basically ruined the night as I was balls deep in a Steak Sandwich review well after the 2nd inning:

Pretty cocky I admit it but we were having fun

So real talk I did almost have a heart attack when Castellabos went deep and that’s mostly because I was wearing the shirt but also because Marlins Man was in the house.

Always give your best effort when Marlins Man is in the building. Why? Because after I cam down there yelling like a maniac he instantly offered me two tickets behind him tonight and I’m taking Glenny Balls.

So we’ll be back in action tonight for Cubs Mets game 3. The Cubs need a sweep and the Mets probably need to get swept at this point. The Cardinals lost yesterday so the Cubs are 2GB with momentum. It’s critical they win tonight for no exaggerated reason: the World Series is on the goddamn line.

At the same time, we can’t let this happen again:

And while I’m not a huge BioFreeze guy (long story), that won’t stop me from sharing their sponsored highlights to get to the point that last night was too much drama for me. I’m a broken man. Fragmented like Lord Voldemort at the end of Harry Potter 4: Goblet of Fire. Idk how much more we cam collectively take but we can’t let it slow us down. The ceiling is the roof and vice versa.

We Got A Game Today: Lester vs. deGrom in the time-old matchup of Age vs. Beauty. Obviously Lester has been a battled version of himself lately but it’s a massive game in dire circumstances against a very good pitcher. Spare me the advanced metrics, I love Jon Lester’s balls in this spot.

My only fear is they could be too big for Citi Field.