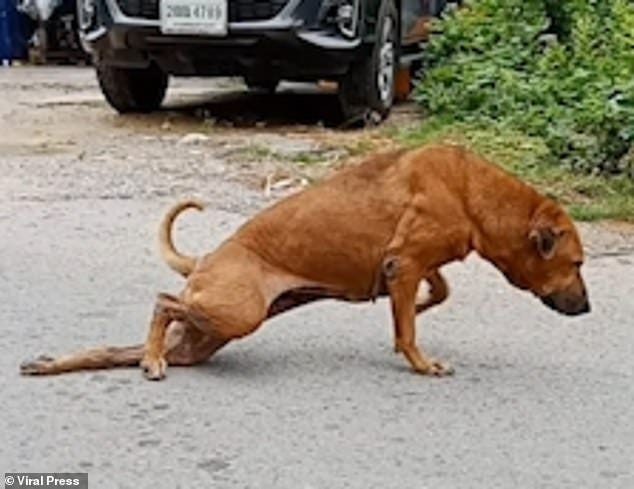 Daily Mail - This clever dog has learned how to fake an injury to get attention and snacks from people walking along the street.

The pooch, nicknamed Gae by locals, drags his back left leg along the ground as if it is broken.

But once people crowd round in an effort to help him he then hops up and bounds away like nothing ever happened.

Resident Thaweeporn Chongplapolkul said: 'This old dog has lived my workplace for a few years. He always does this trick to deceive people.

I'll give anyone a million dollars if they can find me a smoother operator in the entire world than this dog. The homeless people reading this have to be absolutely pissed. They do their best to rag up their clothes, write their wittiest begging messages on their signs, and shake their Coca Cola cups in search of spare change, and then this dog wipes the floor with all of their amateur ploys. If this dog wanted money he would be a millionaire. But all he wants is to be pet and maybe a nice treat here and there. And in terms of that, he's the richest man on the planet.

So his signature move is to wait until a group walks by, fake a broken leg, drag it on the ground, and get immediate attention. Check him out in action here in this video:

Absolutely unreal. I've watched a million times. For him to drag his leg like he was hit by a car and couldn't move another step, only to pop right back up like nothing was ever wrong is so impressive, so sinister, and so…..awesome. How could you walk by this dog and not give him some love? 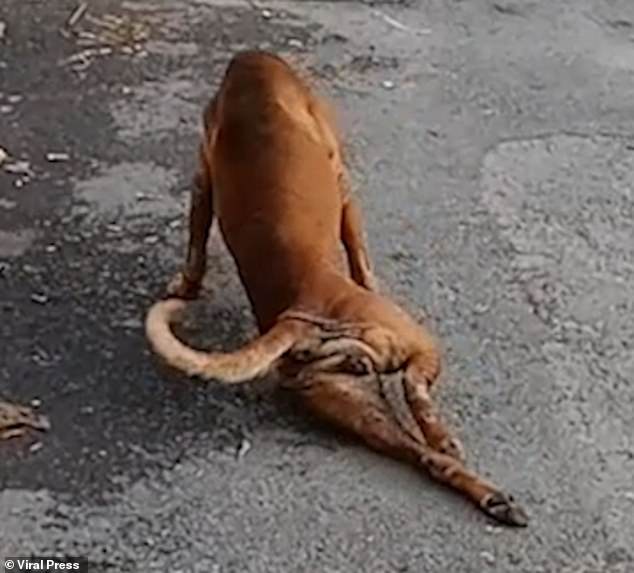 The fact that he's a dog already gives him a huge leg up on the competition. Everyone loves dogs. And the saddest thing in the world is to see a hurt dog. So if you come across a dog that looks as injured that, you're going to come care for it. Maybe give it a bite to eat. Pet it and love on it at minimum.

The funniest part of this entire story is that the native's of the area are well aware of the dogs tactics. He can't trick them anymore, so he needs to wait for tourists.

Resident Thaweeporn Chongplapolkul said: 'This old dog has lived my workplace for a few years. He always does this trick to deceive people.

'I feed him rice but he still has this habit. He's very smart. I think he does it to get people to feed him."

Flaunt it if you got it! If I could make the entire world feel sorry for me and give me things, I'd do the same damn thing. I just cannot believe that a dog was able to figure this out. I need a veterinarian to do a study on this dog's brain when he passes. This brain has to be 5x the size of any other dog. I mean, my dog still loses his shit every time the mailman comes. This dog is pulling high-level schemes that the world's biggest con-men would be jealous of.

Speaking of veterinarians, it's been confirmed that there is truly nothing wrong with this dog.

Thaweeporn added: 'He's an old dog and we've checked both of his legs. They are both fine.

'If Gae had any kind of injury I would take him to the vets immediately.'

Injury? This dog does not get injured. This dog hustles. Better than any human I've ever seen.