You read that right and I know you're already asking, "Why the hell is a preseason game a must win?" History and confidence are on the line for the Boys In Blue and this game will create the prologue for what could an unbelievable story of the 2019 Colts season. 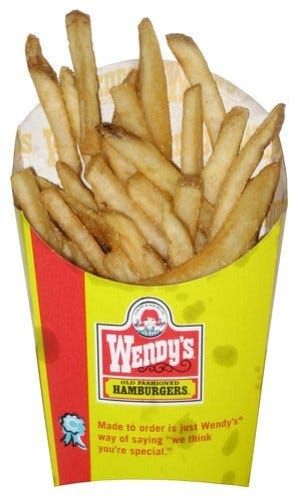 After Andrew's retirement Saturday night, I would have to imagine the locker room isn't the same. Thankfully, Jacoby is still a great leader but at the same time, he's not Andrew. Jacoby is like the current Wendy's fries. They are good but were nothing like the yellow box of fries. Comparing quarterbacks to french fries may not make sense, but this history will.

When the Colts won the Super Bowl in 2006, they were 1-3 in the preseason and played in the same city the Super Bowl is held this year, Miami Florida. They also had Adam Vinatieri. AND they played the Bengals in the last preseason game. Sure, the Bengals won that year, but the 1-3 preseason record HAS to happen. You can call me crazy or you can call me hopeful, but there's still a shot winning it all. Men lie, women lie, but history doesn't.

A more realistic reasoning is this team needs a confidence boost. After the The Great Depression Saturday night, the team really needs to prove that their heads are up and can go into the regular season with a damn win. There would be nothing worse than starting the first 4 games with losses, but Frank Reich proved last year there's still plenty of time to adjust when your down.

In the final preseason game, the WR is still the position to look for. Deon Cain had a GREAT game last week against the Bears. He has recovered well from his ACL tear last year and has guaranteed him a spot on the roster. Parris Campbell is cleared to return to the field but will be a gametime decision for tonight. I don't think he will play, nor should he. He will be an impact player for the offense this year. I'm really pulling for the hometown hero Krishawn Hogan to make a roster spot. I believe he has had a good preseason and has great size. It would also be great to see someone to played at Warren Central and Marian University to make a roster spot after being on injured for 2 years. Marcus Johnson was with the Colts last season and I see him as a sneaky talent as well. After years of having no depth, I'm so anxious to see who's going to help T.Y. all year long.

In quarterback news, I don't know what to expect. Jacoby is QB1, I'd imagine Swag Kelly is QB2, but he's suspended for 2 games. Philip Walker might make the practice squad, and now the Colts brought Brock Osweiler, Brandon Weeden, and Matt Cassel in for a visit. I had no idea Weeden and Cassel were still alive! Good lord. Brock gives me nightmare from torching us when he was on the Texans and Broncos. Is this a sign that Lucas Oil is his 2nd home? Just like how T.Y's 2nd home is NRG Stadium? I heard Kapernick is still on the market! This team is too good to Tank For Tua, or any QB! All I gotta say is, "In Ballard We Trust".

The tight end position is actually impressive. Ebron, Doyle, and Mo Allie Cox are a great trio. Ross Travis had an ACL injury last year and has great size and athleticism. But I'm very impressed with Hale Hentges. Hale reminds me of Jack Doyle, Travis reminds me of Eric Ebron. I'm going to gamble and say Hale will make the final cut.

For the defensive side, check out EJ Speed and Bobby Okereke. Both have been speedy rushers and can create more chaos with Darius Leonard and Anthony Walker by their side. I was very surprised Matthias Farley was cut. He was leader in the community and on the field. He will definitely get picked up by another team in start. I feel that the safeties are made like glass and that position is very sacred. Ima say it again, "In Ballard We Trust".

Kickoff is at 7pm tonight. So God help me nobody retires tonight and everyone stays healthy. I'm more excited for Saturday to see who makes the 53-man roster and just get this season going. As always, Go Horse.