AB is a gift from above. I don’t know what we did to deserve him, but can we find out so we are blessed with even more of him? I don’t now if anyone has made themselves look more ridiculous in recent years than AB. All the talent in the world but boy is he wired differently, but not in the endearing way. We gloss over the fact he demanded to be called “Mr. Big Chest” and looked like this on purpose 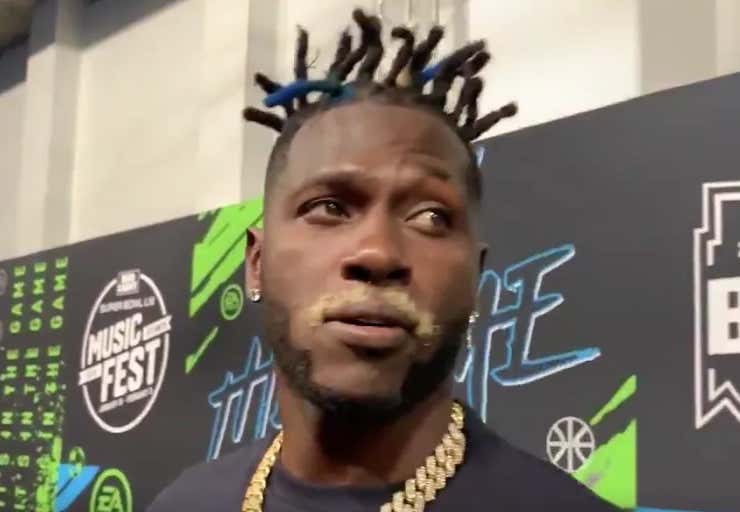 Now he’s going after Big Ben who many would argue put him on the map. And if he hates Big Ben, wait until Derek Carr pisses him off for the first time. Woooo buddy I am excited. Could not be more excited. I mean, chances he plays over 10 games this season has to be very low. I imagine a scenario where he walks into a meeting 30 minutes late, they are all out of cinnamon raisin bagels, and he storms out and never plays again. Dude is out of control.

Now, if it turns out his brain is mush and is already suffering from CTE, I will apologize. Imagine if that’s why he’s going bonkers right now? Nothing with NFL players would surprise me at this point. These freak athletes running full speed into each other, can’t be great!

Either way, I cannot wait to see what happens next.