But first rewind it back a few days.  I see this tweet saying Luis Robert would be the first 30/30 player since 2014 with his next HR:

I then see this tweet from Sox columnist Scot Gregor yesterday that he did in fact join the 30/30 club yesterday with a dinger:

So I blogged about it because like I said in the video, I want people to know about the absurd talent not only in the White Sox organization, but league wide that is on the cusp of breaking through to The Show.  Only problem is Kyle Tucker stole a base in game 1 of a double header Saturday night as well:

So he beat Robert by literal hours, rendering my blog factually incorrect.  AAA Round Rock started at 2:22pm central: 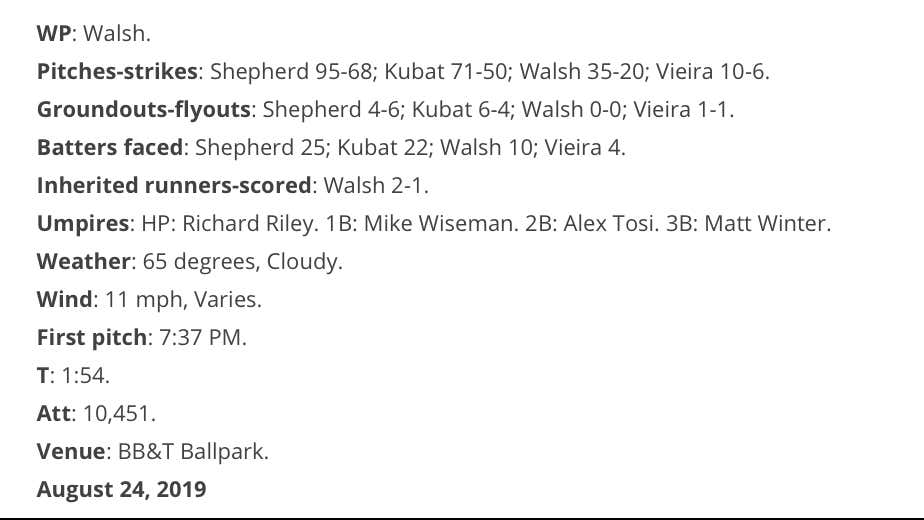 So there was like a 3 hour window that fucked up the whole title of my blog.

When I saw the Scot Gregor tweet I rolled with it.  Took it as factual.  Now I’m a weirdo and do comb through stats of minor leaguers across the country, but I don’t know their stats off the top of my head at the same time.  I usually just know who’s doing well and who’s not.  I did know Tucker was going ham this year, didn’t know he was also close to being a 30/30 player as well.  Kinda wish he would have waited a day to steal a base so I didn’t have to hear the wrath of Dente, but it is what it is.  I now have a new enemy in Tucker.

Oh and yeah, he’s doing decent, but he’s still not in the same stratosphere as Robert: