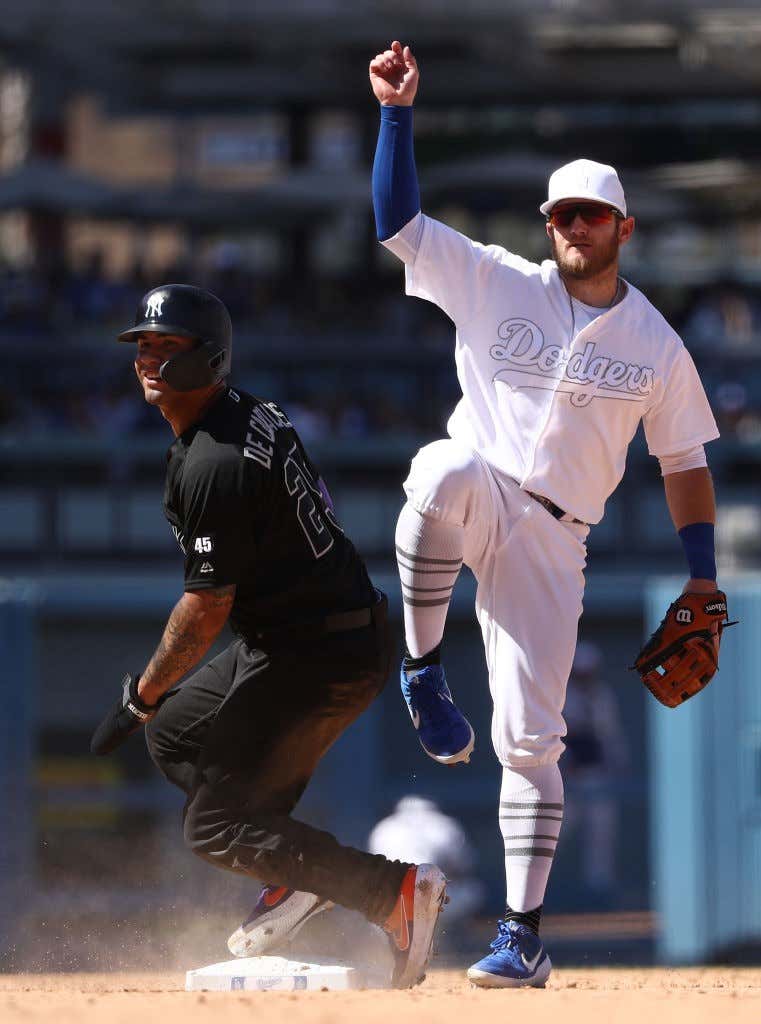 A blatant act of injustice was committed today at Chavez Ravine. I almost puked it was so bad. I’m still confused why the game isn’t on. In the 9th inning with one out, Gio Urshela hit a ground ball to third. Brett Gardner slid hard at second and beat the throw. In the process of sliding he collided hard with Max Muncy. Gleyber Torres raced home as Muncy was down and the play 100% still going on with no time called. It was a heads up play that should have tied the game. Except it didn’t. The home plate umpire decided he called time ahead of Gleyber running home. He was incorrect.

Gleyber was almost halfway home when the home plate umpire decided to call time. You know because in a one run game it’s ideal to just stop plays from going on, especially when they involve runs scoring. Awesome. In no way shape or form should time have been called.

I mean what are we doing here? What is replay review for? Can’t you go back and see that Gleyber was on his way home in the middle of the play with no time called? People are saying Muncy was in pain and that’s why time was called and play was stopped. Well, hypothetically if an outfielder makes a running catch and slams into the wall and gets hurt, the runner tagging home still scores no problem. They don’t call time and stop the play because a guy might be hurt. There’s a play going on. That’s how baseball works. It’s just another case of the umpires being against the Yankees because Aaron Boone yelled and emasculated their own a month ago. Hold more of a grudge, you can’t.

If Major League Baseball has any balls they’ll reverse the call and we’ll pick this up tomorrow afternoon with a 2-2 game in the 9th. That’s the right move. Do the right thing, baseball. For just the sake of justice change the call. Set aside your Yankees bias and give us the run. We’re setting a bad example for the children if we don’t follow the rules. Think about the children. Jeez Loueez.

P.S. I think Muncy should get one in the back tomorrow. That’s just me.