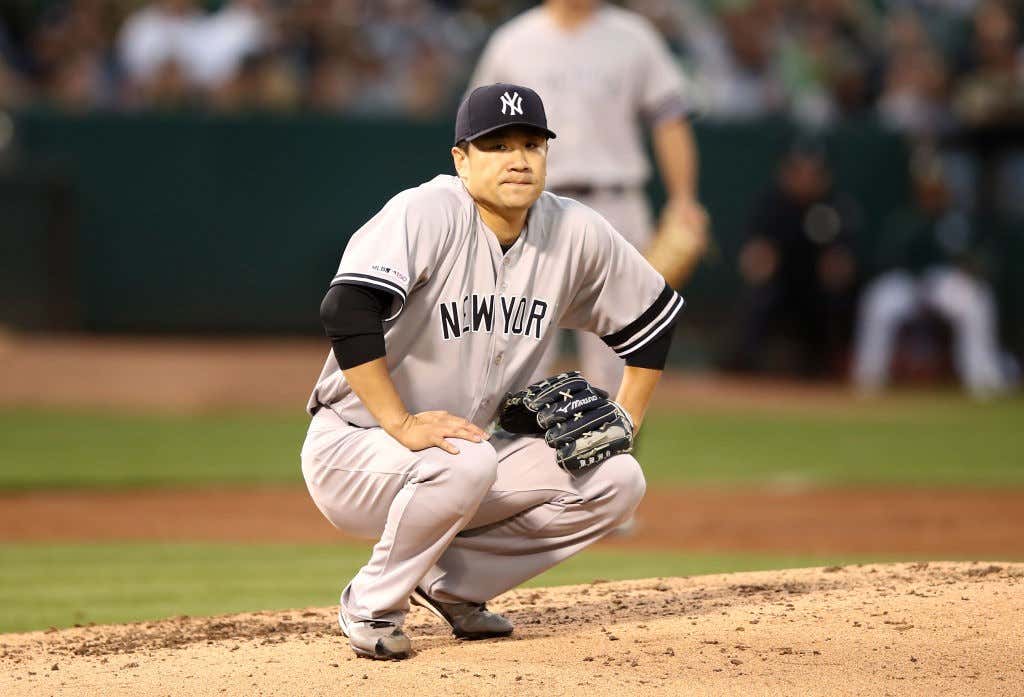 Listen, there’s no way to sugarcoat what happened in Oakland these three games. The A’s showed up. They played like a playoff team that was hungry. The Yankees didn’t. They were flat from the start and never really could get one rally going. The pitching was dreadful. It was brutal to watch. Staying up on the west coast until 1am only to see that dogshit effort was a slap in the face. These games weren’t even remotely exciting. Just demoralizing. It was embarrassing.

8.80. That’s what the Yankees starting pitchers posted as ERA in Oakland this week. Domingo, Happ, and Tanaka were bad. Really bad. Enough to cause Yankees twitter to forget all of the good stuff that has happened since the trade deadline, and call for Cashman’s head. Everyone saying ALDS first round exit. It’s crazy to see how quickly Yankees twitter flips on the panic switch. It’s definitely not good, but come on. We never play well in Oakland. No one does. You could convince me the A’s have lost like 5 times there this year. It’s insane. On the flip side of this, Oakland’s starters were solid. Roark, Fiers, and Homer fucking Bailey were exactly what they needed.

Some positives did come from the bats last night. Judge hit the ball hard in all three of his at bats and got two knocks for it. Please carry that into LA. Please. Also, Gleyber Torres stayed awesome going 4 for 4 with two homers. He reached the 30 homer mark, making him just the second Yankee ever to hit 30 homers in his age 22 season or younger. The other guy was someone named Joe DiMaggio. Not bad.

Back to the bad, the Yankees currently own a season high four game losing streak. What’s worse? They head to Los Angeles to face the unbelievable Dodgers. Awaiting them on Friday is Ryu and his 1.64 ERA, opposed by James Paxton. Saturday CC pitches and Sunday night Kershaw goes. They easily could get swept again here. This team all year, however, has bounced back in these spots. Out of nowhere they show signs of life and turn it up. Who knows how they’ll respond, but let’s hope it’s better than what we saw this week in Oakland.

I genuinely believe Mike King can help this rotation right now. That was only his second start in AAA since coming back from his injury this year, but man it was a good one. I’d pitch King over Happ without blinking. No brainer.

As for Deivi Garcia, his first appearance out of the pen was a good one. I still don’t now if the big leagues is in the cards for him in 2019. It might be pushing it. I’d call up King, not Garcia.