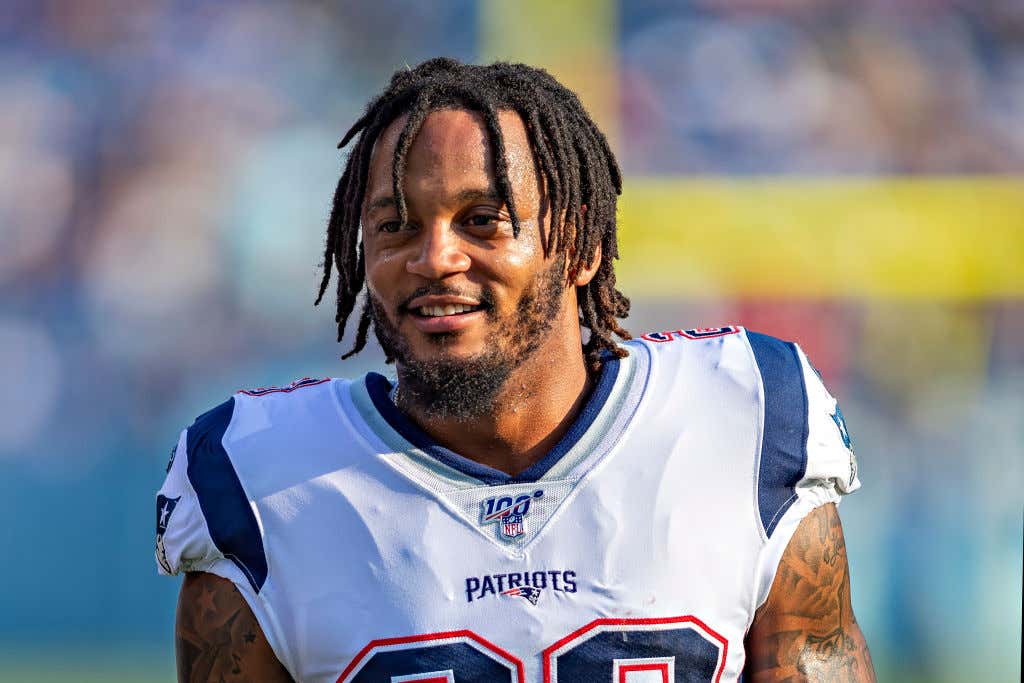 For the love of God. I’m halfway across Pennsylvania, five hours from home and barely halfway to driving No. 2 son to his freshman dorm when this news drops. Can’t a guy just be an emotional wreck on a day he’s been playing out in his head for 18 1/2 years? Not when you cover this team. As a great man once famously said, “No. Days. Off.” So I’m writing this from the road.

As of right now, nobody has definitely confirmed this is OUR 32 year old Pat Chung who has a place on Meredith Bay on Lake Winnepesaukee, NH. It’s a common first name, common last name. Theoretically, there could be hundreds of people who fit that description.

But just for the sake of our discussion, let’s play the game and assume this is our Pat Chung. University of Oregon. The Pats first pick in 2009. Not so good in his first stint in New England. The Isosceles of Bad Angles. A huge upgrade in his second stint. The prototype of a Big Nickel force player, in-the-box safety. And a deserving 3-time champion. THAT Pat Chung.

If this is him, there’s zero doubt the NFL will put the hammer to him. Even for a first time offender. The league doesn’t look kindly upon The White Lotus. Yam yam. Shanghai Sally. (I know those are J. Peterman terms for opiates, not cocaine. But cut me some slack. I’m literally emailing this to Greenie to post from my phone and don’t have time to look up coke street names.) How the team deals with it is another matter. My guess is they won’t do anything the league doesn’t do. They’ll issue some vaguely worded statement, vetted by lawyers. Call it a league matter. And any time there’s a question, they’ll refer to the statement. But if anyone thinks they’ll hold an intervention where everyone sits around in a circle and tells Chung how his cocaine arrest hurt them personally, you’re living in a dream world. As soon as Chung is eligible, he’ll be back on the field. There’s a 7th ring to win and those backs and tight ends won’t cover themselves.

As far as a suspension will affect the team, I’m not going to try to polish this turd by claiming Chung wouldn’t be a loss. Like I said, he’s one of the most solid nickels in the game. But if there’s one position (besides he obvious one) where this team could handle the temporary loss of a starter, it’s the secondary. The deepest unit on this roster. They’ve invested heavily in big defensive backs in recent years, adding guys like Obi Melofonwu and Joejuan Williams and Duke Dawson. To add depth to the backfield that still kept the Rams out of even the red zone even after Chung broke his arm in the Super Bowl.

So, if true, this sucks. But it changes nothing. If this was 1978 and Lake Winnepesaukee was the Manhattan club scene, Pat Chung would’ve just gotten 1000% cooler. But it isn’t. Instead he’s just a dope. Say no to drugs, kids. Now please let me go off the grid for a day, alright?