By now we’ve all seen the video of Devin Booker losing his shit because he got double teamed in a pick up game. Well because this is the NBA you knew this shit would become a way bigger deal than it should. Since this came out and was an unavoidable topic on the internet, we’re starting to see more and more NBA players weigh in on this issue. For example, there was Gilbert Arenas who basically came from the clouds and dropped his opinion on the matter 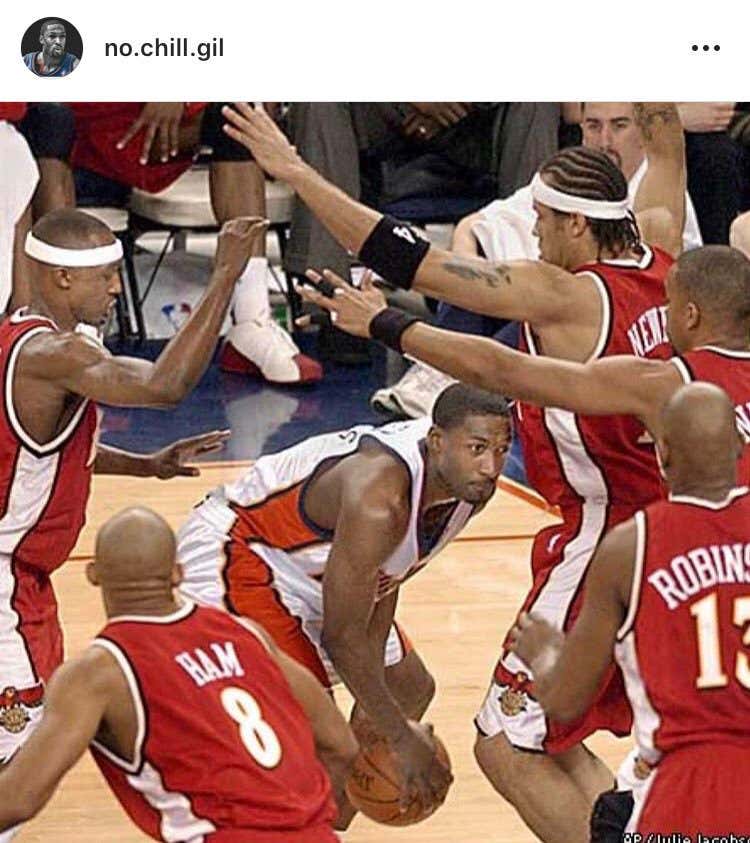 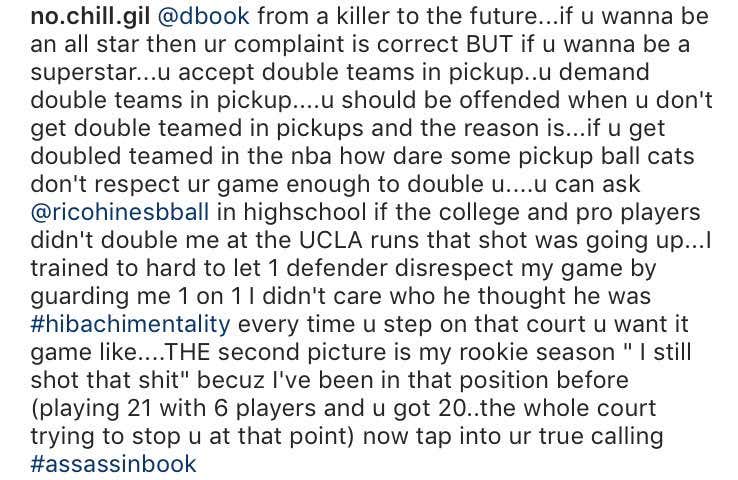 To be fair he makes some good points. Booker should be taking the double teams as a sign of respect that his opponents need to help in order to stop him because he’s such a problem offensively. This prompted Booker to respond 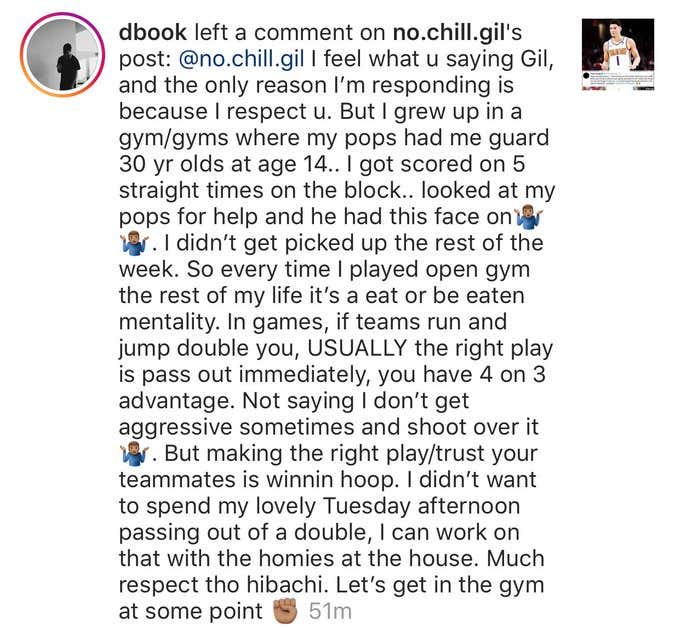 I mean call me crazy but anything that results in a 10,000 word Instagram post is pretty ridiculous. This is just way too much about such a trivial topic. Of course not everyone agrees with Arenas, guys like Trae Young chimed in

but it wouldn’t stop there. In classic KD fashion he unleashed a tweet storm on this whole subject that was certainly…interesting

Again, we’re talking about pick up basketball here. Everyone just needs to chill out. I will say though, I laughed at Iguodala’s take on this issue

Shocked that Durant would have picked up his ball and gone home if this happened at a Rico Hines run. Personally, I can see both sides. I get Booker thinking it’s weak because he’s there to work on moves and shit, but I also subscribe to the theory that you do whatever you can to win a pick up game and it can’t hurt to have some extra reps on dealing with double teams since he’s going to be seeing them during the year. If it was truly about “putting in work” to get ready for the season this shouldn’t be an issue. But because of Twitter and these clips going viral, I’m sure these dudes would rather try and put up a highlight than make the right basketball play coming out of a double team. That doesn’t make it wrong to do, it just means they don’t get their viral moment.

Honestly, this is only an issue in my mind because we’re in the dead period of the NBA calendar and people need to argue online about something. I can’t think that people truly care about this much, but nothing else is going on so here we are. We have NBA players writing full on blogs to one another on IG, we have Durant giving nobodies time of day, the whole thing is bananaland to me.

All I know is thankfully Team USA is back tomorrow so we can actually spend our time focusing on actual basketball.