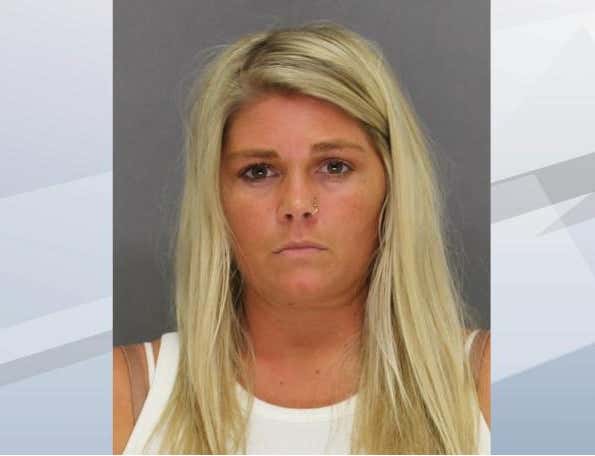 Wisconsin – A Green Bay school employee has been placed on leave as she faces charges of sexual assault of a student.

Jail records show Courtney L. Roznowski, 31, has been booked on charges of Repeated Sexual Assault of Same Child and Sex Assault of a Student by School Staff.

A court appearance is scheduled for 2:30 p.m. Action 2 News will be there and update this developing story.

Roznowski is listed as a paraprofessional at Southwest High School.

“The District and Southwest High School administration have been made aware of allegations of inappropriate conduct by a support staff member with a student. … The District asks that if anyone has additional information to contact the Green Bay Police Department. “

Let’s come right out and say it. There’s not a lot to go on here. That’s obvious. In fact, you can make that Courtney Roznowki’s story isn’t even GtNSST-worthy. But I don’t know, there’s just something about it that touches my heart. It’s a plucky underdog kind of story. Just like Green Bay itself. America’s biggest small town. That quiet little ‘burb that got an NFL team and took on the big metropolii. The tiniest media market in all the land that has kept their beloved team for a century. The one that is owned by the people themselves.

And Courtney reflects that. She’s not even a full time teacher. She’s a paraprofessional. Probably working 29.5 hours a week so the Green Bay School district doesn’t have to give her benefits. But she had the audacity to put down her Leinenkugel and her beer brat, slip out of that vintage Brett Favre jersey and compete with the pros. Call me overly sentimental, but I’ll grade that inspirational overachiever any time.

The Grades:
Looks: The dark roots. The nose ring. Those unrepentant eyes staring down the mugshot camera. Bra straps all over the place. Put a giant yellow plastic wedge of cheese on her head and she is winning the Miss Lambeau Tailgate Scene Pageant.
Grade: B-

Moral Compass/Bad Judgment: This is where her grade falls apart, I regret to say. We’ve got nothing. No color to her story. No nuance. Just the hopefulness that comes from the Green Bay PD asking for more information. We don’t even know if there’s any evidence. Even if we allow for the fact Green Bay is hardly a hotbed of Sex Scandal Teacher activity, there’s only so far you can get from being the underdog with the can-do attitude. You’ve still got to go out there and produce on the field.
Grade: D-

Intangibles: In Green Bay, Courtney Roznowski is considered to be the GOAT of SSTs. Don’t bother arguing the point. They think her record doesn’t matter and you can’t reason with them.
Grade: A