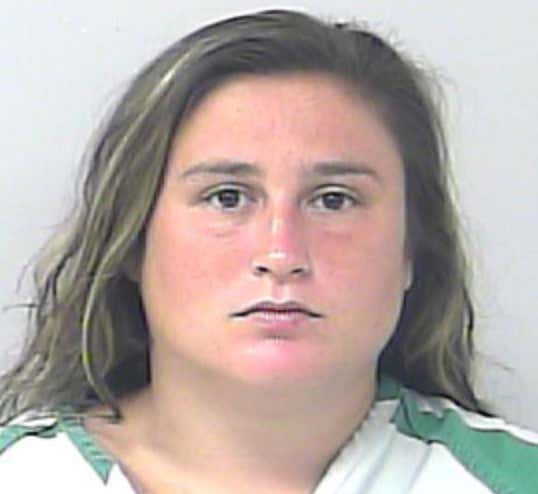 TSG – Chastity Bodnar, 23, got into a physical altercation with Coty Lee Havens, 26, Saturday afternoon at a residence in Fort Pierce, Florida… Havens said that Bodnar, pictured above, “got upset when he told her that she drinks too much,” police reported.

Havens said that an “enraged” Bodnar first “threw her phone at him striking him in the throat.” He then walked out of the house and into the attached garage, with Bodnar following, police say.

Inside the garage, Bodnar “took two beer cans” and proceeded to “Stone Cold Steve Austin my ass,” Havens said, adding that Bodnar “went crazy on him.”

“I observed two beer cans in the garage that appeared to be crushed in the general vicinity of where incident occurred,” a sheriff’s deputy reported.

CALL ME AN ALCOHOLIC ONE MORE TIME YOU JUDGMENTAL STUPID MOTHER FUCKER.

Unfortunately instead of a pin, 3 slaps of the mat, and a championship title belt, Chastity got a trip to her local jail with misdemeanor battery and domestic violence charges.

And that’s the bottom line, because Florida state laws say so.

via The Smoking Gun