If you’re a busy gal or guy with morbid curiosity who wants to get straight to the ‘ol cord snappin’, fast forward to second 00:26 of the video below:

A slingshot-type ride in Panama City, Florida failed just before launching passengers high into the air.

Saturday evening, two occupants were seated in the “Vertical Accelerator” at the Cobra Adventure Park when one of the cords shredded.

After the incident, the ride was closed and the passengers were removed.

Reverse bungee rides, sometime referred to as slingshots, ejection seats or a catapult bungee fling riders hundreds of feet into the air on elastic ropes.

Officials at the park told WMBB that the ride is currently open and inspectors will be checking the ride.

Uh… the ride is currently OPEN? And inspectors WILL be checking the ride? As in ‘they haven’t quite gotten around to that yet’?? Sounds about right for an amusement park. (Looking forward to winning those Six Flags tickets, Shaun Latham!!)

The passengers declined to comment because they were likely too busy waddling off to throw their boxer shorts in the wash. And I can only imagine how the riders right before them felt upon seeing this…

Also, after watching the video a couple times that busted bungee became glaringly obvious to me BEFORE it even snapped. Look at that one compared to the others: 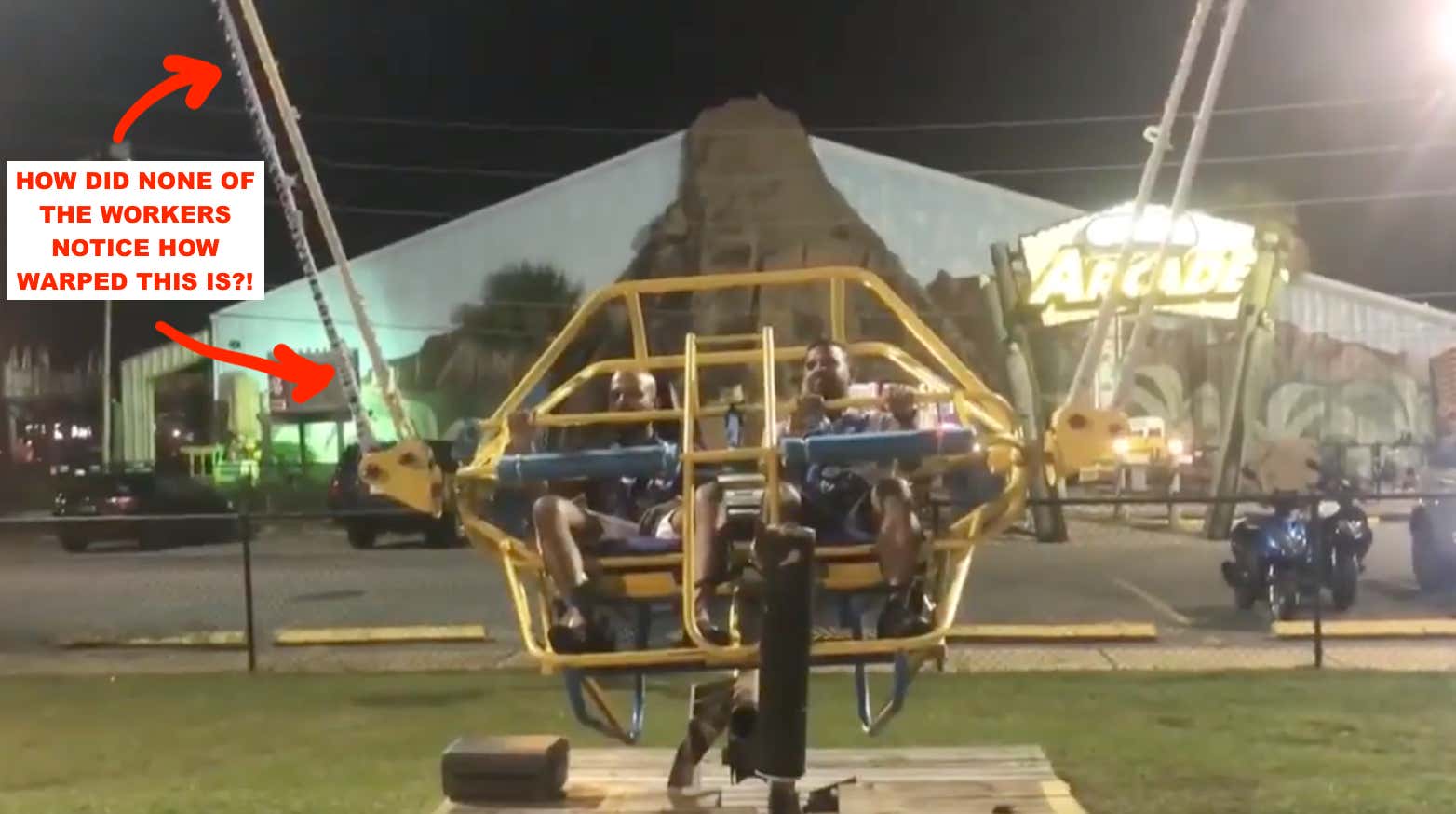 Glad that sucker went before those two guys went flying across Panama City & into the Gulf. In a weird way I imagine this will make the ride even more popular because now it’s got a scary story with it. How many drunk Spring Breakers will be willing to prove themselves after crushing a dozen Nattys?

(We didn’t die but I still looked like death by the end.)

(Though that tends to happen to me on any ride. Sad.)