This is how I was introduced to Bryce Harper. If you're a baseball fan and weren't watching Power Showcase events on Youtube, you aren't a real fan. Watching the baby face Harper and his sweet swing with a metal bat was awesome. This is an event they had in Tampa, obviously during Bowl Season, but nonetheless, Harper put up some moonshots. This was a nice preview to what we would eventually see. Only guy to hit an oppo taco in the event, hit multiple balls to the catwalk in right…. 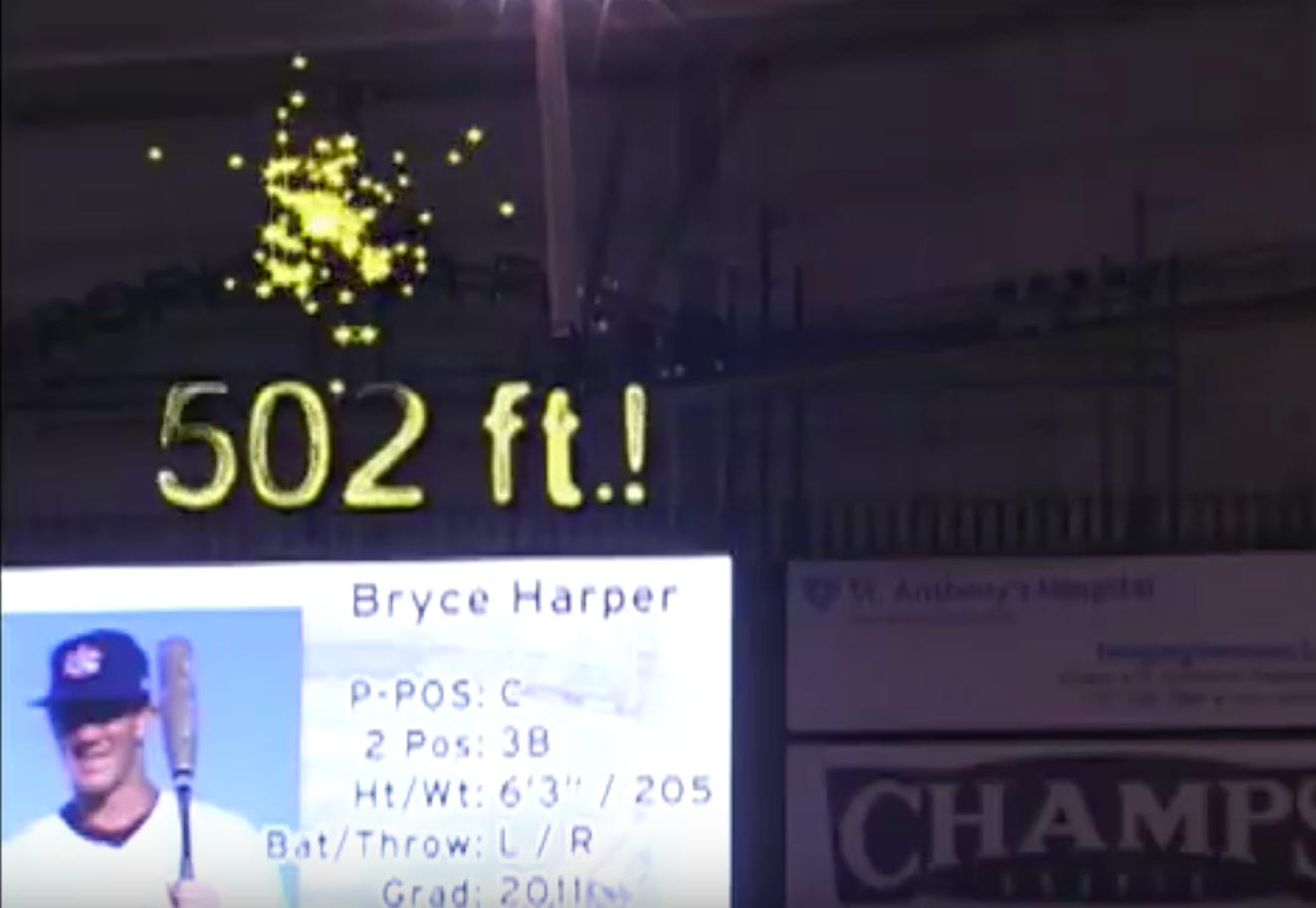