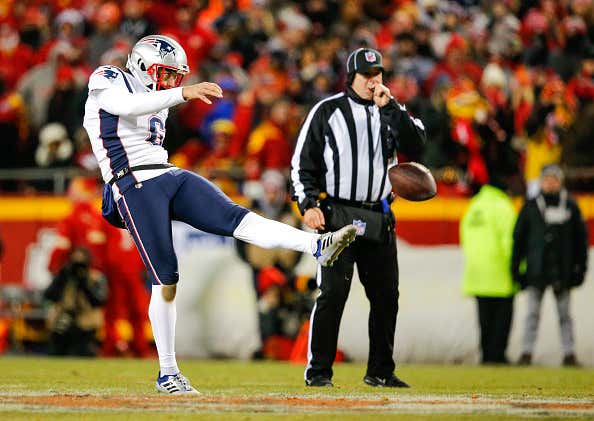 I don’t think it’s an exaggeration to say that of all the time NFL punters got released in NFL history, 99.9% of them were not newsworthy. Generally speaking, punters are regarded as the most dispensable athletes in all of teams sports. To fall back the worn out cliches, they are the Imperial Stormtroopers. The “Star Trek” crewmen in the red shirt who gets killed by aliens to move the plot along. The anonymous guy who gets shot and falls off the building doing the Wilhelm Scream.

But some punters fall into that other 0.1%. And one of them, is Ryan Allen.

Even as I sit down to blog this, I realize I’ll be mostly talking to myself and a handful of other obsessive Patriots nerds who appreciate what a difference maker he was. The latest in a long line of guys who fit Belichick’s fetish for left-footed punters. Suddenly being replaced by righty Jake Bailey out of Stanford, the one they moved up for in the 5th round of the draft. But to be sure, Allen will leave a legacy behind.

He was a part of three Super Bowl winners, coming to them undrafted out of Louisana Tech to replace the World’s Most Interesting Man, Zoltan Mesko. (Google him. I’m not here to do all the work for you.) Most importantly, Allen saved his best work for last.

No joke, he was in the conversation for the MVP of Super Bowl LIII. Ultimately, Julian Edelman deserved it. And it would’ve cracked fault lines around the Earth and plunged us into darkness like the asteroid that killed the dinosaurs if a punter had won. But Allen punted his ass off.

In the biggest defensive struggle in a title game in NFL history, here are where the Rams started their drives: 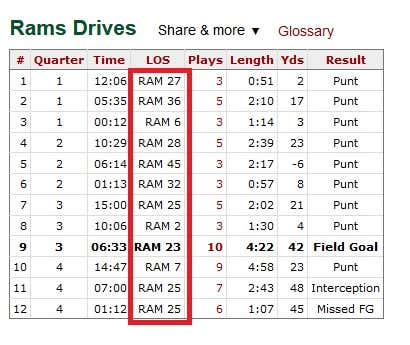 Not all those starting field positions came directly as a result of Ryan’s mighty shoe. But most of them did. Watch the tape for yourself. Or check out the Twitter feeds of the people who did it for you:

So, with that, the Patriots spending extra picks to draft his replacement is one of the most Patriots moves ever. One I wholeheartedly endorse. And I’m not just saying this after the fact. Here’s what I wrote after seeing Bailey in person for the first time in OTAs:

–Now here’s a sentence you don’t type very often. Or speak. Or think: I’m going to be interested in watching the punter they drafted. They actually moved up to grab Jake Bailey out of Stanford in the 5th, which seemed laughable right up until the time I saw at least five returners drop his punts. Julian Edelman, Phillip Dorsett, Rex Burkhead and one of the rookies all put the ball on the ground. Granted, it was about a 2-club wind out there and they haven’t had much practice. But this kid might just have a natural, for lack of a better word, knuckle to his kicks that makes them hard to handle? Maybe? We’ll see in late July.

Well, we did see. And have seen. And just last week I pulled a Lindy’s Sports Pro Football Draft 2019 magazine off my shelf to look at what they said about some of the Pats draft picks. (As the the kids say, my life is lit, yo.) And here is what they wrote about Bailey:

“Has been called a weapon by head coach David Shaw. … Bailey went on to set off a series of booming attempts throughout the week at the Senior Bowl and looked every bit the part of an NFL punter, showing why he projects as a Day 3 prospect. …

“A smart player who has graduated from Stanford and has strong off-the-field ambitions (which might be a plus or minus for the NFL). He once interned in the office of former Secretary of State Condoleeza Rice, a member of the Stanford faculty. And he is also working on his pilot’s license and enjoys flying planes recreationally.”

A weapon. Performed well when all eyes were on him. Smart. With a life outside of football. Sounds like the guy you draft to replace an almost Super Bowl MVP to me. I can’t wait to see Bailey punt. But if the Pats never have to, that’ll be fine with me too.