TMZ- Ezekiel Elliott says the security guard he pushed in a Las Vegas altercation demanded $500,000 in an attempt to extort him … this according to police docs obtained by TMZ Sports. The Dallas Cowboys star’s attorneys say they were emailed a complete list of demands from 19-year-old Kyle Johnson and his father, Kelly Johnson, after Zeke shoved Kyle at the Electric Daisy Carnival last May.

Police docs show Kelly emailed Zeke’s attorneys just days after the altercation with AT LEAST 14 things he wanted from the running back to stay quiet on the incident … including $500,000 cash.
The list of demands featured a public apology from Elliott, a press conference with Elliott and Kyle, $25,000 for the junior college football team Kyle played for, and signed jerseys from Zeke, Amari Cooper and Dak Prescott.

The demands list also included — among several other things — tickets to Cowboys games (both home and road), Ohio State games and a meet and greet with Jerry Jones and his son.

We all remember this Zeke Elliott story, right? Zeke slightly shoved a security guard at a show, he took a picture cheesing his dick off with Zeke and everything was supposedly gucci until it no longer was?

Well it turns out the kid and his dad requested up to 14 things from Zeke like they were filling out a Christmas list for Santa Claus. The story calls it attempted extortion, so any time I write the word extortion in here, I am referring to reported alleged attempted extortion and not calling any of the people in this story actual extorters.

Okay, the Barstool legal team should accept that explanation. Onto the power rankings of stuff Kyle and his dad reportedly requested from Zeke, listed from worst to first.

I firmly believe that if you ask for a public apology from someone, you are an asshole. Hell, if you ask for a private apology from someone, you are an asshole. If someone is truly sorry, they will say they are sorry. If they aren’t, they won’t. If you MAKE someone say they are sorry in public, everyone will know they are faking it because sincere apologies are like something that can be considered porn. You just know what it is when you see it. There are only 10 of the at least 14 things listed in the report. But no matter what else this kid asked for, a public apology is the ABSOLUTE WORST (said in Frank The Tank screaming voice).

I realize this gif has no sound. But you can still hear Frank’s voice even in gif form

To be clear, if Kyle asked Zeke to write out “I’m sorry for pushing you” 100 times, that would be higher than Dead Last because there was no worse punishment as a kid than having to write something over and over. Especially if your mom made sure you wrote it sentence by sentence like Bart Simpson instead of just writing it in a column word by word. 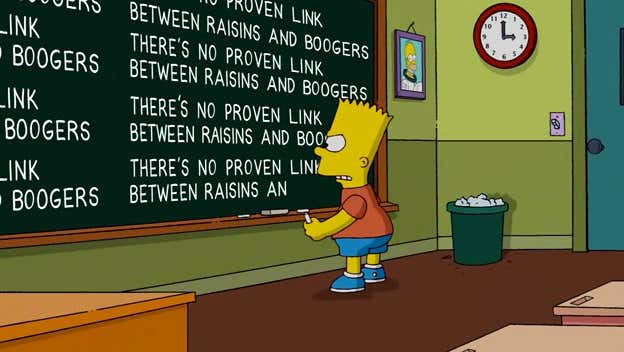 I cannot wait to feel the power trip I get the first time I sentence my kids to utterly mindless work that results in nothing but boredom and a sore hand. 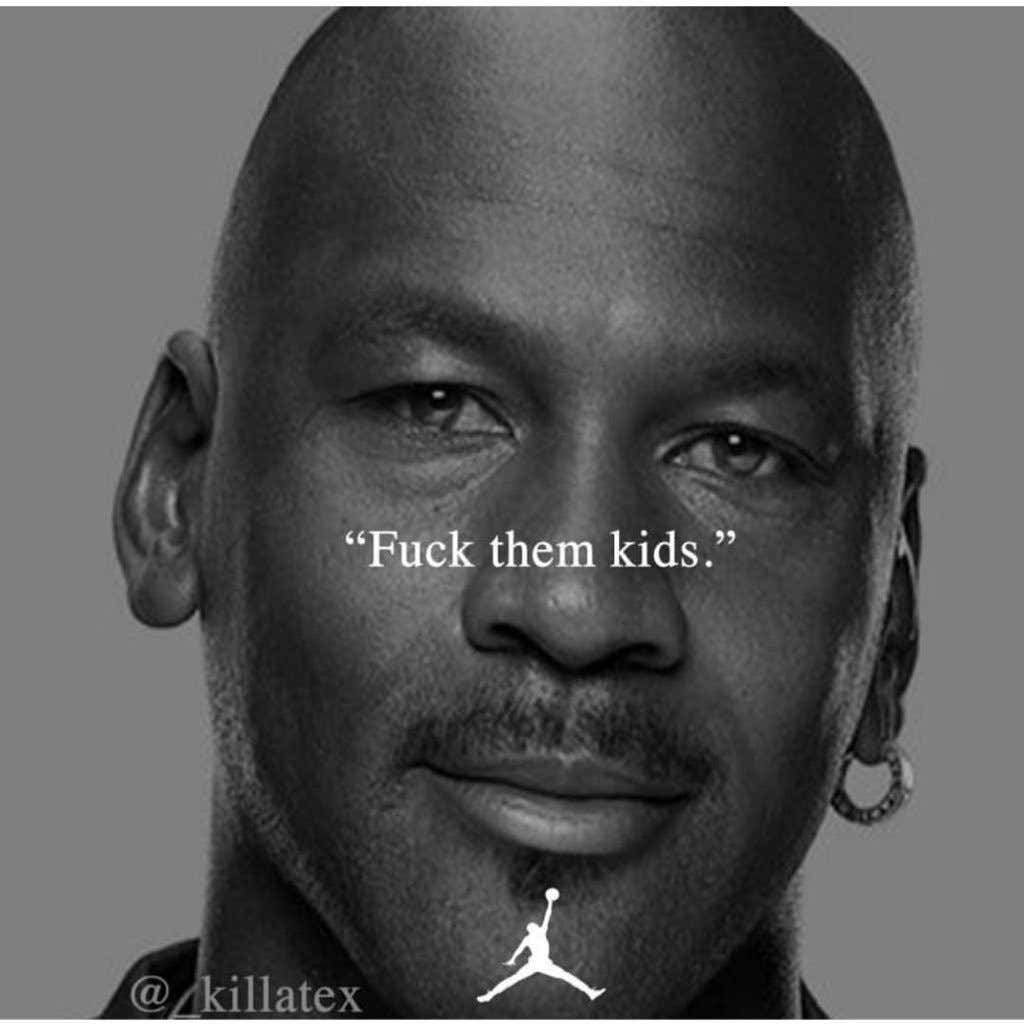 Look, I am all for helping out your alma mater or sports programs you used to play for. But spreading out your extortion treasure to outside organizations seems like it may leave some extortion breadcrumbs that lead back to you and the person you committed extortion to, which would end up with you losing all of your own extortion money, which is kinda the whole point of extortion. The one exception to this is if you played JuCo at EMCC because I love that team with all my heart, even if my favorite character from the show is onto bigger and better things at Troy. 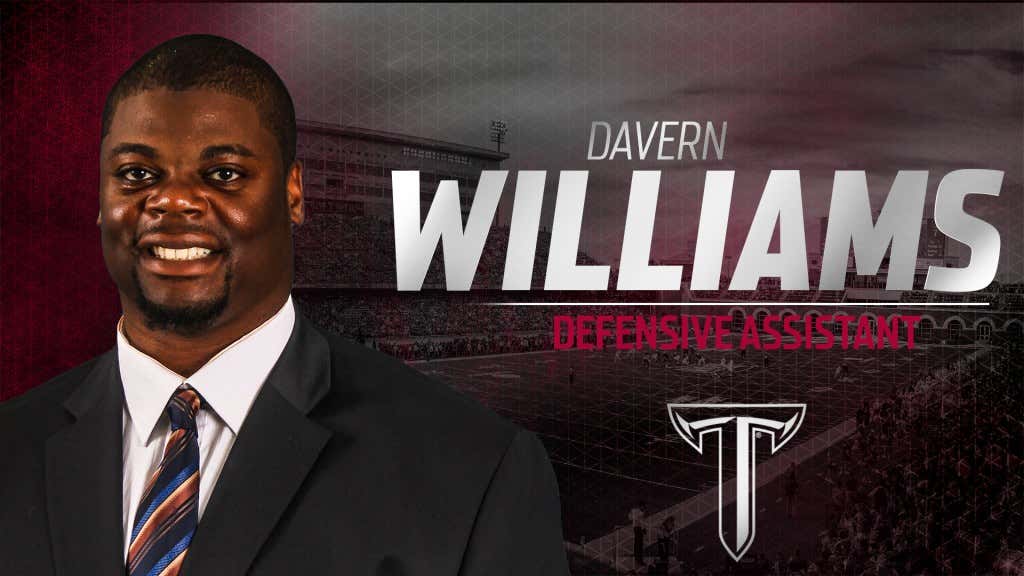 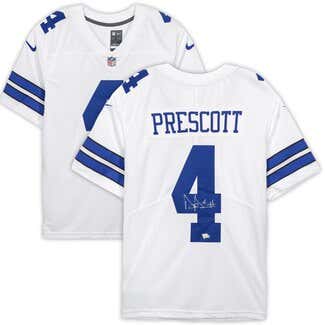 When you take a step back and think about autographs, you have to admit it is pretty fucking weird. Nothing like proving something you own was once touched by some famous person because their signature is on it. But whatever. I was an autograph person when I was younger, so I get that there is some appeal there.

However, wasting a perfectly trash Dak Prescott jersey by having Dak scribble his name on it seems like a waste of time and ink. Then again, any time you can use one of your extortion wishes to get a signed jersey of someone that put up these eye-popping numbers with one of the best offensive lines and running backs on the planet taking all the pressure off of him, you have to do it. 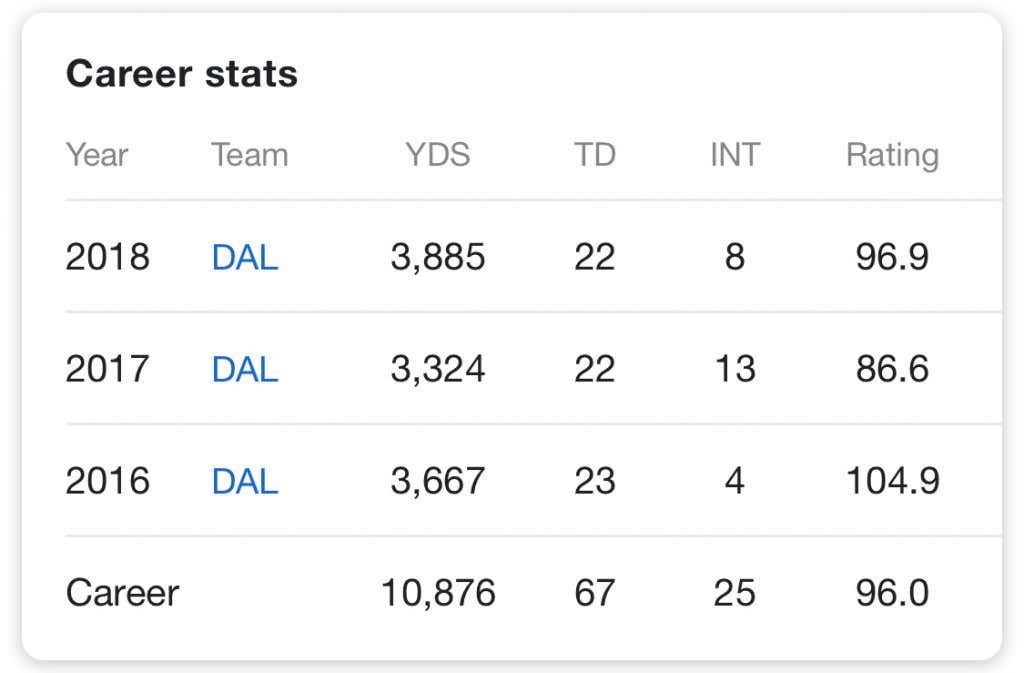 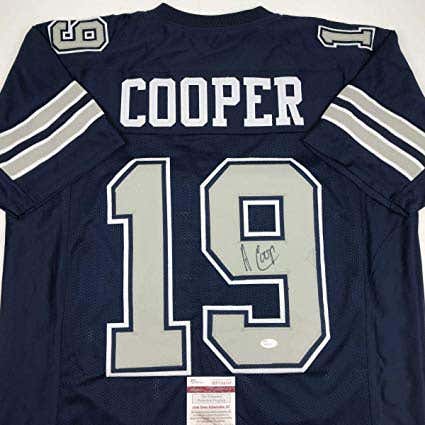 I’ll be honest, I don’t know what the fuck to think of Amari Cooper. I mean that as an NFL fan, a Giants fan, and a fantasy football player. He could go on to put up 1200+ yard seasons the rest of his career or turn back into a maddeningly frustrating boom or bust guy. If you are a Cowboys fan that wanted an autographed Cowboys receiver jersey, why not go with Michael Irvin or even Dez Bryant? If you are going to get anything signed by Amari Cooper, it should a picture of the time he made fun of Markelle Fultz’s free throw shot, which pretty much meant Cooper was officially no longer a bust since he was clowning a much bigger bust. 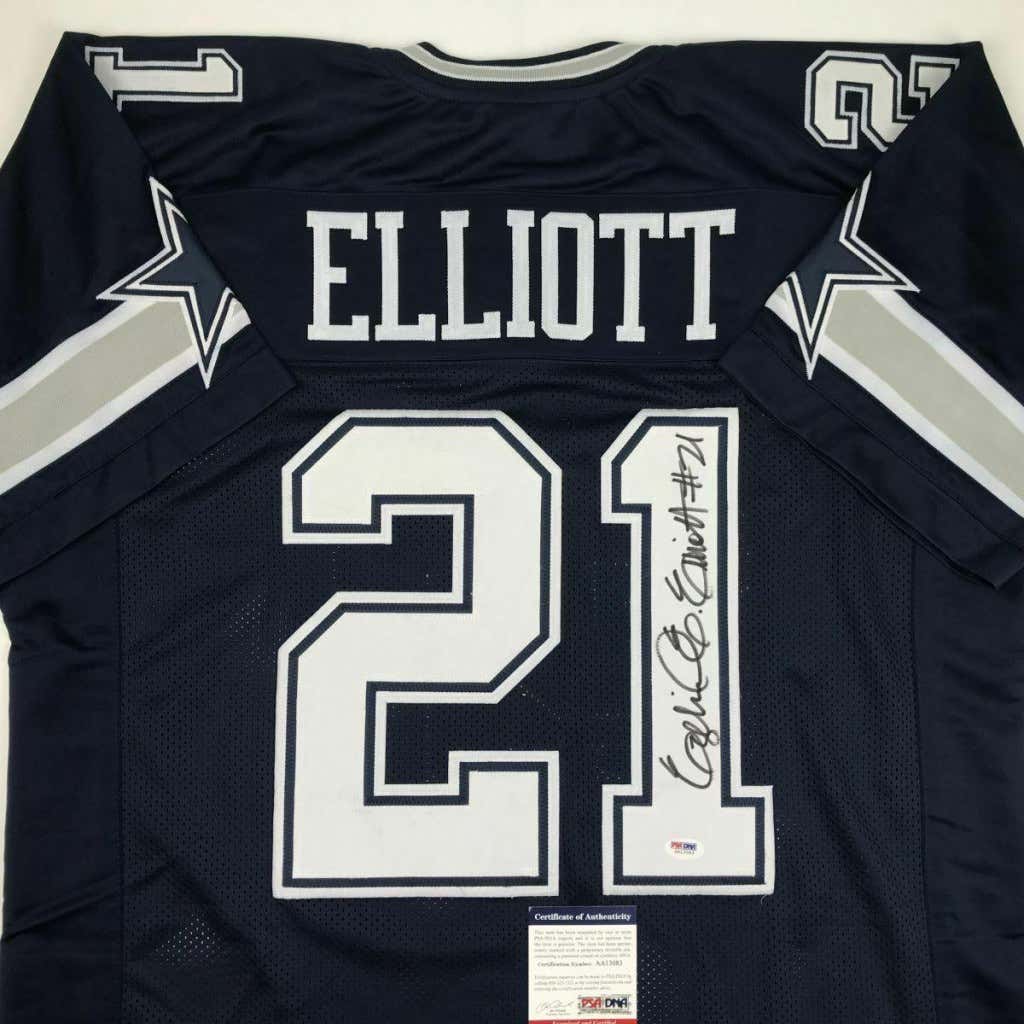 Out of the three of Dallas’ “New Triplets”, Zeke is the clear favorite to one day be wearing a gold jacket in Canton, which means his autographed jersey would sell for the most money. Would it be weird to ask the guy you were extorting for his literal shirt off his back after he signs it for you? Definitely. But I imagine people that make demand lists don’t have all that much shame.

Anyway, if you are going to allegedly extort people, you have to grow up from the autograph phase of life and into the adult phase of life. 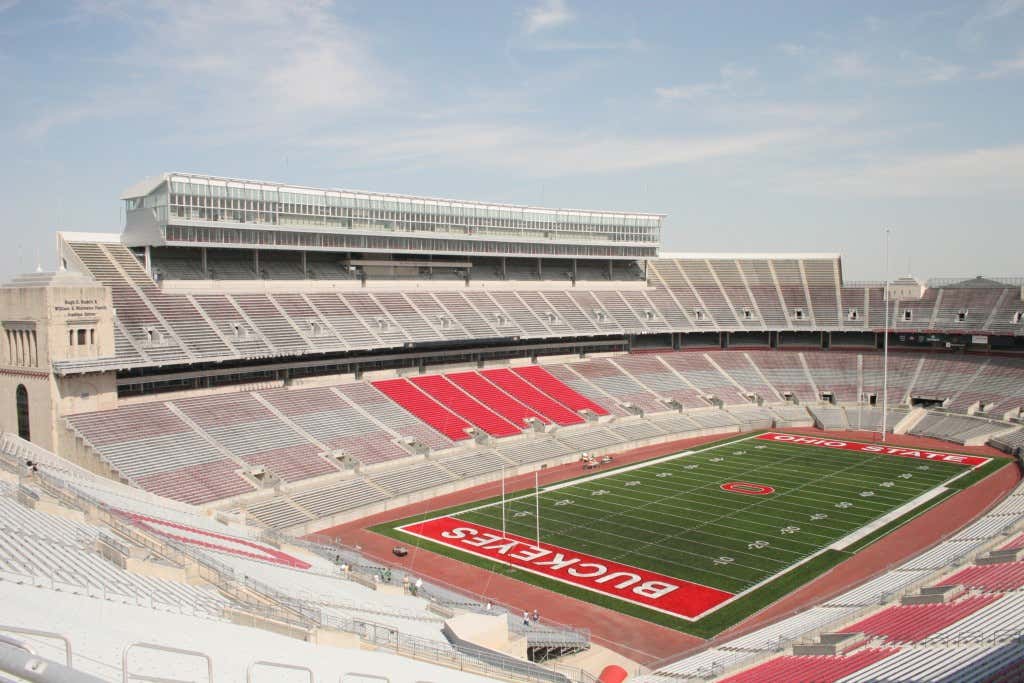 I’m admittedly a pretty casual college football fan, but I know Urban Meyer is no longer there which means their chances of being a National Championship contender have to drop at least a little bit, which would in turn cause ticket prices to go down and chances of an angry mob lighting their furniture on fire as you try to navigate your way the fuck out of Columbus ASAP.

However, I also know the Buckeyes were number 5 in the polls that just came out because everyone and their mother quote retweeted their opinions on my timeline. So maybe The Ohio State isn’t prime for a collapse yet. However if I did want tickets, I would just go to SeatGeek and use promo code Podfathers for a primo discount. 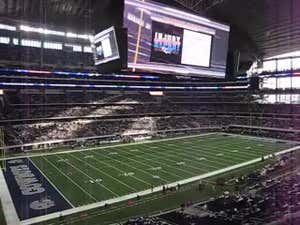 I’ve never been to Jerry’s World, but everything I have heard about it is that it’s a technological marvel that must be seen in person at least once by anybody that appreciates football and/or the comical over-opulence of ‘Merica. So taking in multiple NFL Sundays in the comfort of Cowboys Stadium would probably be pretty fucking awesome, at least until you had to go to another stadium or watch the games on your own TV. Then I imagine it would be ruined for you, like if you play Madden with Madden Vick and then try to play with any QB that can’t run or throw for a touchdown at any given moment. And again, I could just go to a Cowboys game myself for a discount if I used the promo code PODFATHERS at checkout. Once again, that’s PODFATHERS at checkout*.

*Now that I think about it, I’m not sure if the Podfathers promo code is still active or not. But try it then tell everyone at the game that your ol’ pal Clem sent you

This would be number 1 on any other list because you should always thinking about straight cash homie any time you are hit by a celebrity. If Zeke ever came into Barstool HQ, I would be looking to draw contact and flopping like Manu Ginobili every time he walked around a corner in hopes of being able to one day spend some of his hard earned money. However I don’t know how much would be too much to ask for where I would get laughed off the phone and how much is too little that Zeke would pay it without thinking twice. To be honest, I don’t know if $500,000 is too much or not enough money because I don’t know how to play my extortion hand to a guy still on his rookie deal. I guess I could talk myself into that $500,000 cash technically being a million dollars before taxes if it was taxable income and my common man tastes could make half a milly go pretty fucking far. But the mental torture to pick the right number would drive me crazy before I inevitably high-balled or low-balled myself out of a big payday because I am a fucking idiot with no sense of how to negotiate. 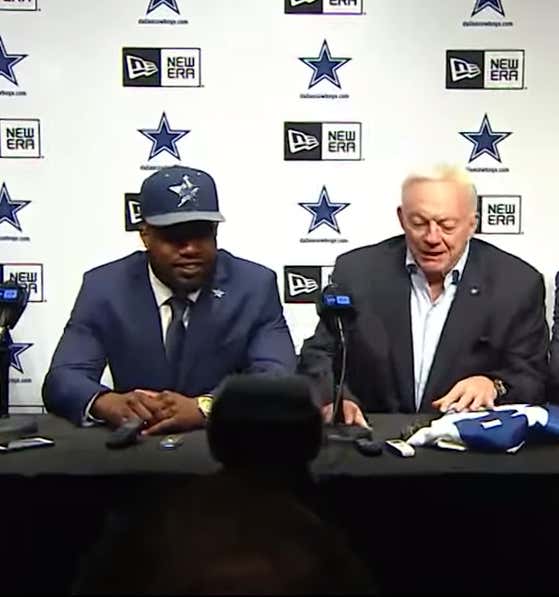 I wouldn’t care one iota about being at some weirdo press conference with Ezekiel Elliott, which I’m guessing would include that shitty aforementioned public apology. But since the entire NFL world would be watching a Zeke press conference because it could cause shockwaves throughout the NFL and fantasy landscapes, I would completely sell out every inch of my massive body with ads for companies that want their #brand to be seen to the point it would make NASCAR drivers blush and would feel like I earned that money since it was all my idea. 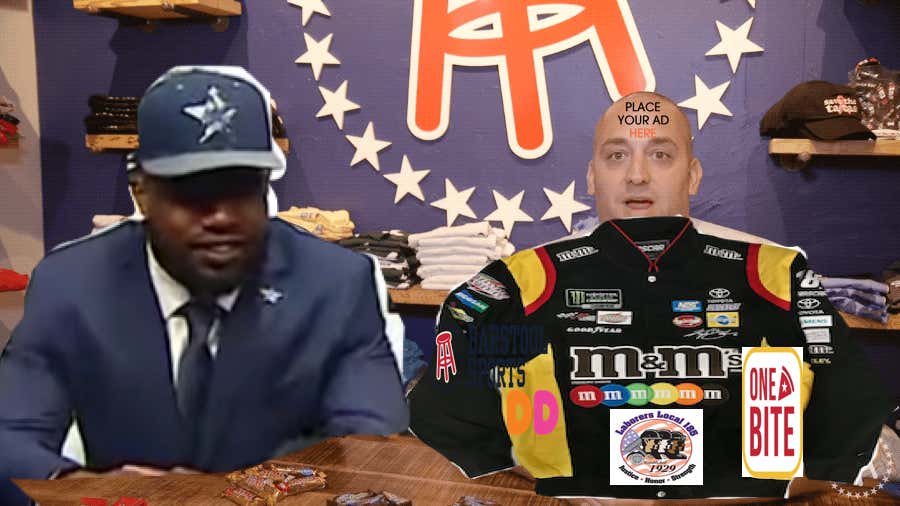 1. Meet And Greet With Jerry Jones And His Son

Number. One. With. A. Bullet. Now lets be clear, the “Meet and Greet” I’d be asking for wouldn’t be some lunch at a Dallas restaurant followed by a quick Q & A about the Cowboys and an autograph. This is about spending at the very least a weekend with Jerry Jones living the Jerry Jones life. Some things are bigger than money and being able to live the experiences that Jerry Jones lives whenever he wants to blow off some steam on a yacht or hunting the most dangerous game, trumps everything. Even $500K or becoming an entrepreneur by selling your body for ads.

And in case a day in Jerry Jones Fantasy Camp wasn’t enough, if the stuff Jeruh does in his personal time is as crazy as I imagine it to be, I may be able to roll over my extortion demands from Zeke to Jerry like a fisherman using a small fish as bait to catch a big fish. Straight up Extortion 101. And if Jerry Jones doesn’t do anything Jerry Jonesish, I still imagine it would be the best time of my life that money couldn’t buy.